Each of the other nine NWSL clubs will visit Lynn Family Stadium in 2021. 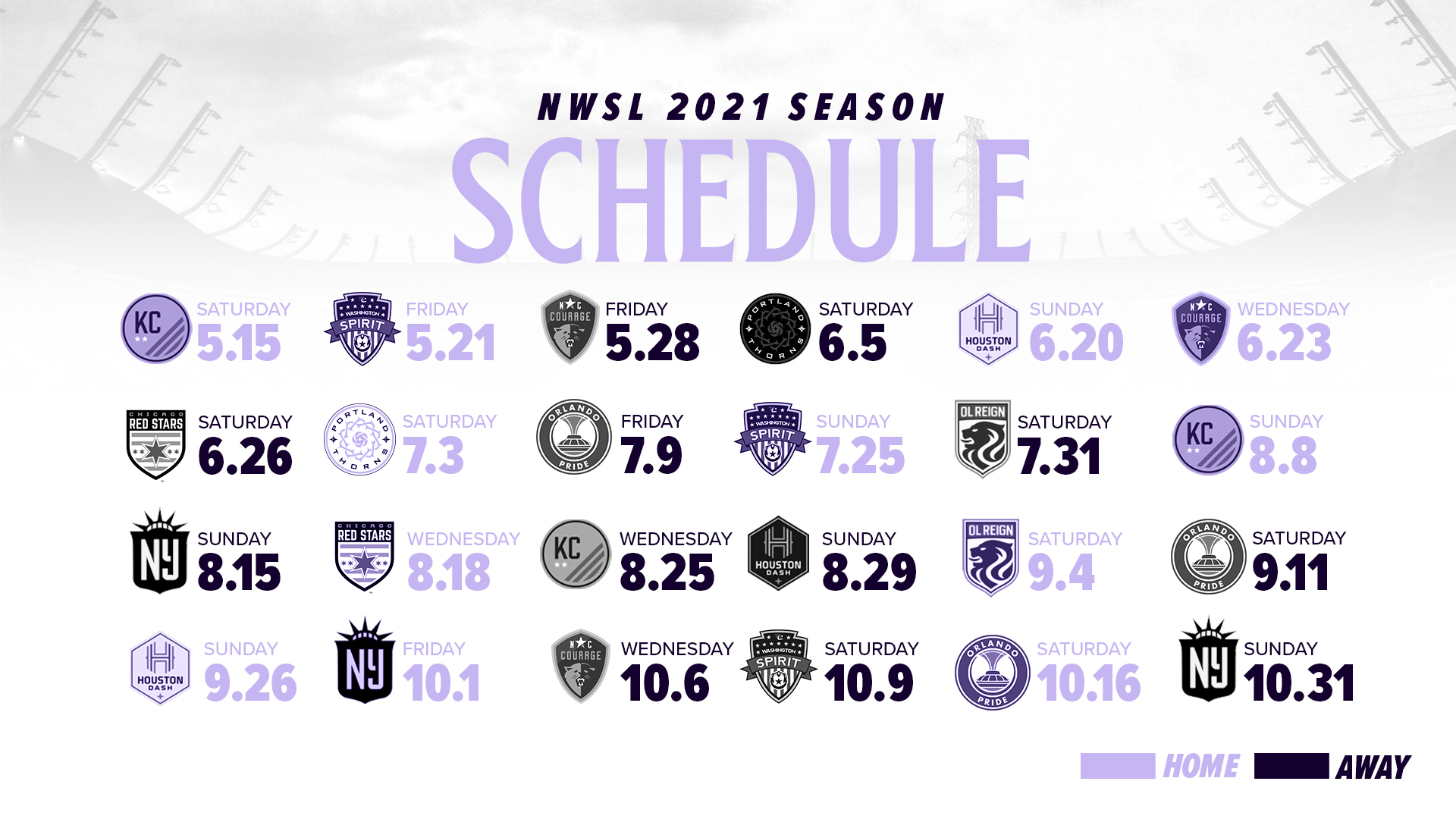 Racing — which is in the midst of the preseason Challenge Cup tournament — will kick off its inaugural campaign at home on Saturday, May 15, against fellow NWSL newcomer Kansas City. The former Utah Royals FC franchise relocated to Kansas City this season and carried over most of last year’s roster, including captain and former U.S. Women’s National Team striker Amy Rodriguez.

Plenty of domestic and international power will pass through Lynn Family Stadium for the first time this year with Kansas City, the Houston Dash and Washington Spirit visiting twice. Racing will have an away day at each NWSL club at least once and make two trips to play the North Carolina Courage, Orlando Pride and NJ/NY Gotham FC.

Season tickets — including a number of perks, among them an exclusive team scarf and merchandise discounts — are available by visiting RacingLouFC.com or calling (502) 568-2489.

“We are very excited to have the schedule now,” said Racing’s head coach, Christy Holly. “It is something that we can build into all of our preparation date by date where we will be, who we are facing and the type of games that we will be preparing for. Most importantly, we are excited to have the fans in our stadium.”

“Louisville is a city that people have overlooked. The energy, enthusiasm and passion that our fans have brought is something that our players live off, and I think the opposition team will get a good appreciation of what we are trying to do.”

Included in Racing’s schedule is day one of The Women’s Cup, an in-season tournament that will see European giants FC Bayern Munich and Paris Saint-Germain playing in Louisville. Racing hosts the Chicago Red Stars as part of a Wednesday, Aug. 18, doubleheader featuring Bayern vs. PSG. Winners will play one another Saturday, Aug. 21, along with a third-place game.

Most Racing games in 2021 fall on weekends, aside from a few Wednesday dates. Those exceptions include home and away games against the North Carolina Courage on June 23 and Oct. 6, The Women’s Cup opener and an Aug. 25 visit to Kansas City.

The NWSL regular season runs through the Olympic Games rescheduled from last year. Racing plays twice during that window, hosting the Washington Spirit on July 25 and traveling to play OL Reign on July 31.

The last of 26 games falls on Oct. 31 at Gotham FC. After that, the NWSL’s top six teams advance to expanded playoffs taking place in November. The NWSL Championship game will land on the weekend of Nov. 20.

With a full broadcast schedule pending, all games will be available on CBS, CBS Sports Network or the Paramount+ streaming service. Fans outside the United States can see games live on Twitch.

Game times below are tentative and may change based on broadcast assignments. Fans can visit RacingLouFC.com/2021-schedule to sync the club’s game days to calendars.