Preview: What to watch for with Racing Louisville vs. North Carolina

It's a must-win match for both sides in the NWSL's Challenge Cup. 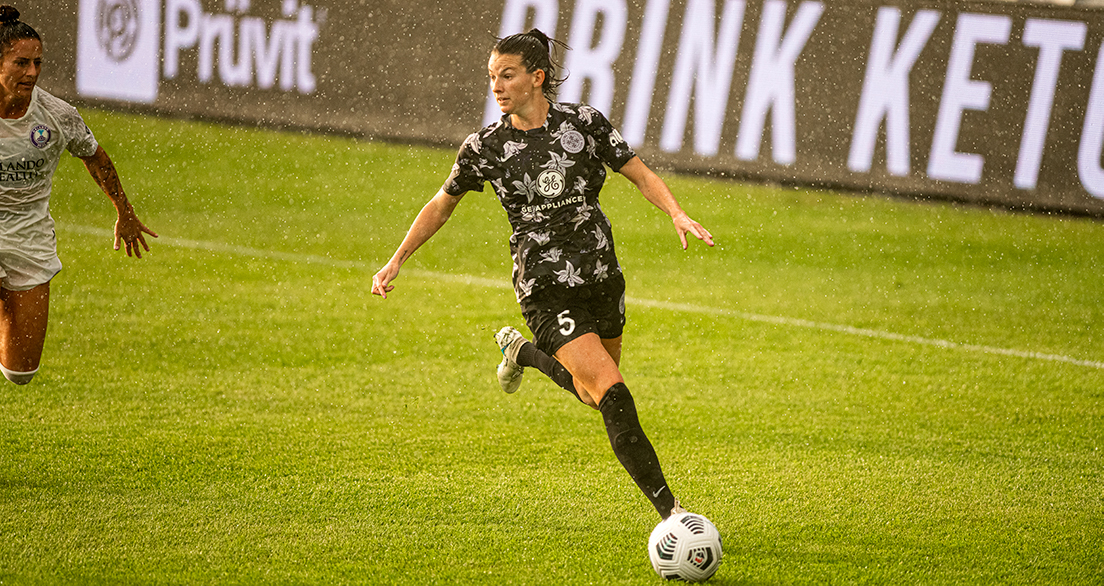 Aiming to bounce back from the club’s first loss, Racing Louisville FC returns home for a 6 p.m. Monday kickoff against the North Carolina Courage at Lynn Family Stadium.

The 2021 NWSL expansion side followed up a 2-2 draw April 10 with the Orlando Pride by playing the Washington Spirit to a 1-0 defeat on April 15. A matchup with North Carolina marks the first of two remaining group stage games within the Challenge Cup, a preseason tournament.

In that respect, Racing’s in need of a victory to keep pace with its peers, mainly NJ/NY Gotham FC, which has accumulated six points thanks to a 2-0 start to the Challenge Cup.

The Courage were most recently beaten by Gotham FC in a wild, 4-3 away game. North Carolina is a perennial NWSL power having won the league title in 2018 and 2019, the last two years consisting of a full regular season pre-pandemic.

Since Racing’s first home game, played in front of a sold-out crowd of 5,300 fans at Lynn Family Stadium, state restrictions on outdoor events have eased. Up to 50% capacity will be allowed Monday in a venue that can accommodate 15,304.

“I think these games are coming to us at a very good time where we wanted to experiment with various partnerships and tactics on the field. You look at North Carolina and they are probably the best club in NWSL history. They are probably going to give us some unique challenges. They will be very motivated coming on the back of their performance Tuesday night. I think they will be a real threat to us. That is something that we do not fear. We respect it but we don’t fear it. I think that if we put ourselves in these competitive games and showcase what we can and can’t do it will be very beneficial for us.”

“I think some of the things that I can take away from it. We want to make every game competitive. We want to be involved in every single game. We are not looking to scurry and hide. We want to show up and try to make an impact very quickly.”

Stream the match on Paramount+ and internationally on Twitch with play by play from Mike Watts and color commentary by Kalyn Kyle.

Opposition Preview: Since relocating from New York to North Carolina in 2017, the Courage franchise has become the most decorated club in the NWSL, winning three straight shields from 2017-2019 to go with its playoff titles.

But North Carolina has questions to answer having lost multiple standout performers over the past year, namely U.S. internationals Sam Mewis and Abby Dahlkemper who both joined Manchester City in England and Crystal Dunn, who signed this past offseason with the Portland Thorns.

The Courage are 1-1 in Challenge Cup play having defeated Washington by a 2-1 score in their opener.

The Challenge Cup: This tournament — first held last season when the NWSL returned to play amid the COVID-19 pandemic — gives Racing four games to tune-up for the regular season starting mid-May. Orlando, the Washington Spirit, North Carolina Courage and NJ/NY Gotham FC make up the rest of the East Division, with the top points earner to play the winner of the West Division including the Chicago Red Stars, Houston Dash, Kansas City, OL Reign and Portland Thorns FC for a trophy.

Sellout Crowd: Racing played to 5,300 fans in its inaugural game, with all seats sold out at a limited stadium capacity. Since then, state regulations have bumped the maximum Lynn Family Stadium crowd to 50% of the 15,304-capacity venue. Fans will continue to follow stadium operator ASM Global’s Venue Shield safety protocols, which make donning a mask/face covering mandatory at all times except when actively eating and drinking.

International Window: Monday’s match against the Courage will provide a new challenge for Racing after its previous two occurred during a FIFA international window. Orlando was missing forward Alex Morgan, while Washington was short defenders Kelley O’Hara and Emily Sonnett. It’s expected North Carolina will be at full strength Monday with its international star power in what’s considered the world’s top women’s soccer league.

North Carolina Connections: Five of Racing’s 22 rostered players have connections to North Carolina. Both defender Addisyn Merrick and midfielder Lauren Milliet played for the Courage before they were selected by Racing during the 2020 NWSL Expansion Draft. Additionally, Julia Ashley, Emily Fox and Taylor Otto all played collegiately about 20 miles up the road at the University of North Carolina.

Managerial Matchup: Racing coach Christy Holly has faced off against Courage head coach Paul Riley four times. During those meetings, Holly posted a 1-3 record against Riley while leading Sky Blue FC, now known as NJ/NY Gotham FC. Two of the defeats came prior to the Courage relocating from Buffalo, New York, as the Western New York Flash to their current base in Cary, North Carolina.

Late Trends: Racing has both scored and conceded in the dying minutes of its first two games, allowing goals in the 44th and 88th minutes against Orlando before a 93rd-minute game winner was allowed at Washington. But also against Orlando, Brooke Hendrix scored a 93rd-minute goal of Racing’s own to equalize and help the club pick up its first point.

New Arrival: After giving birth to her second child in December, forward Cheyna Matthews has already started training in Louisville. Matthews, whose playing rights were acquired last fall as part of the Re-Entry Wire, has signed and is working her way back into playing shape. The Florida State grad has gone through this process once before, returning from her first child’s birth months later to represent Jamaica for the 2019 World Cup.

Reinforcements Coming: Racing Louisville and Manchester City last week announced the transfer of English international defender Gemma Bonner to the NWSL following a decade playing in her home country, where she has won both league and FA cups. Bonner will arrive upon obtaining her visa, and when speaking about Bonner’s signing, Holly teased more potential player additions on their way.