Fans who get a COVID-19 vaccine dose will receive free admission to Racing-North Carolina. 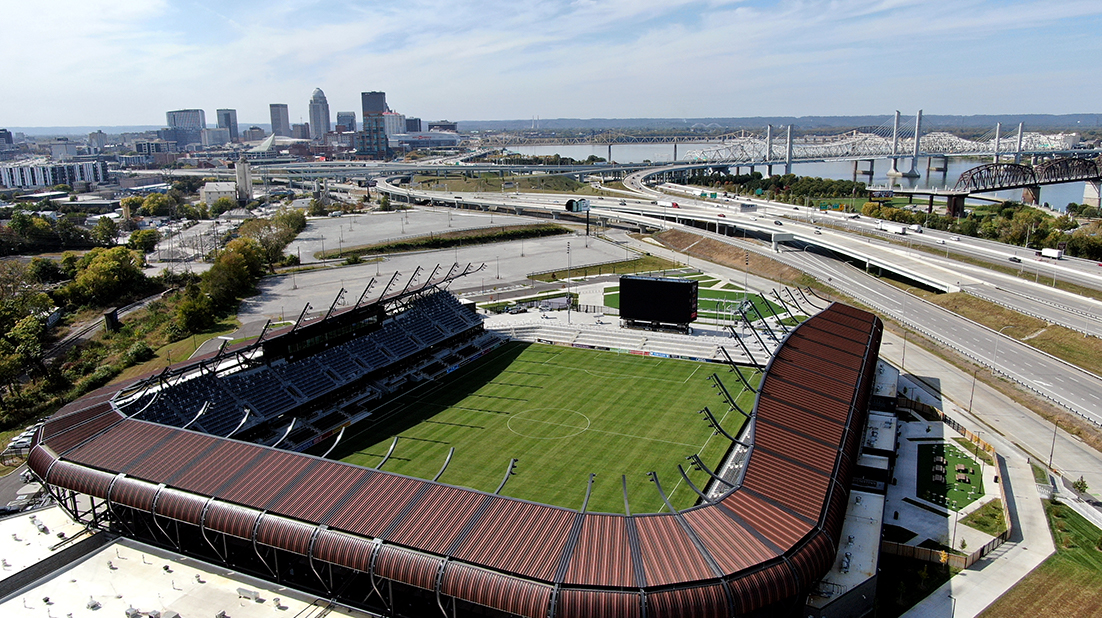 Racing Louisville FC has joined Gov. Andy Beshear’s Team Kentucky Vaccination Challenge aimed at getting 2.5 million Kentuckians administered a COVID-19 vaccine, leading to a lift of most capacity restrictions around the state.

A vaccination site will be run Monday at Lynn Family Stadium by Lexington-based Wild Health in conjunction with Racing’s game against the North Carolina Courage. Wild Health has set up 25 similar vaccine sites across the state; however, this is its first sporting event pop-up to date.

Fans who sign up to receive a vaccine dose at the game receive free admission. Those who get vaccinated at Lynn Family Stadium but already have a ticket will be given a voucher to attend a future game free of charge.

Racing kicks off at 6 p.m. against North Carolina in just its second-ever home game. The vaccine appointments are available from 5-8 p.m. at kyvax.com.

“We received a call from Gov. Beshear’s office last week asking us to consider sporting events as new venues to vaccinate,” said Dr. Luke Murray, director of COVID for Wild Health. “He felt Racing Louisville FC would be a good place to start and a great partner, and he was right on both accounts.”

Nearly 1.7 million Kentuckians have thus far received at least one COVID-19 vaccination dose, according to the governor’s office

“We are proud play a role in helping get 2.5 million Kentuckians vaccinated,” said Racing Louisville FC’s president, Brad Estes. “Reaching that goal is meaningful most importantly for our health and wellness, but also in opening up venues like Lynn Family Stadium. We can’t wait to welcome a full house for the first time, hopefully soon.”

In March, Wild Health was awarded a contract by the state and asked by Kentucky’s Commissioner of the Department for Public Health, Dr. Steve Stack, to “get shots in arms” at as many locations as possible. Racing Louisville put all the logistical steps in place to make that happen at Lynn Family Stadium within a week of first contact.

An expansion club in the NWSL, the world’s top women’s soccer league, Racing continues play next week as part of the Challenge Cup tournament preceding its inaugural regular season starting on or around May 15.

In its previous home game, the club equalized in stoppage time to register a thrilling, 2-2 draw April 10 with the Orlando Pride. Racing is in pursuit of its first victory Monday against the Courage, a historically strong NWSL side that features U.S. Women’s National teamers Lynn Williams and Jessica McDonald.