Racing Louisville out to show it's not just 'another expansion team'

The side has battled more veteran teams to a draw and close loss through two games. 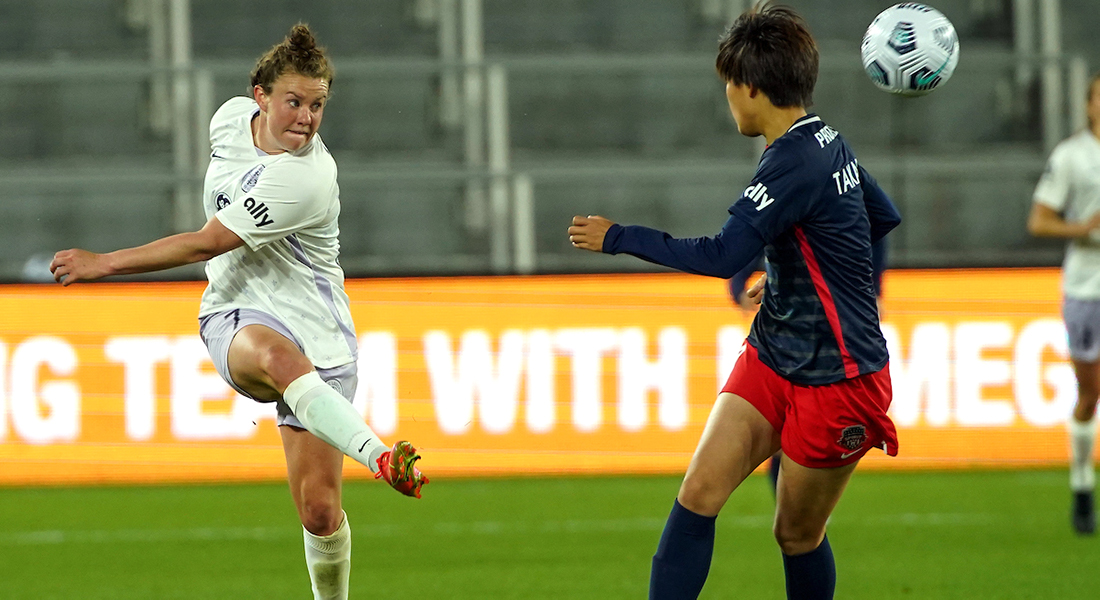 Despite a defeat, the club had followed up a 2-2 draw with the Orlando Pride in their debut by nearly earning another point against Washington.

“We’re resilient. We’re hungry,” McCaskill added. “We want to show that we’re not going to be another expansion team that (says), ‘It’s our first year in the league. We’ll always be kind of thin.’

“We want to really come in and show that we’re here to compete. We’re here to win games. Of course that’s going to come with some hard moments as well, but everyone’s willing to put in the hard work and continue to grow from these experiences.”

Racing’s roster skews young with McCaskill, all of 24 years old, among its leaders alongside of captain and veteran goalkeeper Michelle Betos.

With its roster assembled mostly through expansion and college drafts, a number of Racing regulars are going through their first experiences starting NWSL games or, in the case of Taylor Otto and Vanessa Kara in Thursday night’s contest, making their pro debuts.

So there is obvious learning to do, especially given Orlando put Racing down a goal late before the club pulled out an equalizer. There wasn’t time to recover after conceding in Washington.

“We have to figure out how to put together a solid performance,” McCaskill said. “I think that we learned (Thursday) that our not-so-best effort in 90 minutes isn’t good enough in this league to come out with a win or a draw.

Racing had its bright moments Saturday, particularly in the first half. Freja Olofsson touched a ball over the bar on a fifth-minute corner kick, and an on-target shot from Emina Ekic in the 21st minute required a nice save from the Spirit’s goalkeeper.

However, Washington controlled most of the second half, out-shooting Racing 13-4 on its way to a game-winning goal, when Tori Huster put a ball through to Trinity Rodman, who crossed to Ashley Sanchez for a one-touch finish.

“I think that it is a learning moment,” McCaskill said. “We have to be crisp in our passes. We have to be willing to work for 90 minutes. When the going gets hard and we are not clicking on offense, we have to dig in. We have to win those tough situations and win those hard-fought games.”

Racing had five days between Game 1 and 2. This time, there’s more than a week to rest, recover and continue the learning process before its final two games in the NWSL’s Challenge Cup tournament. Louisville hosts North Carolina Courage on April 26 before finishing group stage play against NJ/NY Gotham FC on May 2.