Preview: What to watch for with Racing Louisville at Washington Spirit

The club will makes its first road trip to Washington, D.C., for a.7 p.m. Thursday kickoff. 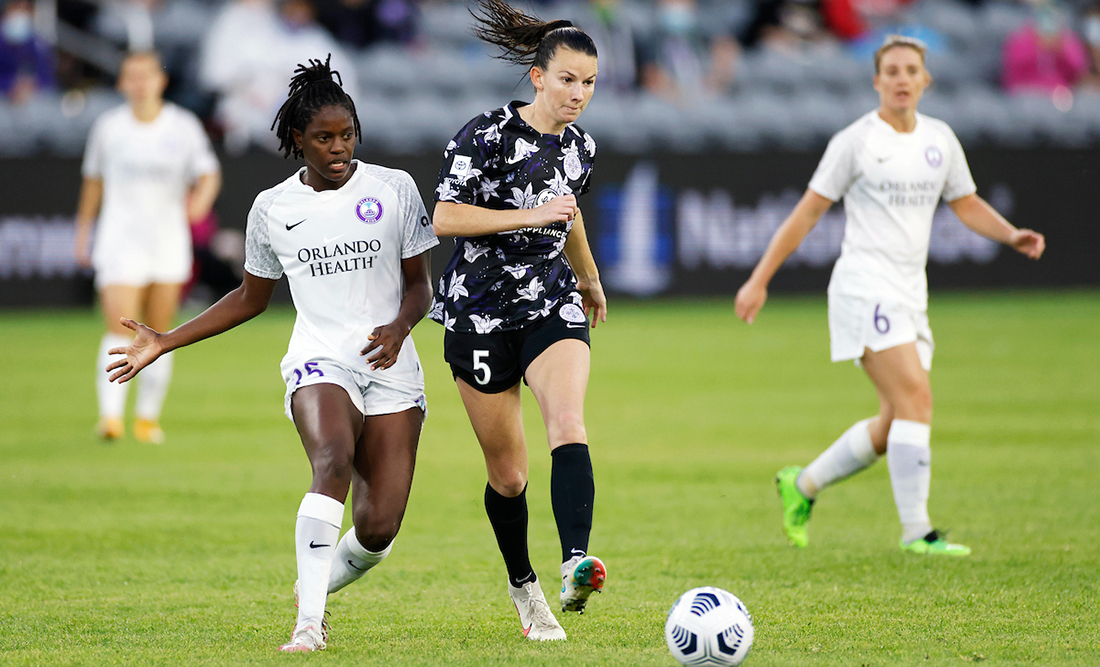 Having burst onto the NWSL scene over the weekend, Racing Louisville FC will look to maintain its momentum when traveling to the nation’s capital for a 7 p.m. Thursday kickoff against the Washington Spirit at Audi Field.

Racing earned its first point Saturday in dramatic fashion, equalizing in stoppage time versus the Orlando Pride to cap a 2-2 game complete with a driving rainstorm, subsequent rainbow and a memorable, 93rd-minute celebration at Lynn Family Stadium.

Earlier Saturday, the Spirit opened play in the NWSL's Challenge Cup tournament with a 3-2 away defeat to the North Carolina Courage.

Clubs on either side of this week’s matchup, then, will be seeking their first victories in Challenge Cup play. After four games apiece, top teams from the East and West divisions will advance to a May 8 final.

The 20,000 capacity Audi Field is also home to Major League Soccer’s D.C. United. It will be closed to the public Thursday with the game’s live streaming broadcast to air on Paramount+ in the U.S. and Twitch internationally.

“It is a very quick turnaround. I think for us, it is a quick review about what happened and a quick bit of preparation about Washington, what they are trying to do and how they can hurt us. I think the most consistent theme here is where do we want to go and how we want to grow. There were many parts of the game that I was frustrated with and thought we could do a better job but that is all part of growth.

"The first challenge is the turnaround. It is a quick turnaround because we have a little bit of extra travel to do in that small space of time. I think you look at their team and it is a very talented team. If you let them play their way, they can hurt you very very quickly through different sources such as Ashley Hatch, Ashley Sanchez and Trinity Rodman. For us, we have to go into the game well prepared for them. I think we have to do a better job defensively than we were on Saturday. I also think we can be more clinical going forward too."

Stream the match on Paramount+ and internationally on Twitch with play by play from Mike Watts.

Know the foe: Boasting a combination of youthful contributors and experienced veterans, the Spirit provide a unique challenge after finishing second in the 2020 Challenge Cup’s preliminary round. Spirit forward Ashley Sanchez was recognized as the Future Legend of the tournament before Washington finished third in the 2020 Fall Series with a 2-0-2 record.

In the offseason, the Spirit strengthened their back line by signing U.S. Women’s National Team defenders Kelly O’Hara and Emily Sonnett, both of whom will be gone on international duty Thursday. Additionally, midfielder Andi Sullivan, who missed most of 2020 with a meniscus injury, was called up to represent her country.

The Spirit opened the Challenge Cup with a 3-2 defeat to perennial league power North Carolina Courage. After going up early from a goal by Kumi Yokoyama in the fourth minute, the Courage scored three straight goals. Trinity Rodman, selected No. 1 overall in the 2021 NWSL Draft, ended the deluge in the 60th minute with her first professional goal.

Trivia question answered: Who scored the first goal in Racing history? Cece Kizer wrote her name into the record books Saturday when she got behind the Orlando defense and slotted a shot past U.S. international goalkeeper Ashlyn Harris, also marking her first NWSL goal. The 12th-minute strike was assisted by defender Emily Fox.

Late heroics: Racing, which went down in the 87th minute on a wonder strike by Orlando’s Abi Kim, showed plenty of fight to answer. Three minutes into stoppage time, Freja Olofsson headed down a free kick from Savanah McCaskill. The ball landed at defender Brooke Hendrix’s feet, and she converted, also for her first NWSL goal.

Impact passing: Along with blasting the game-winning free kick, Racing’s vice captain, McCaskill, proved a leader in the midfield for her new squad. She led all players Saturday in total (54) and successful (37) passes. Additionally, she tallied a match-leading 23 successful passes in the opponent’s half of the field for 67.6% passing accuracy.

League debutantes: By making starts Saturday, defenders Emily Fox and Nealy Martin, the midfielder Olofsson all marked their first NWSL appearances. Additionally, forward Jorian Baucom came on in the 77th minute to mark her league debut as well. Six players on the roster enter the Washington game awaiting their own first moment on the pitch.

Defensive duo: In her NWSL debut, defender Nealy Martin, who signed with Racing after being discovered in open tryouts, led her squad with four interceptions Saturday. Fellow center back Hendrix led all players with six clearances, and Fox, a member of the USWNT player pool, paced the game in possessions gained at 14.

Spirited connections: Four of Racing’s 22 rostered players previously represented Washington. Playing rights to goalkeeper Katie Lund and forward Katie McClure were both selected by Racing during the 2020 NWSL Expansion Draft. Additionally, Racing acquired defender Brooke Hendrix and forward Cheyna Matthews on waivers. Matthews will join training soon while on the comeback from the birth of her second child in December.

Managerial matchup: Racing coach Christy Holly has faced off against the Washington Spirit five times. During that those meetings, Holly posted a 2-4 record while leading Sky Blue FC, now known as NY/NJ Gotham FC. This marks Holly’s first go against current Spirit coach Richie Burke, who joined his club in 2019.

Audi Field: While this game was originally scheduled to be played Friday at Segra Field, it was moved to Thursday at Audi Field, also home to Major League Soccer’s D.C. United. This will be the fourth NWSL match played here since the venue’s opening in July 2018 and the first since September of 2019. This game will be played behind closed doors at the 20,000 capacity stadium.

• Michelle Betos is one appearance from making her 50th in NWSL regular season play.

• Brooke Hendrix is one appearance from her 55th as a professional.

• Savannah McCaskill is 2 goals away from her 10th across all NWSL competitions.

• Erin Simon is three appearances away from her 60th as a professional.