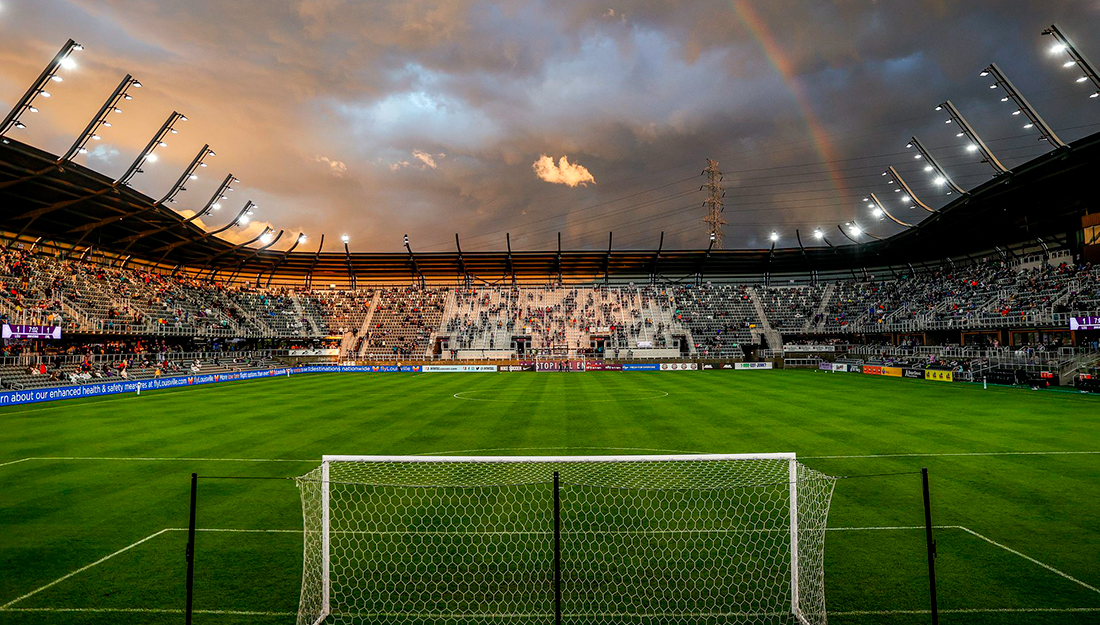 Greater Louisville Inc. on Wednesday announced the year-old facility as a recipient of its Silver Fleur-De-Lis Award given annually to recognize outstanding commitments and achievements over the past year in making the Louisville community a better place to live and work.

Members of the Soccer Holdings ownership group and back office that run both professional clubs are expected to be on hand to accept the award June 10 at GLI’s Annual Meeting. Naming rights partner Dr. Mark Lynn and Messer Construction Company are also being recognized by GLI in conjunction with Lynn Family Stadium’s completion and grand opening.

Nine business leaders in all across several industries are receiving Silver Fleur-De-Lis awards this year. This represents the second Silver Fleur-De-Lis for the ownership group, which also received the award in 2016 after LouCity's successful first season.

“These recipients displayed courage and servant leadership when our community needed it most,” said Sarah Davasher-Wisdom, president and CEO of Greater Louisville Inc. “The theme of this year’s Annual Meeting is resilience, and I am thrilled to honor these leaders from a variety of professions and backgrounds who embody what it means to persevere in the face of adversity.”

Lynn Family Stadium’s sold-out April 11, 2020, home opener was put on pause last year as the COVID-19 pandemic began. Months later on July 12 a capacity attendance of 4,850 finally got through the gates to see LouCity resume play. At the time, the crowd was the largest to see a team sport amid the pandemic, with roughly 30% of capacity allowed in under stadium operator ASM Global’s highly lauded Venue Shield health and safety protocols.

The next opportunity to see a game in the venue is at 3 p.m. Saturday as LouCity hosts Pittsburgh Riverhounds SC in a preseason exhibition open to the public. Visit LouCity.com for tickets.