After attending an open tryout, Nealy Martin found herself in Racing's first ever starting XI. 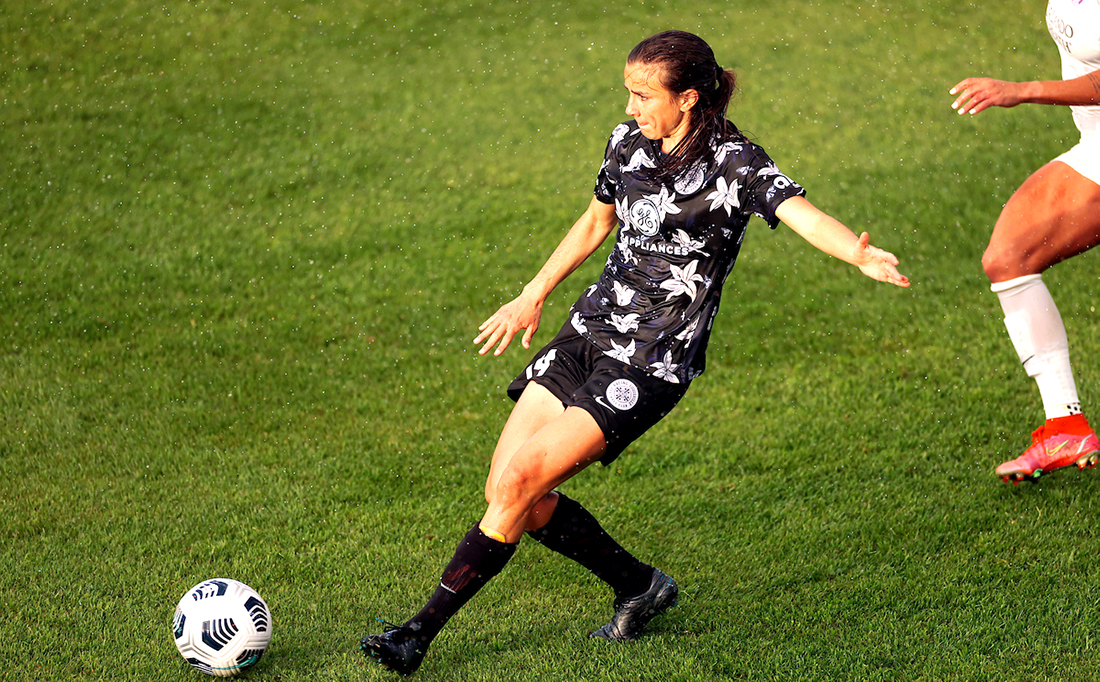 During Racing Louisville FC’s first open tryout, the forecast called for sub-freezing temperatures on a January weekend. Nealy Martin showed up ready to play in shorts and a T-shirt.

“It has been just a dream honestly coming from the open trials,” Martin said. "Everything has been such a professional experience, nothing like I have experienced before. From the players to the staff, everyone has been so welcoming to me and supported me in every way possible.”

After graduating from the University of Alabama with a degree in biomedical engineering, Martin spent the fall in Europe working to earn her MBA and playing. Over the holidays, she returned home for a few weeks, noticing the 2021 NWSL expansion side Racing was holding open tryouts at the same time.

“She put a couple of good tackles and played a couple of good balls, so I went over and asked her who she was,” Holly said. “She told me her name and said that she is probably not the best player here, but she will do exactly what is asked of her.”

Through her performance at the open tryout, Martin earned herself an invitation to the club’s preseason camp.

This attitude helped Martin stand out among trialists and to her future teammates.

“I see a lot of myself in Nealy,” said fellow defender Erin Simon, who signed her first professional contract after coming into camp as a non-roster player for Sky Blue FC in 2016. “She has the drive, determination and work ethic to be here. It has been incredible to see her develop over the past 10 weeks.”

“Her attitude has been first class,” Holly added. “She has a lot of growing to do. She has a lot of areas of her game that we want to improve. But in terms of her mentality and her coach-ability has been absolutely superb.”

Martin along with four other trialists earned themselves a spot on Racing’s roster last Saturday's 2-2 draw with the Orlando Pride, also the clubs' opener to the NWSL Challenge Cup. From the group, two saw the field with Martin the only one of them to start.

“It says a lot about the club and the coaches, the staff and the players that they would even look at me and give me the opportunity,” Martin said. “I know I have parts of my game that I need to work on. I am sure that showed in the open tryouts as well. To see that little glimpse of something that they thought could turn into something greater, it says a lot about them as people wanting to put more into me as a player.”

Martin and the rest of Racing Louisville FC continue Challenge Cup action when they travel to the nation's capitol on Thursday to face the Washington Spirit at 7 p.m. at Audi Field. Fans can stream the match on Paramount+ in the U.S. or internationally on Twitch.