They'll lead the NWSL expansion club into its debut Saturday. 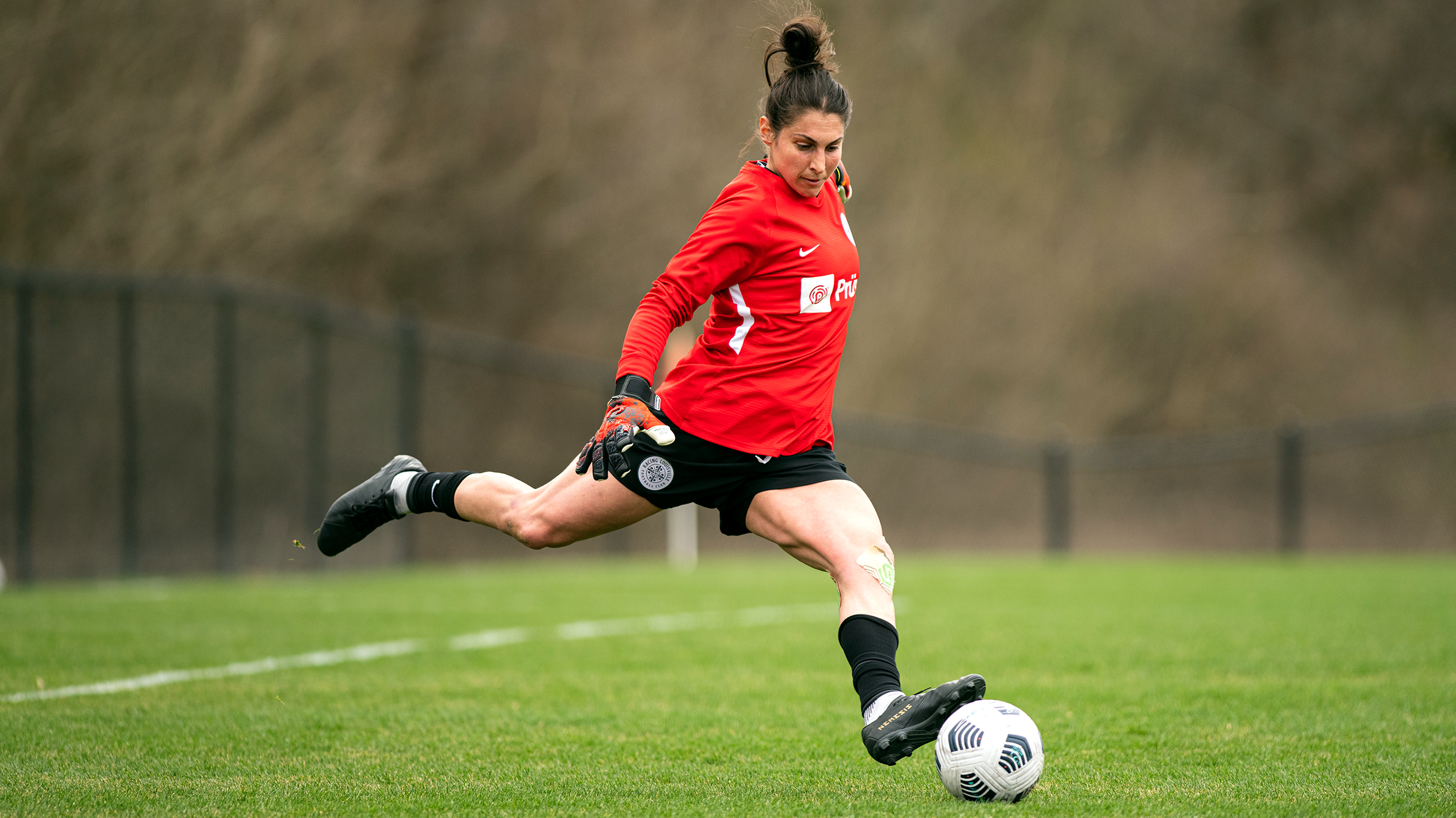 Racing will make its NWSL debut Saturday in the Challenge Cup, a tournament preceding the start of the regular season in mid-May. Kickoff is set for 7 p.m. at Lynn Family Stadium.

“She has earned the respect of the players and fellow professionals around the league,” Holly said of Betos, whose career between the post has spanned more than a decade. “She has been through tough times. She has been through good times. She has won titles. She understands what it means to ultimately be a performing professional in this league. We think that is a great example for our players to follow.”

He added of McCaskill: “Her intensity and everything that she does around the training ground and off the field have been tremendous. She has the respect of the team. She is young, but she is hungry. She has just been a fantastic trendsetter within this club. It is important for us to recognize that when people do well.”

From Queens, N.Y., Betos has played seven years in the NWSL, including a 2015 season in which she was named Goalkeeper of the Year. Through 97 professional appearances, she has made 139 saves and earned 27 clean sheets.

Racing Louisville picked up Betos from OL Reign in the 2020 NWSL Expansion Draft.

“Michelle has been in clubs that have won the title and has been through pretty much everything that you can go through in this league,” McCaskill said of her counterpart. “I think as captain, she has a wealth of experience to teach me and everyone else. It is really exciting for me to lead alongside her.”

McCaskill, one of the first players added to Racing’s roster last fall when acquired via a trade with the Chicago Red Stars, is just 24 years old. But she owns a wealth of experience between the NWSL, Australia’s W-League and multiple caps with the U. S. Women’s National Team.

“I have watched Sav grow into a leader over the past few months, so it is really exciting to lead this group with her,” Betos said of McCaskill.

The vice captain added, “I think being some of the only players here with a lot of pro experience, we have a lot to teach the younger ones about it being a long season, how to manage games and what to expect on Saturday.”

A limited number of tickets remain for Racing-Orlando, with more information available at RacingLouFC.com/Challenge-Cup. Racing is also scheduled to visit the Washington Spirit on April 15, host the North Carolina Courage on April 26 and travel to Sky Blue FC on May 2.