Racing Louisville FC signs five trialists to round out roster

The club stands at 22 players before kicking off the NWSL Challenge Cup. 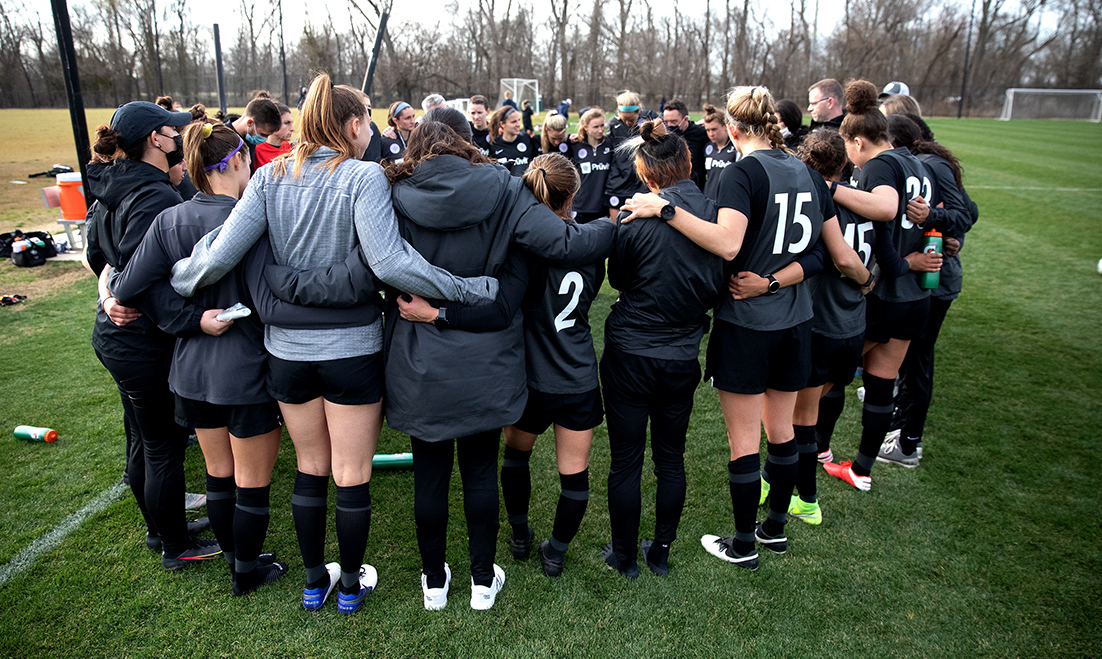 Racing Louisville FC signed five trialists to contracts ahead of the NWSL’s latest roster deadline, continuing to build its squad before this weekend’s start to the Challenge Cup, presented by Secret Deodorant.

Racing’s roster now stands at 22 players ahead of a 7 p.m. Saturday kickoff in the Challenge Cup, a preseason NWSL tournament, against the Orlando Pride at Lynn Family Stadium.

“The whole idea as we built out through preseason was trying to ingrain how we could be successful on the field and identifying the players who moved us in that direction,” said Christy Holly, Racing Louisville’s head coach. “We had a tremendous trialist group, and from that we’ve had these players join us on full-time contracts. They complement what we have on the field and the culture we’re trying to cultivate off it.”

Baucom, who scored during Racing’s preseason victory over West Virginia University, adds prior professional experience to Racing’s group having most recently played for Bundesliga side MSV Duisburg in Germany, where she tallied four goals in seven appearances. Collegiately, she registered 33 goals in 61 appearances at Louisiana State University before transferring to the University of Colorado for her senior season, adding 12 more goals in 20 games.

Baucom previously played in the NWSL for the Houston Dash, signing as a national team replacement player in the summer of 2019. The Scottsdale, Ariz., native came up as a youth international, logging time with the United States’ U-15, U-16, U-19 and U-20 teams.

Kara, a winger from Burlington, N.J., spent last season with Tikkurilan Palloseura in Finland’s top division, netting two goals in 10 appearances. She was decorated in college, setting a Drexel University program record for points in a season as a freshman when numbering 11 goals and three assists. After missing her senior year due to injury, Kara transferred to the University of Florida, racking up 10 goals and an assist for the Gators.

Kara earned a bachelor’s degree in civil engineering from Drexel before receiving a master’s in sport management at Florida.

The New Orleans native Higginson played four years for Yale University and in three of those was recognized as an All-Ivy League selection. The midfielder made 62 appearances, scored 14 goals and logged 11 assists.

Off the field, Higginson was a 2020 NCAA Woman of the Year nominee for her athletic performance, academic achievement, service and leadership. She has been accepted to law school but deferred to first pursue a professional soccer career.

Martin, a defender from Birmingham, Ala., received her preseason invitation after impressing in January’s open tryouts. The University of Alabama product appeared in 76 collegiate games, 17 of which were clean sheets for the Crimson Tide.

Money, who attended Division III Rowan University, set a program record for career shutouts with 36, plus posted goals-against-average of .47 per game and a .870 save percentage. A two-time Goalkeeper of the Year in her league (2016, 2018), she was also recognized as a United Soccer Coaches All-American in 2018. Money previously spent time as a reserve player for the NWSL’s Washington Spirit and worked as a non-rostered goalkeeper for Sky Blue FC and OL Reign.

When Money isn’t playing, she’s teaching, serving most recently as Division I Saint Joseph University’s goalkeepers coach. Before that, she coached at the Keeper Institute, a training school founded by former U.S. National Teamer Jill Loyden that aims to educate young, aspiring players at the position.

Each new Racing Louisville signing will be eligible for selection as the club moves through the Challenge Cup. Following the Orlando game, Racing plays away April 15 against Washington Spirit, hosts the North Carolina Courage on April 26 and finishes group play May 2 at Sky Blue FC.

Tickets to home games are available now at RacingLouFC.com/Challenge-Cup. After the tournament, the 24-game regular season — with a schedule to be announced — begins in mid-May.

* Matthews, a forward working back into shape after the birth of her second child in December, has signed with Racing Louisville and is expected to report to training later this spring.