Olofsson hopes to live out national team dreams with move to the U.S.

The midfielder, a seasoned pro, has come back strong from a 2019 ACL tear. 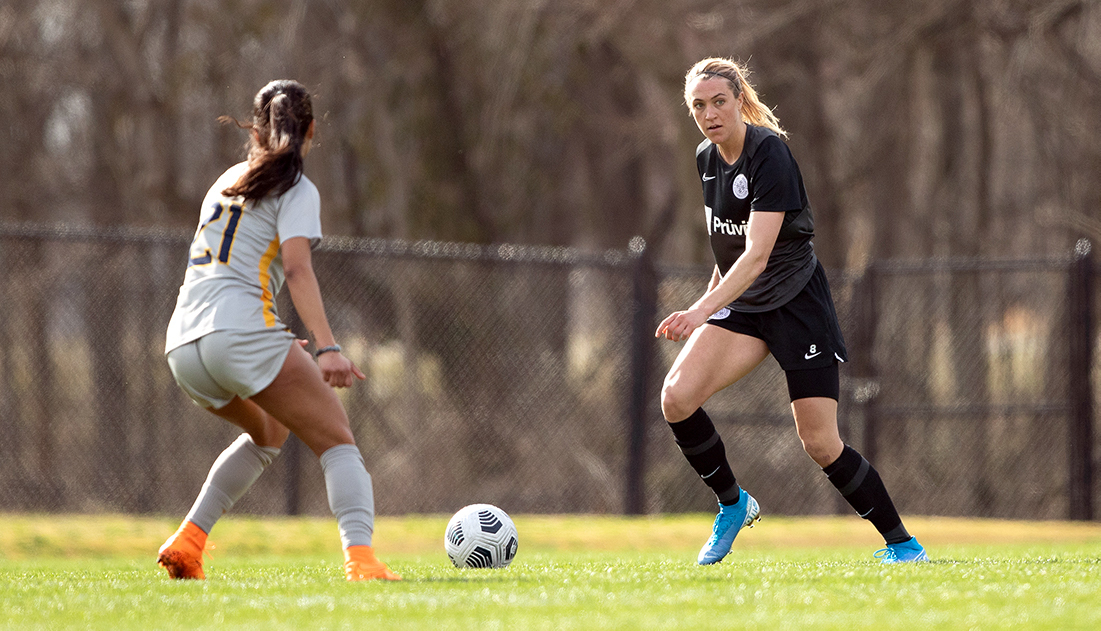 Playing then for KIF Örebro in her native Sweden, midfielder Freja Olofsson made her UEFA Champions League debut before even turning 18.

In many instances overseas, that’s right on schedule. There’s no college athletics system on par with the United States’ NCAA, meaning talented young athletes like Olofsson go straight into the professional ranks as teenagers.

“Starting that early you get experience from it,” Olofsson said. “Being around older players, you learn a lot. For me, it is normal to be in a professional environment.”

By 2019, Olofsson had already logged more than 5,000 minutes for KIF Örebro, a member of Sweden’s first division, and earned a move to Norway to play for Arna-Bjørnar.

On opening day, the midfielder came on as a 61st-minute substitution. By the 68th minute, she left the game with an injury that turned out to be a torn ACL.

Olofsson worked the rest of the year on a return to the pitch, which she made in July of 2020 when back with KIF Örebro.

“That rehab was very tough both physically and mentally,” she said. “I had some big setbacks, so that was a struggle. Now, looking back at it, I felt like that only made me stronger. I got physically stronger. Looking back, and it sounds horrible to say, but maybe it was a good thing for me.”

Olofsson made 21 appearances, 18 starts and scored twice, putting her on the radar for a move to arguably the world’s best women’s soccer league, the NWSL.

“I was surprised when Christy (Holly) reached out,” Olofsson said of Racing Louisville FC’s coach. “I never really thought about playing in America, but when then opportunity occurred. I liked how Christy talked about what he wanted to build up. I just felt like it matched up with my personal goals as well.

“I was ready for something new as well. I wanted a challenge. I wanted something different.”

Part of Olofsson’s motivation to move to the NWSL is her international aspirations. She has already represented Sweden at the U-17 and U-19 levels. More recently, she was called into training camp with the U-23 squad.

Olofsson is focused on helping her new club in its inaugural season. Along the way, she hopes a full national team call up arrives.

“That is one of the things that I spoke with Christy about,” she said. “One of my goals is to make the national team and play in a World Cup. Of course, that is something that I have set up as a goal. I know that I have a lot of development work to do. But for now, I am going to get settled in here and try to help the team out.”

On April 10 — the afternoon before Racing kicks off the NWSL Challenge Cup later that night — the U.S. National Team will play Sweden in a friendly. Olofsson said she hasn’t bantered about the matchup with her American teammates yet, but she’s excited to watch the game with them — and dream of one day playing on that stage.