Coach Christy Holly will stack the deck against himself in the club's final preseason games. 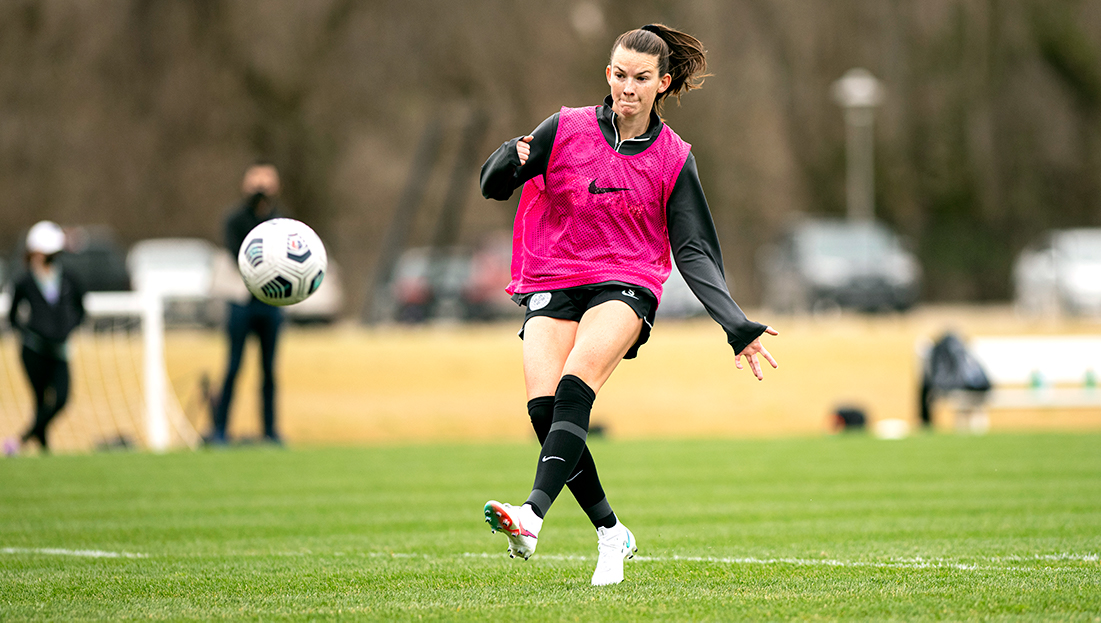 With Racing Louisville FC having defeated three prior opponents by a combined 10-1 score, coach Christy Holly is taking a different approach into the club’s final preseason competitions.

Ahead of closed-door matchups Wednesday and Sunday against the NCAA’s No. 1 team, Florida State, Racing will detail its tactics and approach with the Seminoles’ staff. Essentially, these are the only games this year in which Holly wouldn’t mind seeing his side struggle.

“The reason we’re sharing as much information as possible is because it allows them to come into the game fully prepared to break us down,” he said. “The adversity will be very beneficial.”

Previously, Racing opened its inaugural preseason with winning score lines of 4-0 on Feb. 27 against the University of Louisville, 2-1 on March 3 versus Vanderbilt University and 4-0 on March 13 when hosting West Virginia University.

Florida State could prove to be a different type of test. The Seminoles went 11-0 last fall, won the Atlantic Coast Conference Tournament and have carried over their top ranking to the spring, receiving 28 of 34 first-place votes in the latest United Soccer Coaches rankings.

“Florida State is widely regarded as one of the best collegiate women’s soccer programs in the country, and it’s for that very reason we’re excited to have them on our schedule,” Holly said. “We expect them to allow us to find a lot out about our game and give us pieces to improve upon before NWSL play starts.

“I’d like to thank (Seminoles coach) Mark Krikorian and Florida State’s staff for being such world-class hosts. This is going to be a very challenging and beneficial visit to their campus. We’re thankful for the approach they’ve taken in helping aid our development as much as possible.”

Both sides of the Racing-Florida State matchup feature U.S. Women’s National Team experience. Racing defender Emily fox, selected No. 1 in the 2021 NWSL Draft, registered her fourth cap in January when appearing in an international friendly. Fox has trained alongside Seminoles midfielder Jaelin Howell, who was with the USWNT for the recent SheBelieves Cup.

Racing has seen contributions this preseason from all across its roster, with goals scored by forwards Cece Kizer, Katie McClure and Emina Ekic in addition to midfielder Lauren Milliet. Also on the roster, forward Yuki Nagasato is a World Cup winner with her native Japan, and forward Savannah McCaskill boasts multiple USWNT caps.

The club’s preparation leads up to an April 10 start to the NWSL’s Challenge Cup tournament, which for Racing kicks off against the Orlando Pride. Tickets to that game and an April 26 visit from the North Carolina Courage went on presale to season members Monday. Should tickets remain, they’ll be available later on a single-game basis. For more information, visit RacingLouFC.com/Challenge-Cup.

The NWSL regular season follows the Challenge Cup with a mid-May start. The full schedule is to be announced.