Soccer City: Holly says 'we want to get in the league and upset a few people' 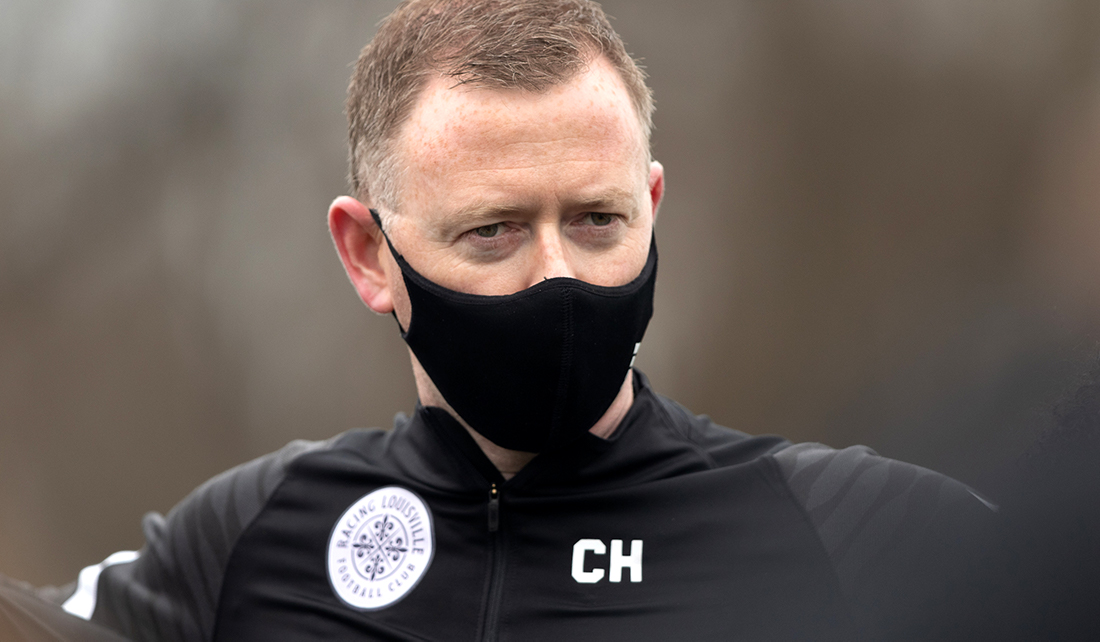 Christy Holly says his staff has "asked a lot" of Racing Louisville FC's players in the club's inaugural season. The good news?

"Not once has a player taken a foot off the pedal," the coach said. "Every day they show up and they're competing and they're pushing forward."

Holly spoke on the year's first Soccer City radio show, powered by Kentuckiana Toyota Dealers. The show will air on ESPN Louisville's AM 680 and FM 105.7 from 6-7 p.m. each Thursday, including exclusive interviews and analysis of our NWSL expansion club.

"Quite frankly, we want to get in the league and upset a few people. We want people talking about us," Holly said. "We're not just going to show up and accept the ribbon that says we're an expansion team and we should take our beatings and sit at the bottom of the league. That's not something we're willing to accept or use it as a crutch."

Hear Holly's full interview, which begins around the 30-minute mark, below.