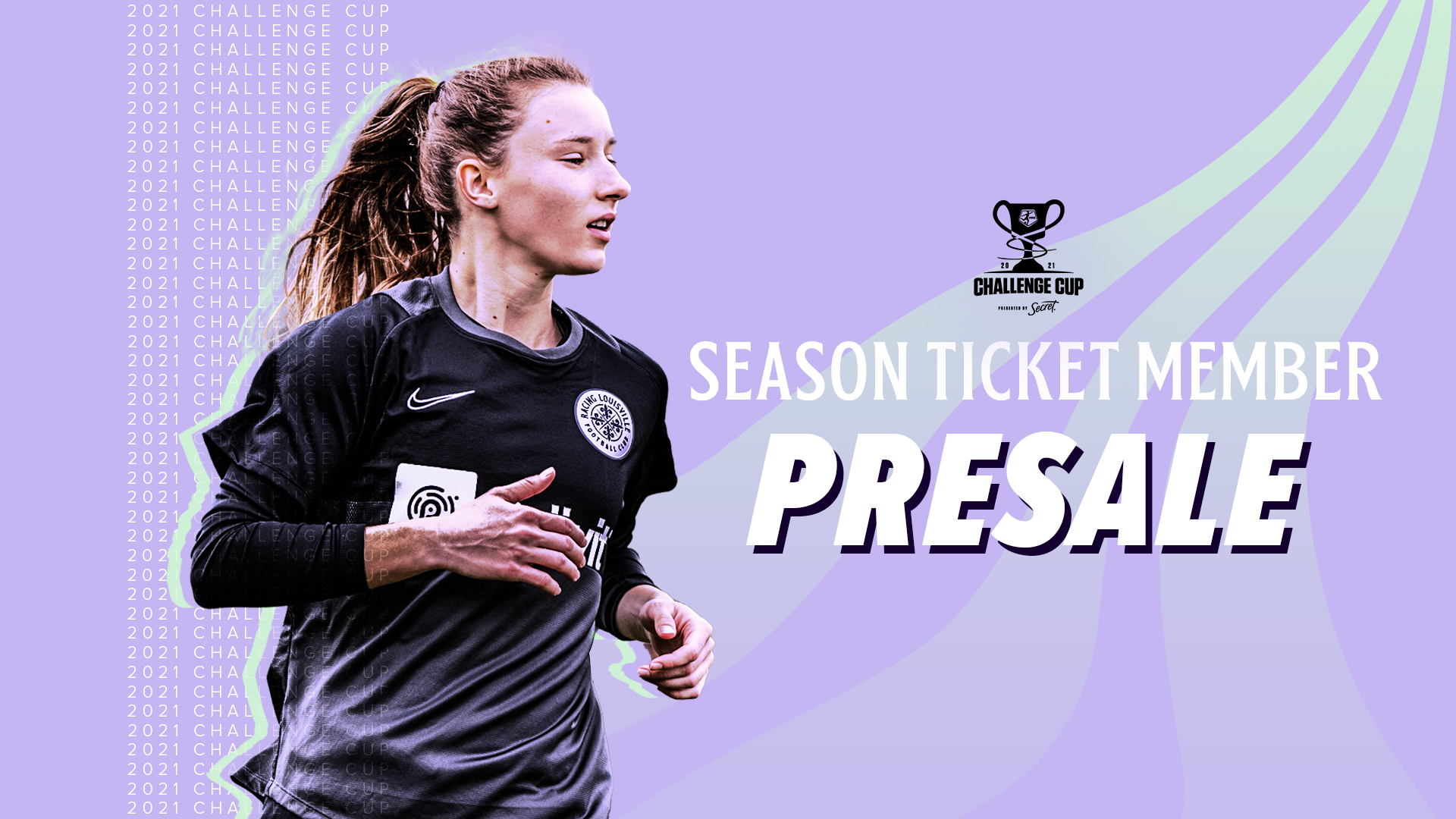 Season members are in the process of being contacted about access to a presale starting at 10 a.m. Monday, granting priority for their spots in Lynn Family Stadium on April 10 against the Orlando Pride and April 26 against the North Carolina Courage.

Those who haven’t yet purchased a membership — which includes tickets to the NWSL regular season’s 12 home games — can still do so before Monday to become part of the Challenge Cup presale; visit RacingLouFC.com/season-memberships for more information. All others can join the waiting list at this link to be contacted in the event tickets remain on a single-game basis.

Racing will play four Challenge Cup games in all, with away dates April 16 at the Washington Spirit and May 2 at Sky Blue FC. Leaders of the NWSL’s respective East and West divisions exiting group play will meet in a May 8 final before the regular season begins May 15.

In addition to tickets, Racing season memberships include a number of perks, among them an exclusive scarf, a merchandise discount online and in the Team Store, access to member-only events and first right to purchase tickets to club events such as the Challenge Cup.