The show will air on Thursday nights in 2021, allowing for exclusive interviews with players and coaches. 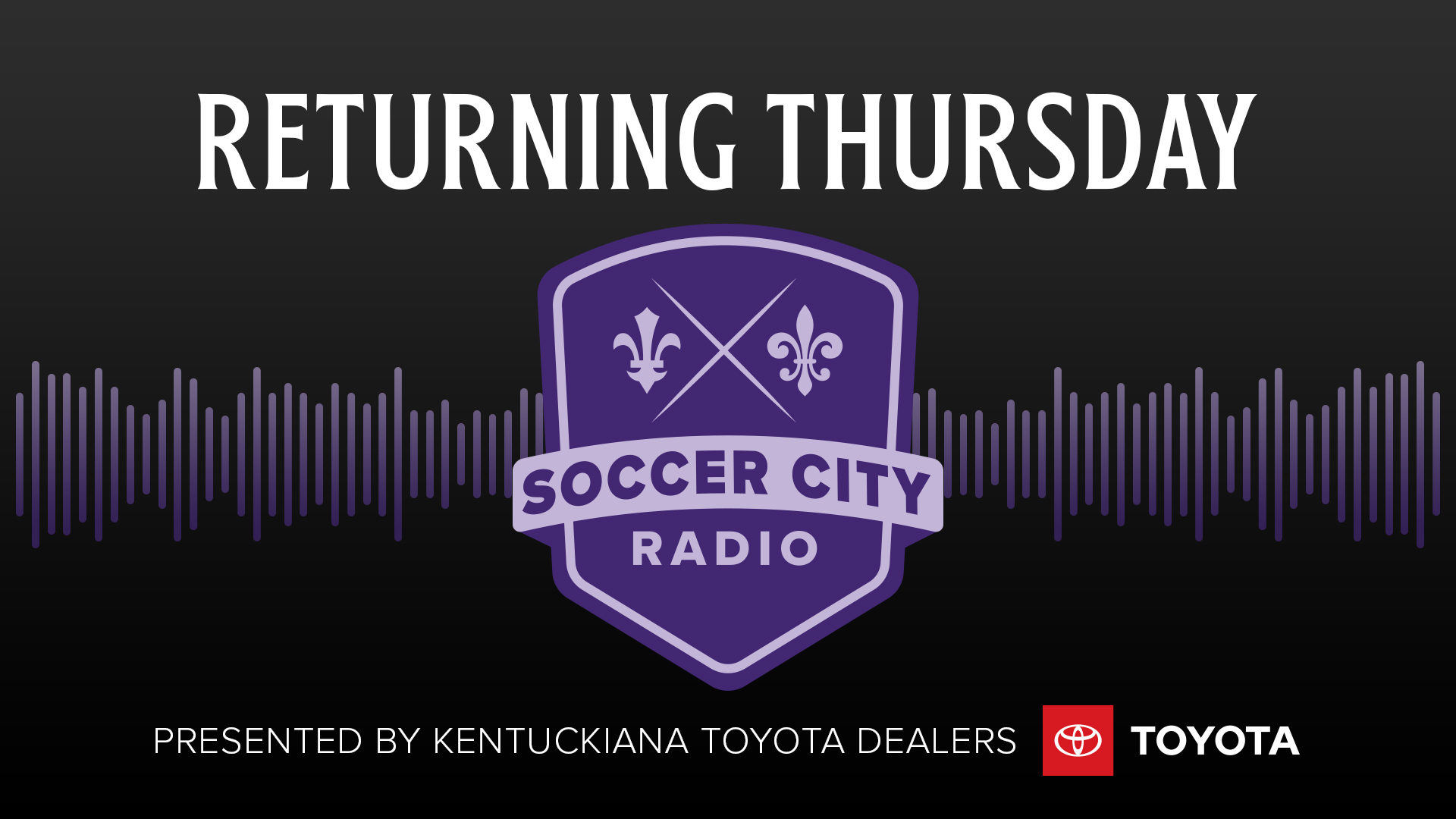 The popular Soccer City radio show, powered by Kentuckiana Toyota Dealers, returns this week with a new time slot, host and home station for the 2021 season.

Now airing at 6 p.m. Thursdays on ESPN Louisville’s AM 680 and FM 105.7, Soccer City will include all of the same Louisville City FC and Racing Louisville FC conversation that has made it a local fixture over the years. But a shift away from Saturday mornings will also allow for more exclusive content, including live interviews with coaches and players.

“I'm so excited to join the show and help bring entertainment to this city's loyal, knowledgeable soccer fans,” Greer said. “We want to continue the work Lance has done over the years to provide engaging content, and we're so thrilled to have another team in Racing Louisville join the conversation.

“The show will have a mix of deep analysis and thoughtful opinion with lots of fun sprinkled in.”

As announced last month, LouCity and ESPN Louisville have forged a new agreement to air the club’s USL Championship across its family of stations. The 32-game regular season begins on or around May 1, adding to ESPN Louisville’s portfolio of rights deals including the Kentucky Derby, Cincinnati Reds and Bellarmine basketball.

While Racing Louisville FC’s games won’t air on radio in 2021, the 2021 NWSL expansion franchise will be prominent in each edition of Soccer City. Racing opens competition April 10 when hosting the Orlando Pride in the NWSL Challenge Cup, a preseason tournament leading into the full campaign that starts mid-May.

"Soccer City is a great addition to our lineup, and I'm excited to see what the crew does with the show," said Andy Sweeney, program director and host of "The Take With Andy Sweeney," which will lead into each edition of Soccer City. "If you want to know about LouCity or Racing Louisville, ESPN Louisville will continue to be your home for the most coverage."

Both head coaches — LouCity’s John Hackworth and Racing’s Christy Holly — are expected to feature on Soccer City’s first show back. Listen live on air or visit ESPNLouisville.com for the station’s live stream. Archived editions will be made available at LouCity.com/soccercity.