They had a hand in three of four goals scored in a preseason victory Saturday. 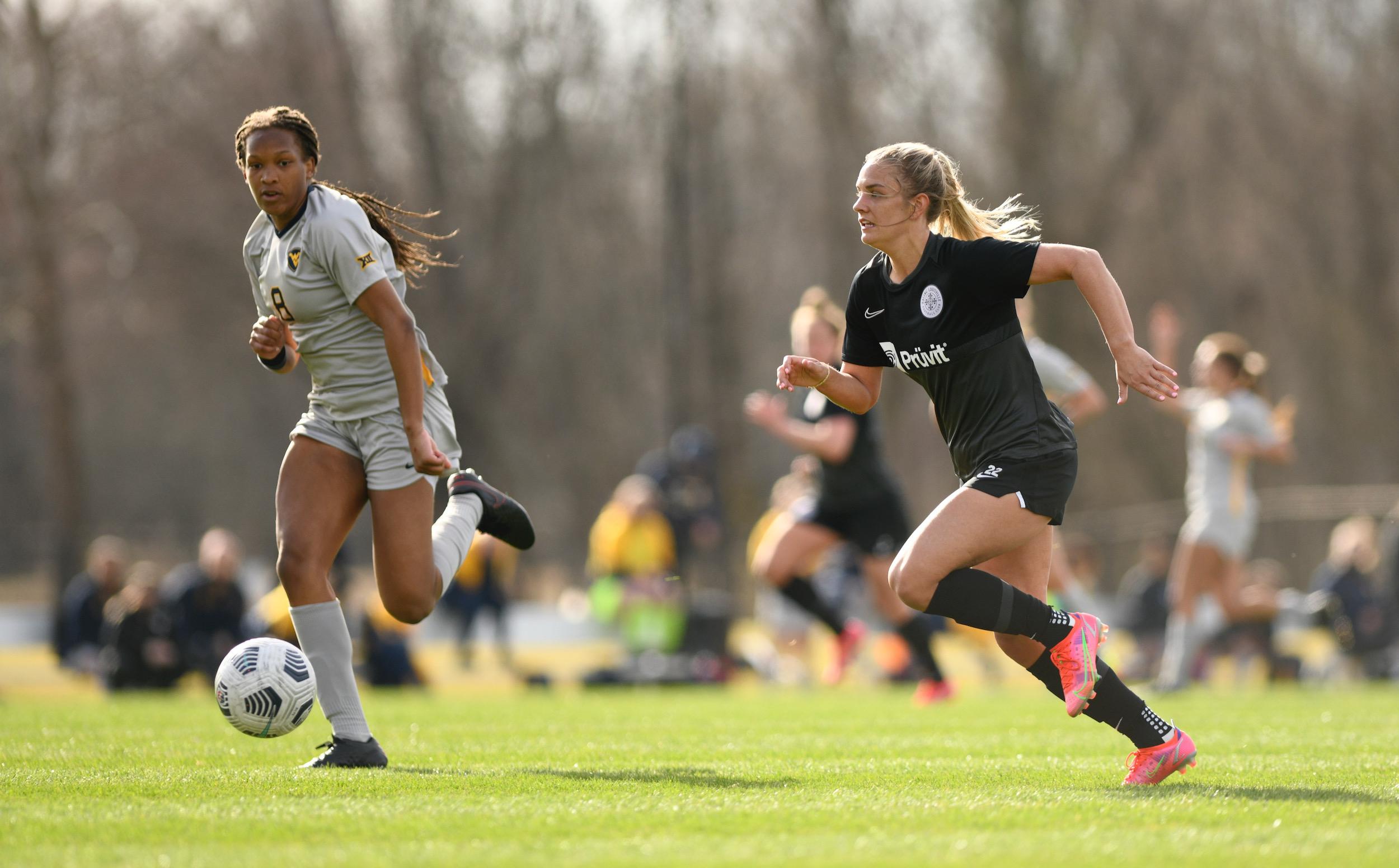 Racing Louisville, a 2021 NWSL expansion side, remained unbeaten leading up to its inaugural season as the hometown product Ekic registered a goal and an assist and McClure added two goals of her own.

The Mountaineers were another quality NCAA Division 1 opponent on the club’s preseason slate entering ranked No. 7 in the latest United Soccer Coaches Poll. Dating back to 2014, the Mountaineers are 58-9-5 in their away games.

“I am really happy with certain moments within the game,” said Racing’s head coach, Christy Holly. “I felt like West Virginia gave us some fantastic issues to try and problem solve. I thought that with their buildout we had to be very defensively organized. We had to be diligent in everything that we did.

“For large parts of the game, I thought we played well, but there are some little things that we need to work on.”

Ekic opened the scoring in the 17th minute thanks to a well-placed cross from defender Emily Fox. The goal was the first in lavender for Ekic, the reigning ACC Offensive Player of the Year out of the University of Louisville.

Ekic’s 41st-minute corner, which found McClure for another goal, doubled the lead. And McClure’s 59th-minute cleanup of another Ekic corner made it a brace.

Trialist Joran Baucom finished out the scoring when, in the 83rd minute, she won the ball back in the box, gathered and fired into the corner of the net.

“As the weeks have gone on, our chemistry has gotten better,” Ekic said. “The interchange, what pockets to step into, and just understanding each other, have helped build that process.

“…I feel like our practices are hard and we train well, but you never know what is going to look like until you play some outside competition. I feel like the competition has been really good so far. The aggression, the speed, we need that. We need to get that feel for the game before we go into our home opener.”

Racing concludes preseason play with two away games against No. 1-ranked Florida State on March 24 and 28. The preparation leads up to its NWSL debut in the 2021 Challenge Cup tournament, which for Racing opens April 10 against the Orlando Pride at Lynn Family Stadium.