The Motz Group Turf Classic will be hosted at Racing's new training grounds. 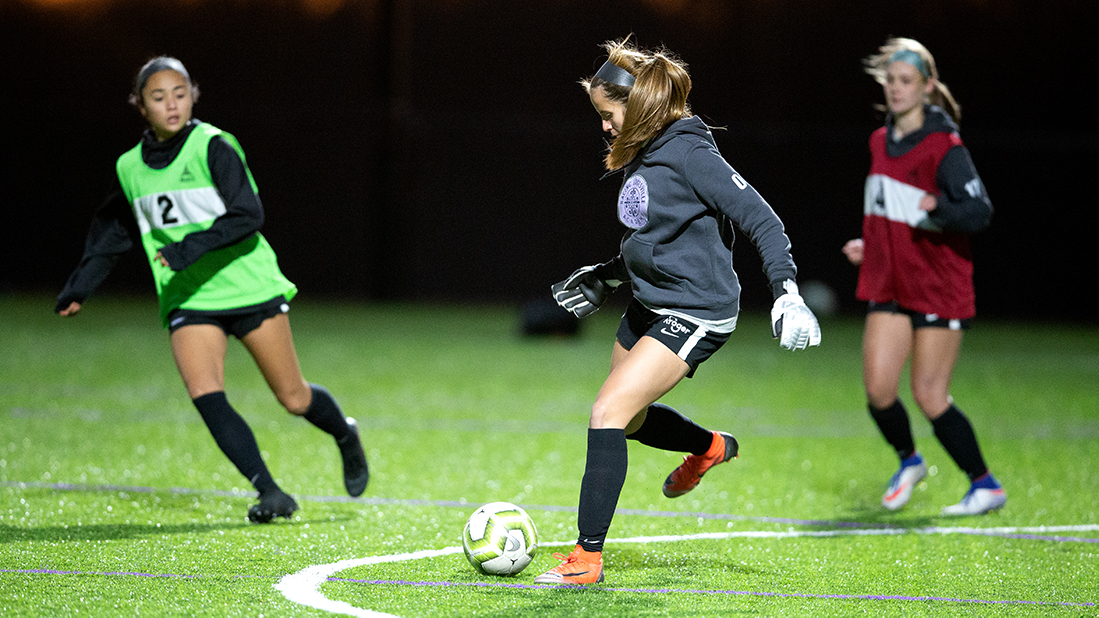 Tournament soccer for Louisville’s youth clubs has typically equated to leaving the city, placing the burden on families to both pay for transportation and carve out extra travel time.

That is, until now.

This weekend, boys teams from U-9 to U-14 age groups will play over the same turf fields serving as training grounds for Louisville’s NWSL and USL Championship clubs. Next weekend, the girls will follow.

“Now that we have this world-class facility, we are excited to bring in teams whether they are from the Louisville area or outside,” said Mario Sanchez, the youth academies’ director. “We are excited to get them into our facility, see kids to play games at a professional facility and provide them a good environment to enjoy the game.”

Finally, players within the LouCity and Racing academies can enjoy the perks of playing at home. Aptly, Cincinnati-based The Motz Group installed the turf fields they’ll play on at Champions Park.

“When you travel, there are costs associated with it, especially for the little kids,” Sanchez said. “Not having to travel hours outside the city is a benefit to what we are trying to do. It is providing our local community another option here.”

The training facility’s turf surfaces allow for play rain or shine, and each field is lighted for night games.

“There are a few sites here that have one field, but the fact that we have multiple fields with turf and all with lights is new to this area,” Sanchez said. “Typically for tournaments, especially this time of the year, it was hard to host because of the weather. To be able to host in early March is a bonus for the soccer community.”

The Motz Group Turf Classic is only the start. The academies are aiming to host a similar event in the fall with hopes of drawing an even larger pool of teams from across the midwest.