The new club will host the Orlando Pride on April 10 at Lynn Family Stadium. 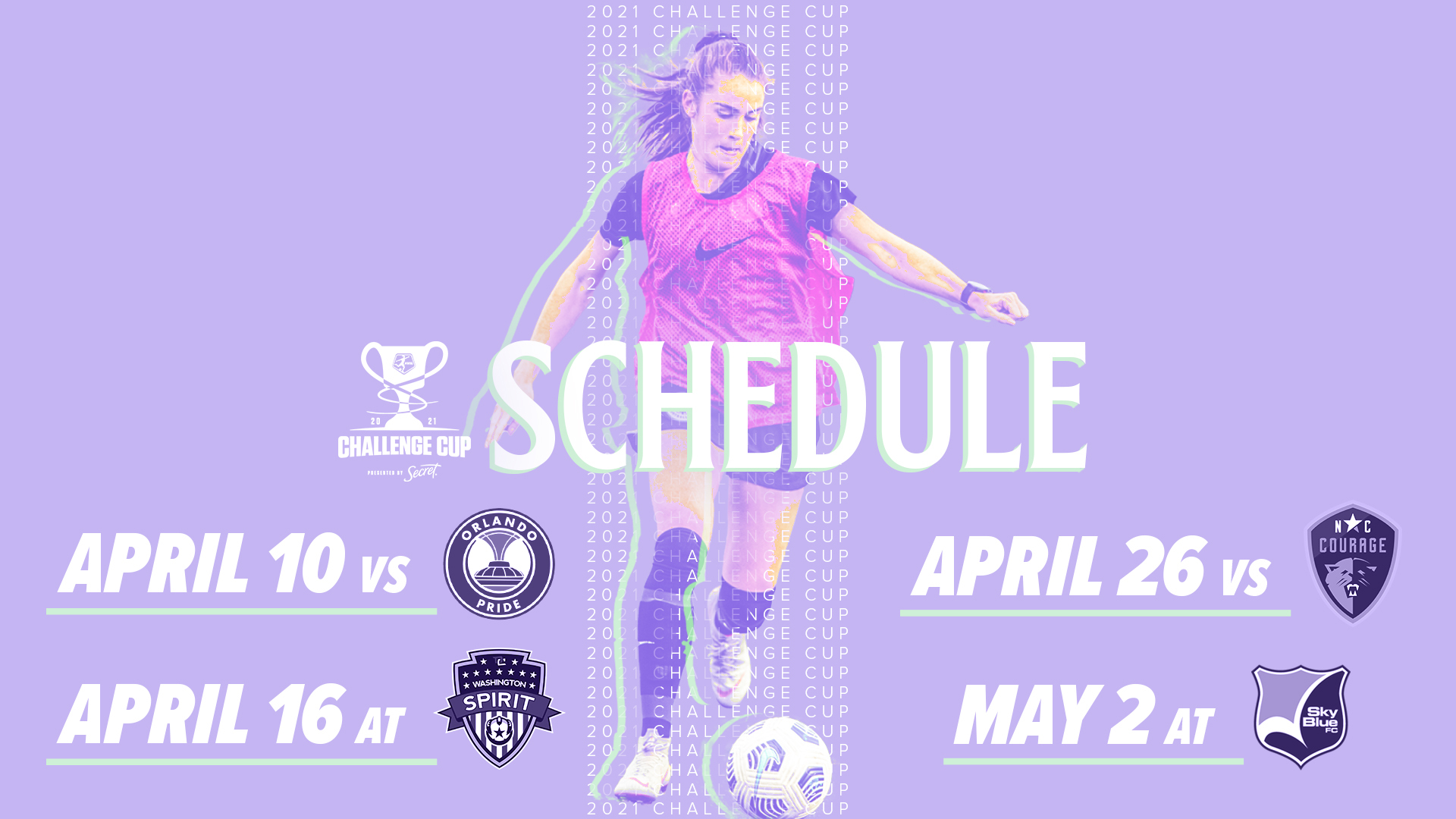 The league’s 10 clubs are slated to play four games apiece within their respective East and West divisions before leaders exiting the group stage advance to a May 8 final.

Season members — of which Racing already has more than 3,000 — will be contacted about first right to purchase Challenge Cup tickets for games at Lynn Family Stadium. Visit RacingLouFC.com/tickets to join the list today and guarantee a spot in the venue.

Louisville travels next for a 7 p.m. Friday, April 16, matchup with the Washington Spirit. During the offseason, the Spirit added U.S. international defenders Kelly O’Hara and Emily Sonnett to their roster.

Racing returns to Lynn Family Stadium on Monday, April 26, with kickoff at 6 p.m. against the North Carolina Courage. Back-to-back NWSL champs in 2018 and 2019, the Courage feature national team member Lynn Williams and Debinha, another Brazilian mainstay.

Group play concludes for Racing with a trip to play Sky Blue FC at 12:30 p.m. Sunday, May 2. New Jersey-based Sky Blue is welcoming back two-time World Cup winner and 2015 FIFA World Player of the Year Carli Lloyd, who missed all of 2020 due to injury.

The other half of the Challenge Cup, the West division, consists of the Chicago Red Stars, Houston Dash, Kansas City, OL Reign and Portland Thorns FC.

"We're very excited about the Challenge Cup,” said Racing Louisville’s head coach, Christy Holly. “It'll be really nice after all the planning to see our team run out at Lynn Family Stadium. There’s no easy game in this tournament, making for a brilliant learning process.”

Presenting Challenge Cup sponsor Secret Deodorant and the NWSL have created a “Rookie Class” program of interest for a young Racing squad. It creates sponsorship opportunities for rookies competing in the tournament as Secret and NWSL hope to continue building media equity for women in sports.

“I’m so excited to kick off a new year in style with the 2021 Challenge Cup presented by Secret Deodorant and thrilled to once again partner with our friends at CBS Sports to bring the best women’s soccer league in the world to our viewers,” said NWSL Commissioner Lisa Baird. “My thanks to CBS, Twitch and all of our partners for continuing to invest in this league and showcasing these incredible athletes.”

Following the Challenge Cup, the NWSL’s 10 teams will face off in a 24-game regular season beginning May 15. Six teams will qualify for an expanded NWSL playoffs set to begin on Nov. 6, with the top two seeds receiving first-round byes.