Milliet keys the offense in Racing's preseason win over Vanderbilt

The midfielder had a hand in both goals Sunday against the reigning SEC Tournament champs. 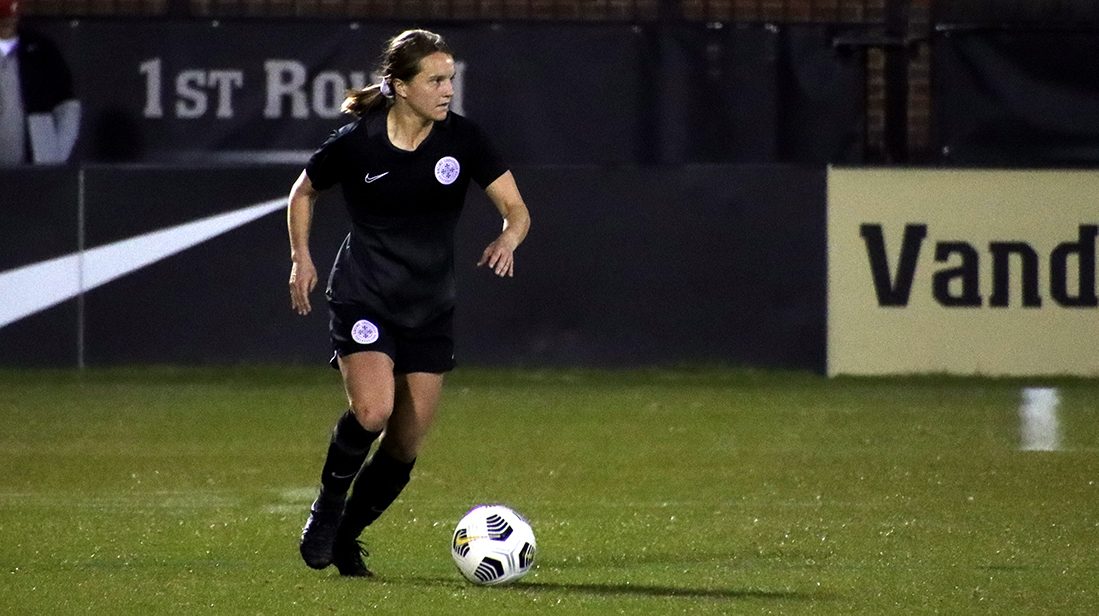 Midfielder Lauren Milliet scored the game’s opening goal and earned a penalty leading to another tally Sunday as Racing Louisville FC continued its preseason with a 2-1 victory over Vanderbilt University.

“We’re very happy to get down here and get a game against fantastic opposition,” said Racing Louisville’s head coach, Christy Holly. “Vanderbilt were able to give us a different type of challenge than we faced last week, which was great — some formation changes and pressed us. We’re delighted.”

Selected by Racing from the North Carolina Courage in the November expansion draft, Milliet broke a stalemate near the halftime whistle. Teammate Emina Ekic was taken down on the edge of the box, where Milliet gained possession and cleaned up the chance for a 43rd-minute goal.

After the break, Milliet was tripped up in the 48th minute before forward Cece Kizer — who registered a hat trick a week ago against the University of Louisville — stepped up to drill the ensuing penalty kick, doubling the lead.

Vanderbilt got a goal back in the 68th minute when midfielder Raegan Kelley made the most of a breakaway opportunity. But the hosts were held otherwise scoreless in a game finished off by a slew of Racing’s non-roster preseason camp invitees vying for contract offers.

“I think at times we were really good, and I think we had some good moments," Milliet said. "At times, we were scrappy — all things we can work on. I’m just excited about the progress of the team, and obviously getting a goal is awesome for me. I’m definitely looking to get that rolling during the season, too.”

Racing’s attack wasn’t without other chances, especially during a standout first half by the Louisville native Ekic. She was working with the ball when tackled to set up Milliet’s goal and eight minutes earlier had rattled a free kick off the bar.

Savannah McCaskill also had a 26th-minute shot punched away by Vanderbilt goalkeeper Sarah Fuller, nationally known after in December becoming the first woman to score in a “Power Five” conference football game kicking for Vandy. McCaskill later saw a shot from distance carom off the bar in the 62nd minute.

Vanderbilt, which started its spring season 2-0, hadn’t conceded a goal this year until Sunday.

Racing’s preseason continues Saturday when the club hosts West Virginia University. Friendlies at Florida State on March 24 and 28 round out the exhibitions before the 2021 NWSL Cup begins April 9, with that schedule to be announced.

Season memberships are now on sale with 3,000 tickets already claimed for the inaugural season. Those on the list will also receive priority to attend Challenge Cup home games. Visit RacingLouFC.com/tickets or call (502) 568-2489 during regular business hours to claim your spot at the new Lynn Family Stadium.