Plus see TV and live streaming details before the NWSL tournament's schedule is released. 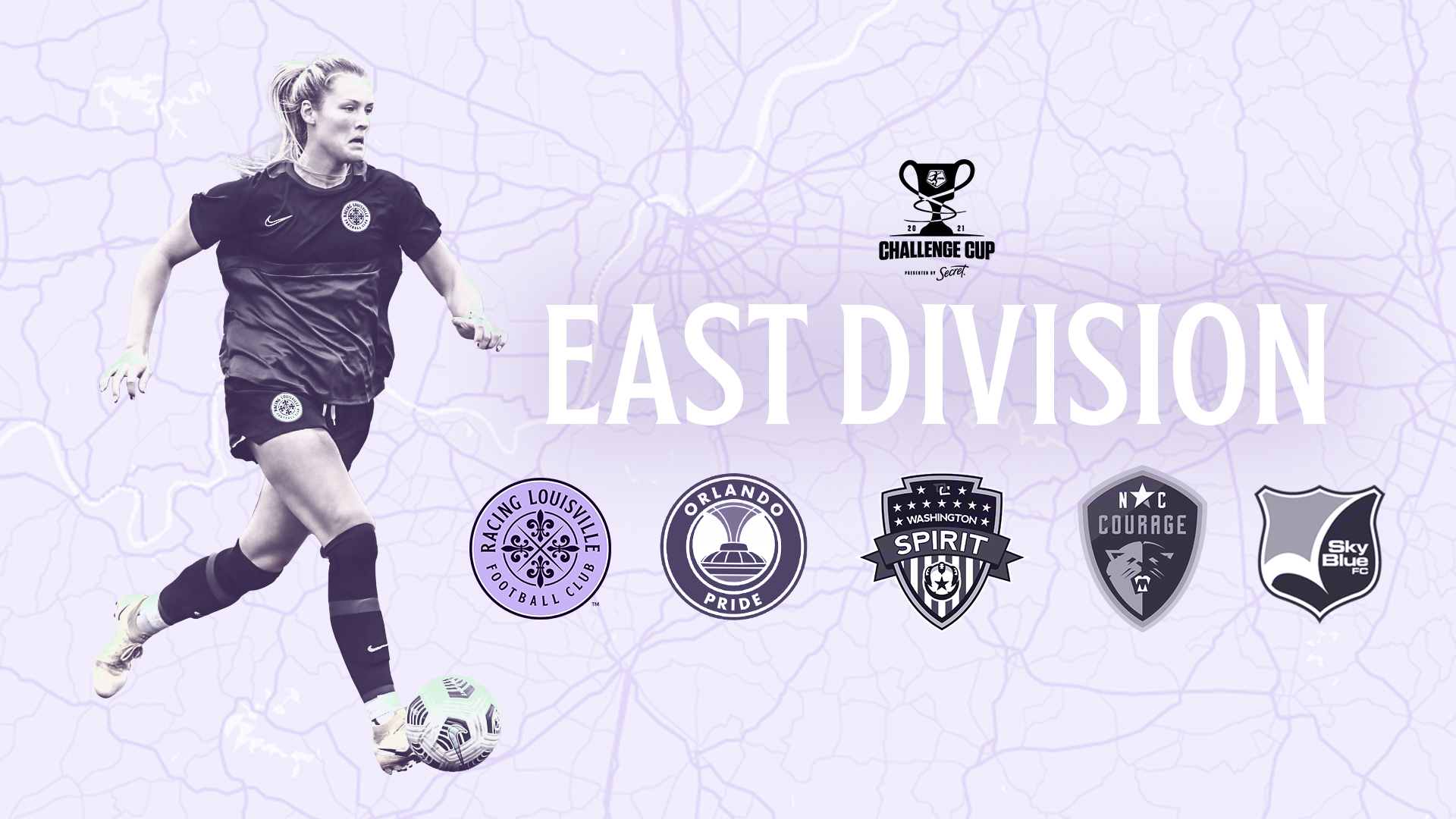 Presented by Secret Deodorant, the Challenge Cup tournament kicks off at 8:30 p.m April 9 when the Houston Dash host the Chicago Red Stars. The West division’s other teams are Kansas City, OL Reign and Portland Thorns FC.

A full Challenge Cup schedule is due out Tuesday. Each club will play the four others in its group while looking to qualify for a May 8 final.

As opposed to the inaugural Challenge Cup, a bubble environment event last year as the NWSL returned to play amid the COVID-19 pandemic, the 2021 edition will be contested in team markets.

Racing’s season members — of which there are already more than 3,000 — will receive first right to purchase Challenge Cup tickets for games at Lynn Family Stadium. Visit RacingLouFC.com/tickets to join the list today.

“As a women’s brand, we are especially proud to systemically address the lack of representation and sponsorship in women’s sports through our NWSL partnership,” said Sara Saunders, senior brand director of Secret & Gillette. “By supporting the Rookie program this year, we will strengthen the development pipeline for women’s professional soccer.”

Following the Challenge Cup, the NWSL’s 10 teams will face off in a 24-game regular season beginning May 15. Six teams will qualify for an expanded NWSL playoffs set to begin on Nov. 6, with the top two seeds receiving first-round byes.