The 33-year-old veterans are going about that with different styles. 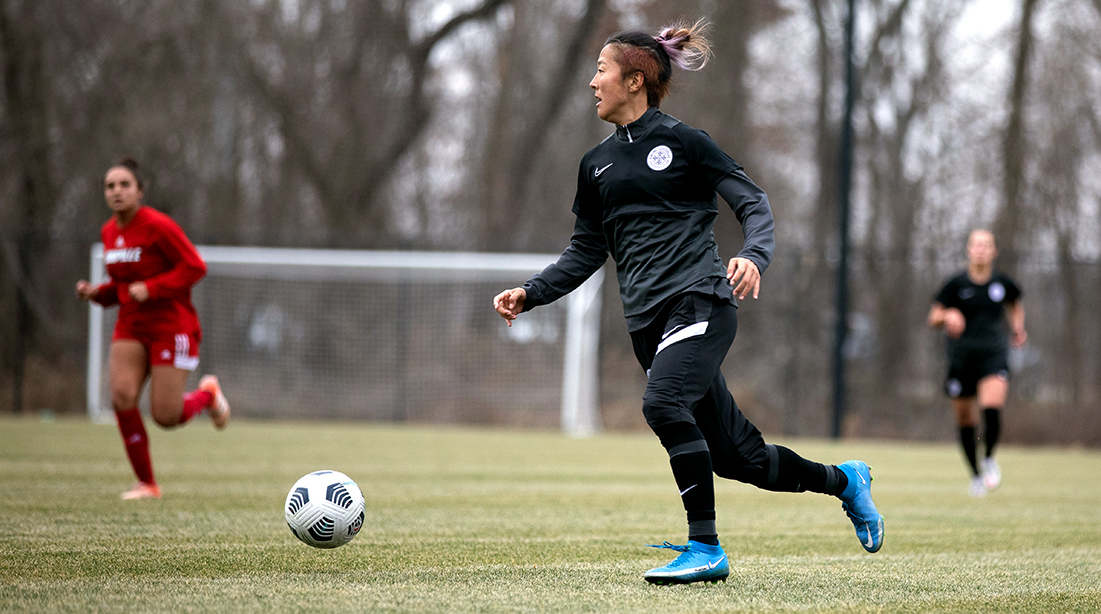 Tasked with fielding an expansion team, Racing Louisville FC coach Christy Holly set out last fall to build a young roster made up of players hungry for opportunities at the National Women’s Soccer League level.

That said, the club is also leaning on leadership from its two most veteran players.

“When we go to practice, they are the first ones out with their cleats warming up,” Holly said of forward Yuki Nagasato and goalkeeper Michelle Betos, both 33-year-olds.

“It has been great for them to set the example and lead the way for the younger players.”

Nagasato and Betos have a combined 30 years of professional playing experience with 10 of those in the NWSL. The former, from Japan, won the FIFA Women’s World Cup with her country in 2011 and was a runner-up in 2015. The latter has played on multiple continents and in 2015 won the NWSL’s Goalkeeper of the Year Award.

“My one goal here is for each player individually to maximize their potential,” Betos said. “I think that every day I am just trying to bring it out of them. I am going to try to help them be their best, understand what it is going to take in the League, push them to play faster, play hard. I just want to set an example any way I can.”

In that respect, Betos has taken a vocal lead, a role that comes with her position, constantly providing her teammates instruction and support from the box.

On a typical day at training, Nagasato and Betos are first on the field warming up and the last two getting extra touches when the session has ended.

That isn’t for show to Racing Louisville counterparts whose average age is under 25 years old. Rather, it’s part of both players’ regular routines.

“That is my thing,” Nagasato said. “If I do that, I feel much better and I will show my best performance. That is my traditional preparation.”

“I love this game,” Betos added. “The reason why I have played for so long is that I love it. It usually takes a strength and conditioning coach to pull me off. All I want to do is get better. I want to play. I want to be out on the field. This is my favorite thing to do. If it sets an example, great. But I am trying to get better every day.”

While there are obvious challenges to being an expansion club, these veterans have also found some silver linings, particularly in how their team is structured.

Nagasato sees a group that’s “really flexible and adaptable” as most players find their footings professionally.

And that goes back to one of Holly’s favorite lines: With youth comes a lack of fear. Likewise, Betos is also encouraging her younger teammates not to play scared.

Racing, which defeated the University of Louisville last Saturday by a 4-0 score, continues its preseason Sunday with an exhibition at Vanderbilt University. The club then hosts West Virginia University on March 13 before a two-game swing at Florida State on March 24 and 28.

The Challenge Cup tournament will mark Racing’s first NWSL competition. It starts April 9 and leads into the regular season in mid-May.

Season ticket memberships are on sale with more than 3,000 already claimed for home games at the new Lynn Family Stadium. To purchase, visit RacingLouFC.com/tickets or call (502) 568-2489 during regular business hours to reach our team.