All For XI: Goalkeeper Betos makes a promise to the league

In a recent Q&A, she said commitment and culture are at the forefront of Racing's plan. 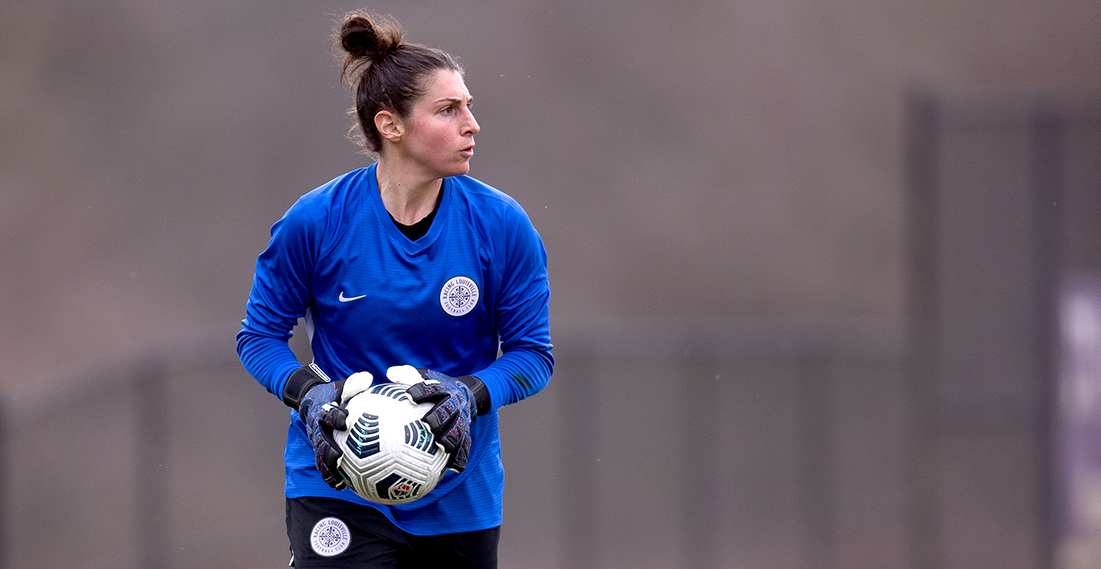 Racing Louisville FC's Michelle Betos is just one month into her playing career here, though she's already seen how special Louisville can be -- so special that Betos made a promise in an interview with All for XI’s Stephanie Yang.

"You’re gonna love it," Betos said of visitors. "You really will."

Betos spoke about how the Racing players have adjusted to a new city and team, the excitement of creating a new culture, and how the NWSL has grown since she joined in 2013.

“I feel really, really lucky to be a part of establishing that and being part of creating that,” Betos told Yang. “The first time I was part of a new team was the (OL) Reign in 2013. And I was young, so having nine years in this league under my belt to come in and be like, hey, this is what I know and this is what I can bring, and this is what you guys bring and this is going to be awesome, and this is how it’s gonna work in this league -- that feels like a really cool opportunity for me and something I take real, great pleasure in being able to have that responsibility.”

Ever since Betos first found out she was heading to Louisville, she has noted the commitment put in place for the team to succeed.

As Racing's preseason continues along, Betos has noted that the team has not lost the energy that they had when they first arrived in Louisville. However, the team has learned to channel that energy into a disciplined game plan. That she wants to continue through the Challenge Cup and into the regular season.

“We are still as excited every single day to get out there, but now we’re playing within our system, within our plan," she said. "We’re calming down, we’re trusting ourselves and each other on the ball. We’re understanding at the end of the 10 weeks, what strengths and weaknesses we have, who we can play where.”

Read All for XI’s full interview with Betos here.