Key newcomers are expected to enter training this week with the expansion side. 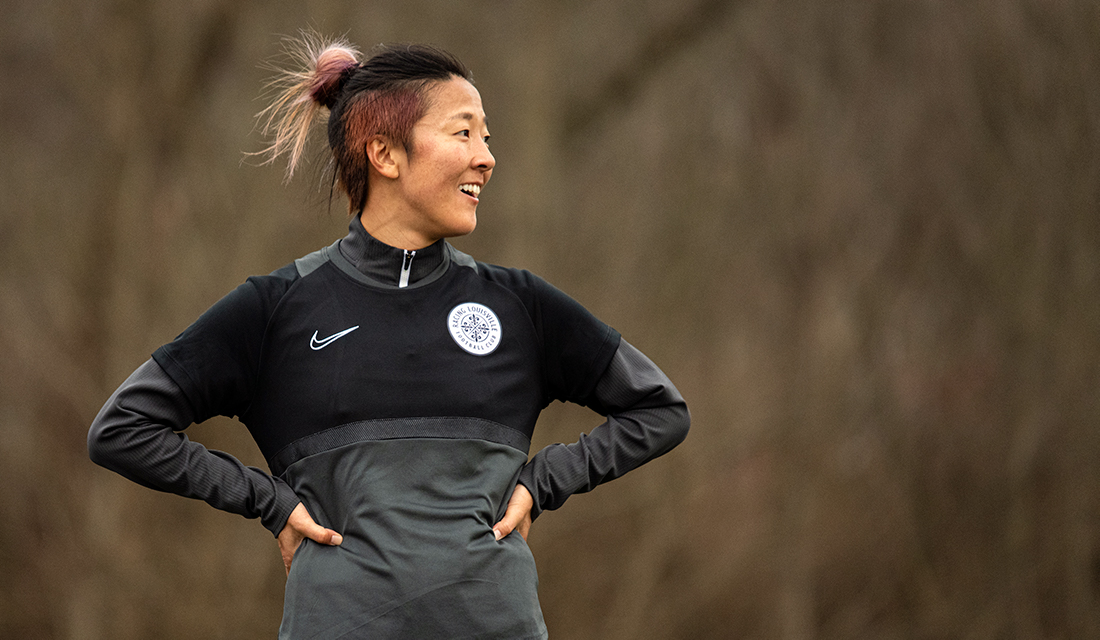 Racing Louisville FC's roster measured 29 players at this week's deadline for National Women's Soccer League clubs to trim their ranks to 32 or fewer. While under the limit, the 2021 expansion team has managed to reinforce its squad over the last month.

Since Racing opened preseason, four key players reported ahead of an inaugural campaign kicking off with the Challenge Cup tournament in April.

Forward Yuki Nagasato, acquired in a trade last fall from the Chicago Red Stars, won the 2011 FIFA Women’s World Cup with her native Japan. Defender Emily Fox, selected No. 1 overall in the 2021 NWSL Draft, has been part of two U.S. Women’s National Team camps this year, adding a fourth cap to her resume.

Both Nagasato and Fox were in the squad over the weekend as Racing defeated neighboring University of Louisville by a 4-0 score in an exhibition. Also expected to be available for selection moving forward are midfielder Freja Olofsson and defender Kaleigh Riehl.

Olofsson, a box-to-box player who has worked with Sweden at as high as the U-23 level, will exit quarantine and begin training with Racing this week. The same is expected of Riehl, a 2020 NWSL Expansion Draft pick whose loan spell recently ended with Paris FC, a member of France’s top division.

“Incrementally, we’re seeing good cohesion and the quality improving on a weekly basis, which is really exciting as we edge our way closer to the Challenge Cup,” said Racing’s head coach, Christy Holly.

Racing’s next preseason friendly is scheduled for Sunday at Vanderbilt. The club then hosts West Virginia University on March 13 before a two-game swing at Florida State on March 24 and 28.

The Challenge Cup starts April 9 and leads into the regular season, which begins in mid-May. Season ticket memberships are on sale with more than 3,000 already claimed for home games at the new Lynn Family Stadium. To purchase yours, visit RacingLouFC.com/tickets or call (502) 568-2489 during regular business hours to reach our team.

NYR – Not Yet Reported to Camp

Racing Louisville FC also holds the NWSL playing rights to forwards Caitlin Foord, Tobin Heath and Christen Press, as well as midfielder Alanna Kennedy, who were selected in the 2020 NWSL Expansion Draft. Each is under contract with a club in England’s FA Women’s Super League.