Year 2 additions include new juniors age groups and a website. 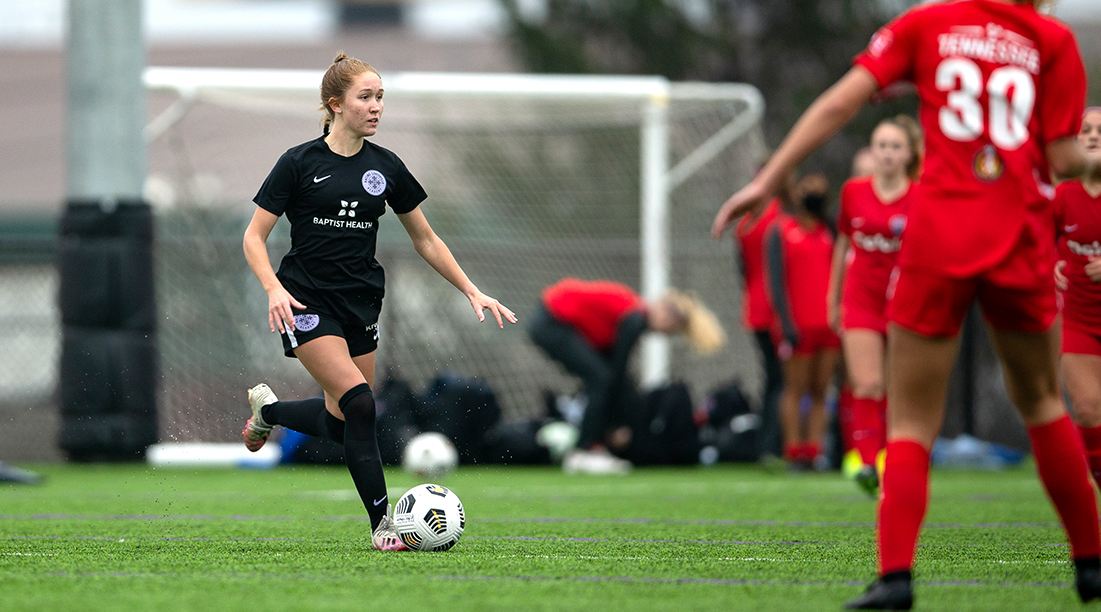 Now in its second year of existence, the Louisville City FC and Racing Louisville FC Academy has grown to become the only area club providing a pathway from the beginning of a player’s career to the professional level.

Registration is open for U-5 through U-8 age groups, coined Academy Juniors with more information available at a newly launched website (loucityracingacademy.com) that will feature updates for academy families and fans alike on rising soccer stars.

The girls and boys programs now range from the U-5 to U-19 levels, and a pipeline to become a pro is open after Oldham County native Elijah Wynder in December became the first academy player to sign a full first team LouCity contract. The same opportunity exists for Racing Louisville academy members to one day join the 2021 NWSL expansion side.

“This completes the youth player experience from the time they start kicking the ball,” said academy director Mario Sanchez. “Families can grow in the game of soccer as we continue to grow.”

When the academy launched in 2020, news and information was stored on the LouCity first team website. Now, those wanting to keep up with the burgeoning youth program have a separate home for keeping up on the future of their favorite clubs at loucityracingacademy.com.

“We’re really excited for the new website,” Sanchez said. “It will give soccer enthusiasts the opportunity to learn about all we’re offering within the LouCity and Racing youth teams.”

The Academy Juniors program, led by Junior Academy Director Kincaid Schmidt, will focus on developing players at younger levels. They may grow up with soccer as a hobby, though the hope is also to find the next Wynder to represent the community as a homegrown pro.

Schmidt said the U-5 and U-6 programming will focus on basics of movement and soccer skills. U-7 and U-8 players will be introduced to more technical aspects of the game and put in small-sided games.

“This helps us provide a home for young players who can see out their potential in the future,” said Schmidt, who previously held a leadership role within the Major League Soccer club Colorado Rapids’ youth program. “It’s about fun, belonging and development. Fun first — feeling like they belong and then development comes as a long-term process.

“Whether you’re a girl or a boy, this club can be something special for you.”

Those looking to enroll a child in the Academy Juniors ranks can register for Spring Sessions set for March 12-April 23 or May 7-June 11.