Brynn Sebring's goal is to create a superior experience at the NWSL expansion club. 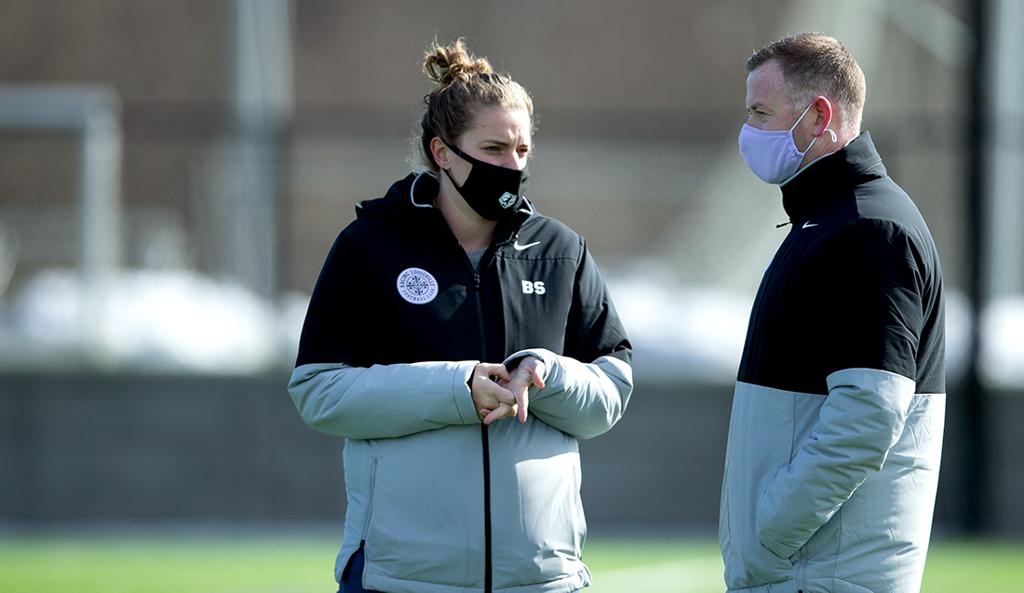 Racing Louisville FC's Brynn Sebring, hired as the NWSL's first director of player experience, will be the first to tell you she's no soccer expert. But that hasn't stopped Sebring from building an environment around the expansion club that treats every athlete like a "World Cup winner."

In a story this week by The Equalizer's Dan Lauletta, Sebring spoke about how she came to join the Racing staff and her role in helping the players settle into a new city.

“Basically, I manage every single thing that touches the players when they’re here,” Sebring told Lauletta. “From how they get picked up at the airport to what they’re living in to how we communicate our schedule to how we prepare and support them off the field. It’s a large scope.”

For Sebring, it is about the little details for each player. Before the players even moved into their apartments, she made sure that they could possibly need for their first night in an apartment was there and ready for them upon arrival.

“It’s really nice coming into a new market and a new place and feeling like you don’t even have to run to the store the first night,” goalkeeper Michelle Betos said. “Little things like having a garbage bag in the garbage to having a roll of toilet paper. The bed was made. You could walk in and take a deep breath and settle in on your own time.”

Through the positive experience that Sebring brings to all players on the Racing roster, she believes that it will help with recruiting future athletes to Louisville. But more importantly for Sebring, she believes it is the right thing to do.

“Players deserve to have good experiences when they’re with a club. And if you want to set the standard for women’s soccer this is a huge part of it. The way players talk about your club when they leave or when they retire is going to be important to your perception.”