All games will be closed to the public starting Saturday against the University of Louisville. 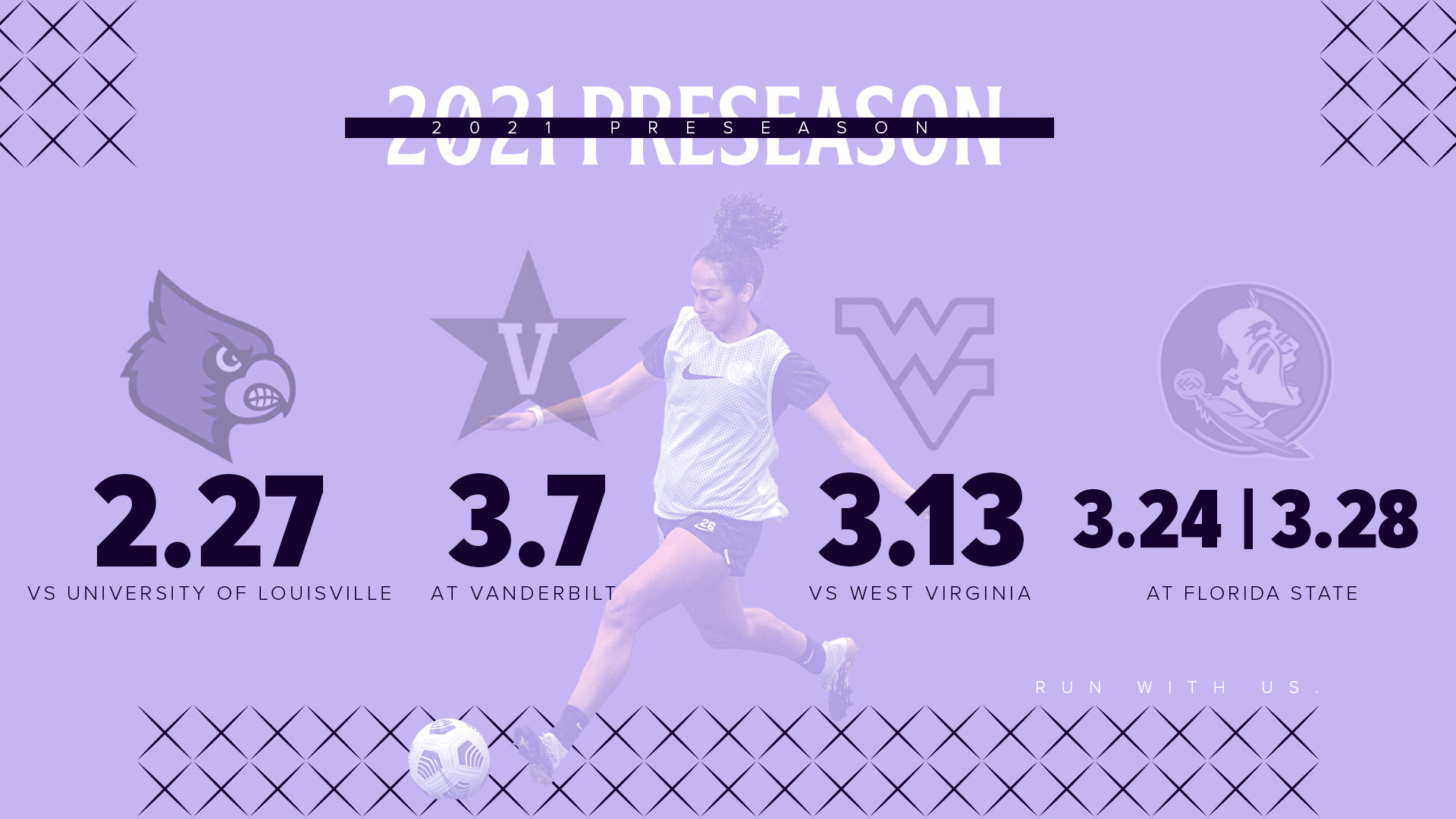 Racing Louisville FC will prepare for its inaugural National Women’s Soccer League campaign with five preseason games against NCAA Division 1 opponents, among them the University of Louisville.

Games begin Saturday and will lead up to an April 9 start to the NWSL’s Challenge Cup tournament. The regular season then begins in mid-May.

Each of Racing’s preseason games are expected to be closed to the public. Should a host school choose to live stream an event, details will be communicated via Racing Louisville FC's social media channels along with in-game updates.

“It’s great to be able to confirm some dates for our preseason,” said Racing’s head coach, Christy Holly. “As a team we have a lot of work to do and many areas of the game that we wish to improve upon. Each of these games will allow us the opportunity to be challenged by good opposition while also continuing to work on the cohesion within the team.”

Racing’s first-ever competition will come this weekend against neighboring UofL. The Cardinals finished 4-5 during an abbreviated 2020 season when starring forward Emina Ekic, since selected No. 5 overall by Racing in the NWSL Draft.

Racing will travel March 7 to play against reigning SEC Tournament winner Vanderbilt, which has already qualified for this spring’s NCAA Tournament. The Commodores’ roster includes senior goalkeeper Sarah Fuller, nationally known after in December becoming the first woman to score in a “Power Five” conference football game kicking for Vandy.

Racing will be back home on March 13 when playing host to West Virginia. The Mountaineers finished second in the Big 12 Conference with a 7-2 record last fall and are chasing an NCAA Tournament bid.

Preseason activities will wrap up March 24 and 28 with a pair of contests against powerhouse Florida State in Tallahassee. The Seminoles went 11-0 last fall, won the Atlantic Coast Conference and feature midfielder Jaelin Howell, who was called up to the U.S. Women’s National Team for the SheBelieves Cup.

The Challenge Cup and NWSL season schedules will be announced later.