'Be in the moment'; Racing's pros advise aspiring academy players

They gathered recently on Zoom calls to discuss the path to pro. 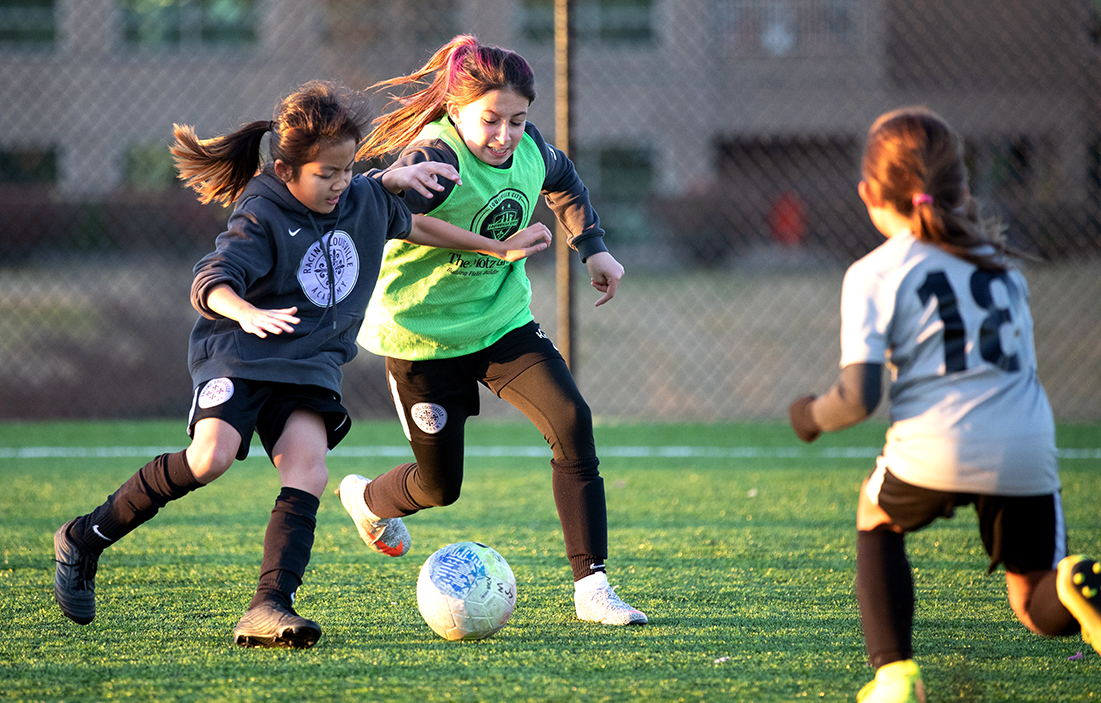 Racing Louisville FC's academy athletes get the opportunity each session for a professional experience, training over the same fields as the club’s first team at Champions Park.

This week, youth players also connected with the pros themselves while displaced by recent winter weather that recently hit the region. Snowed in and unable to practice, academy members connected with Racing’s roster about lessons learned along the way of their own path to pro.

All academy age groups were able to submit questions for first team coaches and players, including Emily Fox, the recent 2021 NWSL Draft’s No. 1 pick. Fox began training Thursday with Racing after a stint in camp with the U.S. Women’s National Team.

Ekic, the No. 5 draft pick out of the University of Louisville, drove home the importance of focusing on yourself rather than others.

“Comparisons are the thief of joy,” she said. “My teammates at Louisville all committed at different times in our high school careers, but we all ended up at the same place. Don’t get discouraged or down on yourself. Focus on yourself and your skills. Work on your weaknesses until they are your strengths.”

All four players emphasized the importance of learning from errors.

“Have confidence in yourself to know that you are going to make mistakes,” Otto said. “Those mistakes are what is going to allow you to get better.”

Ashley, who Racing acquired in the 2020 NWSL Expansion Draft, noted how she handles big situations when nerves come into play.

“Go back to the small things,” Ashley said. “I tell myself to make my next tackle hard or complete my next pass. Then from there, I slowly build.”

Academy athletes also heard from Holly some advice on defensive tactics that can be translated from the youth to first team levels.

“We can’t just talk about it and then expect to go out and do it on a Saturday,” Holly said. “We live that lifestyle. It is a very forward proactive way of living on and off the field.”

“It is a mentality,” Fox added.

Following the program, Racing’s players encouraged academy members to tune into the USWNT’s eventual 1-0 SheBelieves Cup victory over Canada. They also advised their aspiring counterparts not to be strangers around the training facility that will upon its completion this spring house operations for the club.