The Athletic: Racing players, coaches find start of something special

Matt Pentz details the culture behind the 2021 NWSL expansion club. 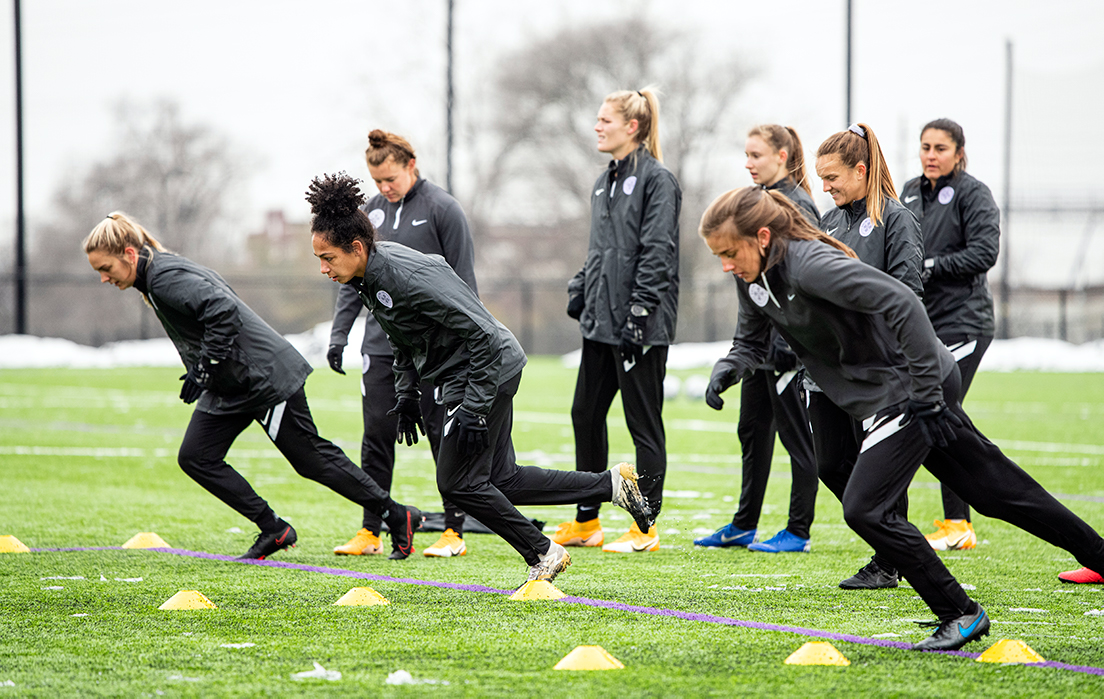 It may not reflect on the scoreboard this season — such are challenges of being an expansion club — but Racing Louisville FC Head Coach Christy Holly expects to make the rest of the NWSL “uncomfortable.”

In a new story by The Athletic’s Matt Pentz, Holly talked up the facilities and culture around Racing, which will kick off its inaugural campaign this April in the NWSL’s Challenge Cup tournament.

“Our owners have shown a real desire to raise the level,” Holly told Pentz. “Sometimes you look around and get frustrated that what we’re doing (in professional women’s soccer) is not the standard. I think it will make people uncomfortable around the league, truthfully, but I think the people within this organization are going to drive continual evolution of standards within this league.”

Of course, Racing will play home games at the new Lynn Family Stadium, which can accommodate 15,304 fans and is situated just east of downtown Louisville. Players are housed in riverfront apartments, and a nearby $15 million training facility is expected to fully open this spring.

“There’s just something so exciting about this,” goalkeeper Michelle Betos said. “I’ve been around the league for a long time and just my initial impressions about the stadium and the way they presented themselves on social media and their messaging — the way they spoke about the club and what they wanted it to be — it was just an impressive thing for me. Even if I wasn’t involved with the club, I would still be grateful that Louisville is involved in this league.”

Holly also described some difficulties in assembling a roster amid the COVID-19 pandemic. In particular, Swedish midfielder Freja Olofsson continues to await her visa. The coach hinted that other reinforcements are to come.

“Will we win the NWSL next year? Probably not,” Holly told Pentz. “Will you come here and take three points for free? I certainly hope not, or shame on me.

“…It doesn’t have to happen overnight. Make sure that we do this step-by-step, and build something that will hopefully outlast all of us.”