Coach Christy Holly has gathered a unique group for the club's inaugural season. 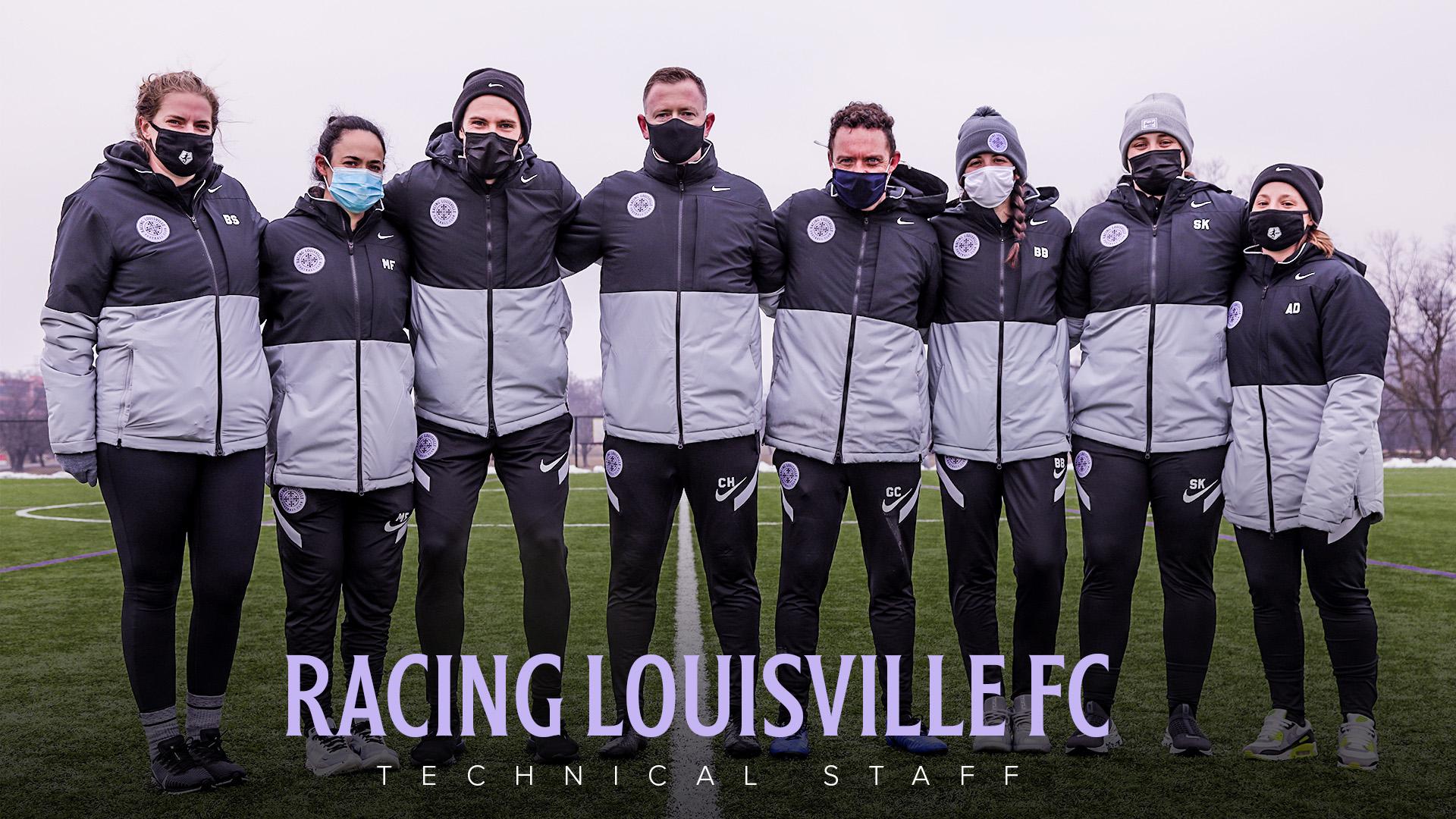 With preseason underway, Racing’s staff and players are preparing for an April 10 start to the NWSL’s Challenge Cup tournament against the Orlando Pride before their regular season begins in mid-May.

"I'm both excited and proud to be able to enter the season working with such a fantastic group of people," Holly said. "Each individual has a huge amount of experience at various levels of the game and, most important, there is a real alignment between each of them and the club's overall vision.

"We were very deliberate with our recruitment process to ensure we brought in people who were highly skilled but also always willing to put the players first. I am very thankful for the support of the Racing management throughout this process."

• Curneen who, as with Holly, is a native of Northern Ireland, worked for two seasons on the Chicago Red Stars’ staff after a stint as Division 1 California State University Bakersfield’s head coach. A self-described student of the game, Curneen holds a UEFA A License and is the published author of “The Modern Soccer Coach 2014” detailing emerging trends in his industry.

• Gonzalez, Indiana University's women's associate head coach, will join Racing just before the Challenge Cup. He boasts more than two decades of coaching experience, including eight years with both women's and men's Big 10 Conference programs. Internationally, he has also coached goalkeepers for the U-16 and U-17 national teams.

• Ahead of Gonzalez's arrival, Louisville City FC standout Tim Dobrowolski worked with Racing's keepers in preseason. Dobrowolski played three seasons for the USL Championship side, helping the club to league titles in 2017 and 2018.

• Brown arrived in Louisville having worked most recently with the University of Houston’s women’s soccer and basketball teams as director of sports performance. There, she oversaw all aspects of performance, GPS monitoring and nutrition for her teams. Brown holds CSCS, M.Ed., FRCms, FRA, and Metabolic Analytics Practitioner certifications. As a military child, she has lived in Germany, Ukraine and Uzbekistan. Brown is the proud owner of a golden retriever puppy named Winston.

• Sebring, the NWSL’s first director of player experience, spent four years within the league at OL Reign in Seattle, most recently holding the title of associate general manager. She graduated from Lindenwood University in Missouri with an exercise science degree and competed as a synchronized swimmer from age 8 through college.

• Delsanter, who worked with Sebring as OL Reign’s head equipment manager, is also well versed within the NWSL with three years of experience and known for her exceptional shoe game.

• Polk, who won a state title with Sacred Heart Academy in 2015, went on to play for the University of Louisville. She also coaches within the Racing and LouCity youth academies.