Racing's Lynn Family Stadium up for 'Stadium of the Year' 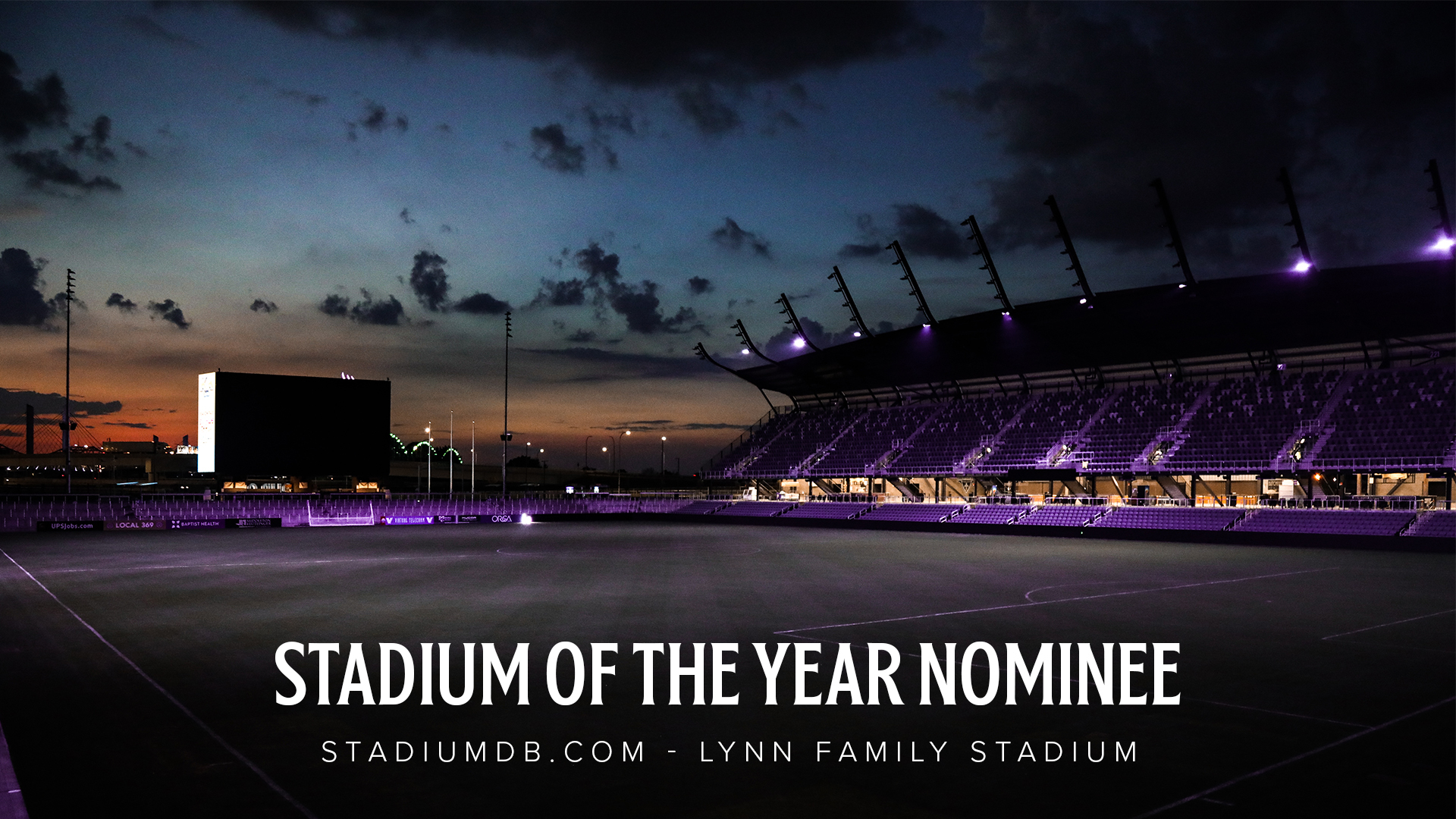 Already home to the two-star USL Championship club Louisville City FC, Lynn Family Stadium is in the running to win a trophy of its own.

The venue, which celebrated its inaugural season last year and in 2021 is also becoming home to the National Women’s Soccer League expansion side Racing Louisville FC, has been nominated for Stadium Database’s 2020 Stadium of the Year competition, it was announced Monday.

The contest matches Lynn Family Stadium against other new facilities from across the globe with voting running now through March 15 at StadiumDB.com. Lynn Family Stadium is up for both the Popular Vote, decided solely upon fan selections, and Jury Vote determined by a panel of architectural experts.

To vote, click here and select five stadiums, rating them one through five stars, to complete a ballot. Users can vote once per device.

After more than 30,000 votes were cast from 127 countries or territories, last year’s Popular Vote was headlined by Hungary’s $615.8 million Puskás Aréna with the Premier League’s $1.3 billion Tottenham Hotspur Stadium coming in second. The architectural vote, however, swung to the Japan National Stadium which was constructed in time for the 2020 Tokyo Olympics now rescheduled for this summer.

With a capacity of 15,304 in the Butchertown neighborhood just east of downtown Louisville, Lynn Family Stadium was intricately designed to embody the culture of the city its clubs proudly call home.

“Featuring a bourbon barrel-inspired facade, the unique ‘eyelash’ lights and ideal sight lines from every section, we’ve added to the city’s landscape the type of venue that can put Louisville into global conversations when it comes to the international game of soccer,” said Brad Estes, President of Soccer Holdings LLC.

“We can’t wait to see Lynn Family Stadium in all her glory with 15,000 supporters cheering on our Racing Louisville FC and Louisville City FC teams.”

Lynn Family Stadium’s construction includes a number of supporter-friendly features. There’s a state-of-the-art video board -- second largest in Kentucky behind Churchill Downs’ massive screen -- ideal seating close to the pitch, myriad food and drink options, solar-powered charging stations, a beer garden and a 72-foot bar at the facility’s open end believed to be the longest in the state.

The $65 million project was completed in March of last year, but Lynn Family Stadium waited until July for its grand opening to 4,850 fans -- roughly one-third capacity given restrictions amid the COVID-19 pandemic. With its safe-standing supporter zones providing ardent support, it still served as a solid home field advantage as LouCity took a 13-game unbeaten streak into the USL Championship’s Eastern Conference Final.

Racing Louisville will kick off its inaugural season in the NWSL Challenge Cup, which starts April 9, while LouCity’s 2021 campaign opens on or around May 1.