As with other aspects of Racing Louisville, preseason's a slow build

Players and coach Christy Holly weighed in on the start of training. 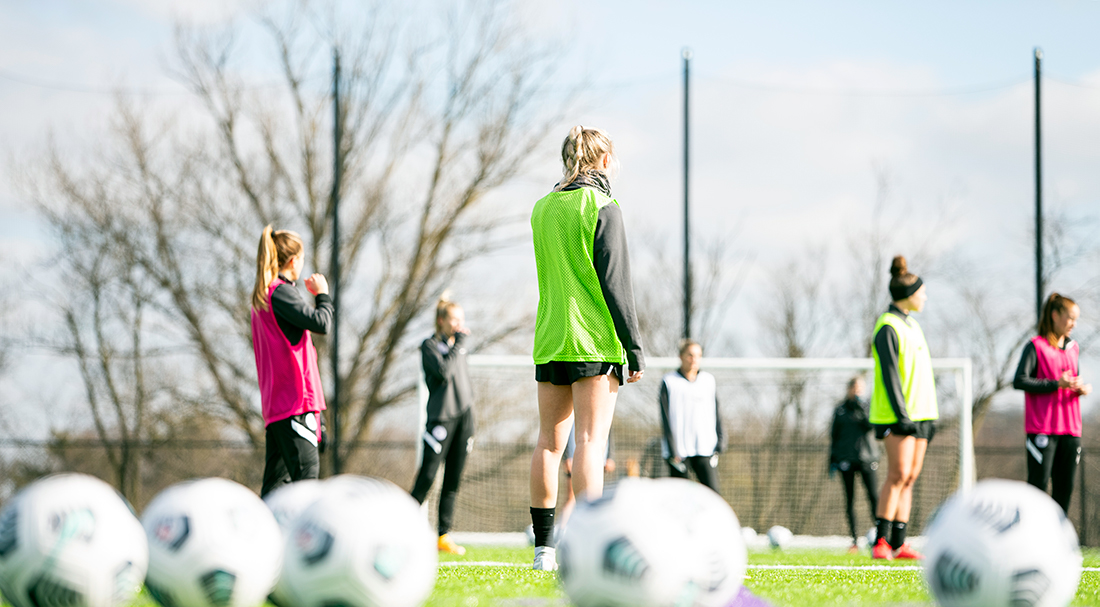 In a club career stretching more than 10 years, goalkeeper Michelle Betos has played both around the National Women’s Soccer League and internationally with stops in Seattle, Portland and Australia, among other destinations.

“It’s really a dream come true,” Betos said of her new organization, Racing Louisville FC, which this week began its inaugural preseason camp. “I’m really excited for the season to start and the other teams and TV to see what we’re working with here, because I’ve been a lot of places in this league, and this is the most special one for sure.”

Betos, teammate Lauren Milliet and Racing Louisville coach Christy Holly each spent time with reporters Wednesday, sharing their first impressions of both the team environment and the facilities in which they’re happening — the new Lynn Family Stadium and multimillion-dollar training facility at Champions Park.

The preparation immediately leads up to the NWSL’s Challenge Cup beginning April 9. But Holly has also often stated intentions to think longterm. He’s constructing a culture now that could pay off for years.

“Truthfully, we haven’t started ramping up preseason just yet,” said Holly. “We are going to layer them up so that by four weeks’ time, we can get after them hard and let their bodies get ready for that.

“Ultimately, the focus within that is embedding that style of play that we wish, helping them get more aligned with the culture, and build up that chemistry.”

Holly expressed his desire to play an attractive, effective style that will allow the club to compete at the highest level of women’s soccer. His new bunch of players are matching that mentality.

“There is a real onus on intensity and everything being done 100 percent all the time,” said Milliet, who was acquired in the 2020 NWSL Expansion Draft from the North Carolina Courage. “I think that is really important, especially with a new team.”

Racing will have upwards of 30 players in camp at any given time, combining roster and non-roster players looking to earn contracts. One big arrival coming later is that of Emily Fox, who was the No. 1 overall pick in the 2021 NWSL Draft. The defender out of UNC will train later this month with the U.S. Women’s National Team as it prepares for the SheBelieves Cup.

Holly expects Fox on the field in Louisville around Feb. 18-19.

“We’re all very delighted and proud of Emily for her call up to go back in with the national team,” said Holly, who opted against having Fox arrive here between her other recent call up in January. “…We felt that it was more beneficial for her to build a program from our end that aligns with what the national team needs and allow her to stay in her home environment — and also celebrate the fact that she was picked as the No. 1 draft pick. She can spend some time with her family before the season starts. It’s a more holistic approach.”

Fox fits the mold of Holly’s Racing player — young and hungry for high-level soccer. The club will mix in that core with a few more experienced players, such as forward Yūki Nagasato, who begins training next week, and Betos, who most recently played for OL Reign.

“The other veterans and myself, we are talking it upon ourselves to implement all of our knowledge we have from the league,” Betos said. “I am honored and really excited to be a part of building that culture, starting fresh, and really making this something special.”

“The stadium and training facility are beautiful,” she said. “We’re seeing it built more and more every day, so that’s been a cool process and I’m really excited to see it all come to fruition.”

The goalkeeper also reflected on her experience starting with the then-Seattle Reign FC, who began its NWSL journey in 2013, and described how the league has evolved years later.

“Everything is so well put together and we are so well taken care of,” Betos said. “It shows the growth of the league to see what a brand-new team looks like now versus when we started.”

Following the Challenge Cup, Racing’s inaugural NWSL season will begin in mid-May. Season tickets are now on sale with more than 3,000 already claimed. To purchase your own, visit RacingLouFC.com/tickets or call (502) 568-2489 during regular business hours to reach our team.