Forwards from Arkansas, Arkansas State and Arizona could each suit up in lavender in 2022. 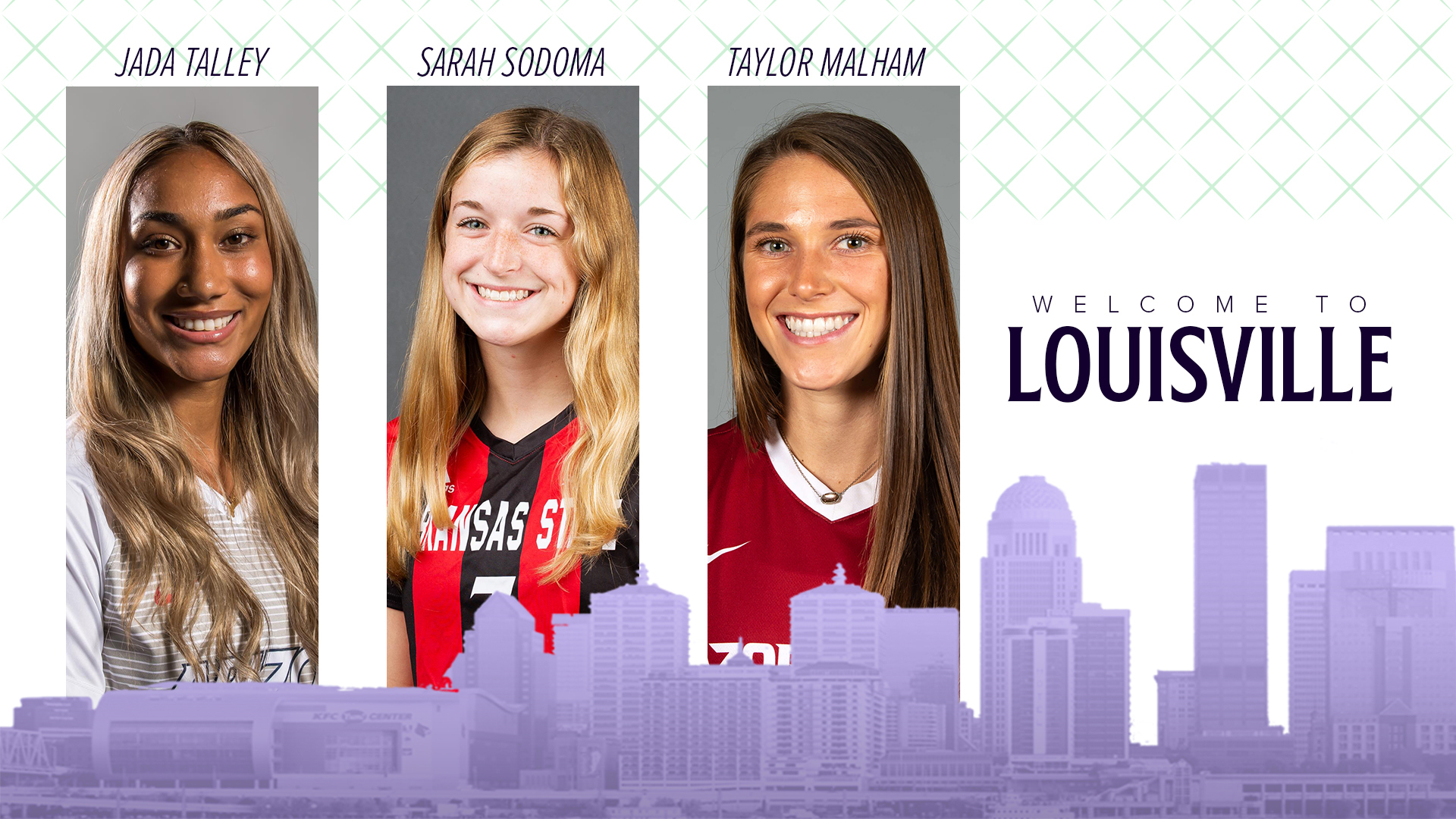 Arkansas’ Taylor Malham, Arkansas State’s Sarah Sodoma and Arizona’s Jada Talley are all expected to remain in college through the fall 2021 season, using the extra year allowed by the NCAA as fallout from the COVID-19 pandemic. Each player will then have the opportunity to earn a contract with Racing Louisville for the 2022 season.

Malham is well acquainted with Parker Goins, another Razorbacks forward Racing took at No. 21 in the draft. Both are from Broken Arrow, Okla., played for Union High School and represented TSC Hurricane at the club level.

Having appeared in every Arkansas game since stepping on campus, Malham was named First Team All-SEC in 2019, when she racked up 9 assists. In a 2020 campaign shortened due to the COVID-19 pandemic, she numbered 2 goals and 4 assists on a Razorbacks squad that went to its fifth straight SEC Tournament Final.

“We are delighted to be able acquire the rights to both Parker and Taylor,” Holly said. “They are players that we have been tracking for quite a while, and we are very confident that they will be great additions to our club as we continue to build out and establish our identity. (Coach) Colby Hale and his staff have done a fantastic job developing their players, and we feel there is a strong alignment between the Arkansas program and our club. In the coming months we will work closely with Colby and his staff to monitor both players and help with their transition to the professional game.”

Sodoma, the reigning Sun Belt Conference Player of the Year and Offensive Player of the Year, recently concluded a standout 2020 campaign having paced the league in the regular season in goals (6), shots per game (3.7) and points (16). She tallied seven goals and four assists in all, counting the postseason, and will build on her school-record 27 career goals moving forward.

From Manchester, Mo., Sodoma led her team to a program-best 10-2-1 record and a Sun Belt Conference Championship appearance in 2020. She's also earned first team all-league honors in each of her four collegiate seasons along with Sun Belt Conference Freshman of the Year in 2017.

"We feel Sarah has a tremendous skillset, a great attitude and is very enthusiastic to work toward being a high-level professional," Holly said. "We know what great work (Coach) Brian Dooley has done with Sarah during her time at Arkansas State, and we are delighted to work alongside him in the coming months as we help Sarah on her transition to the NWSL."

As for Talley, the Corona, Calif., native turned Arizona Wildcat posted program highs with 10 goals, 8 assists and 28 points totaled in 2019, her most recent season. Talley broke out with a sophomore campaign in which she paced Arizona with seven goals, four of those game winners, before her record-breaking junior year that landed her on the Pac-12 All-Conference First Team.

The forward graduated high school with a 4.5 GPA, honors and received the 2014 Scholar Athlete Award from her school.

"Jada has shown throughout her time at Arizona that she is always going to be a threat when on the field," Holly said. "She has exceptional speed and a real eye for goal. We have already talked with her coach, Tony Amato, and are excited about the prospect of the collaborative effort to continually develop her game as she aims for the professional level."