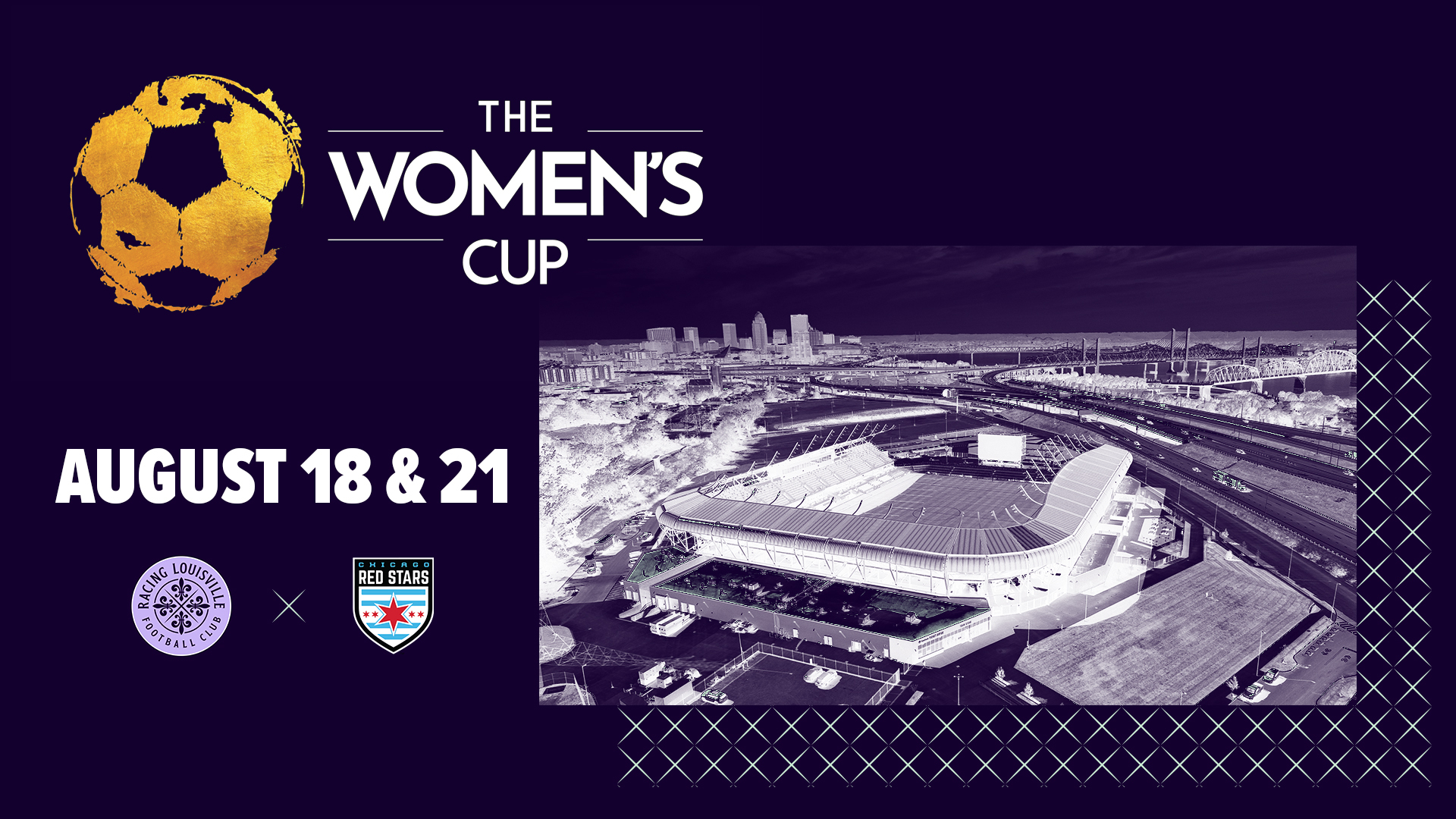 A pair of National Women’s Soccer League teams have signed on to play in the The Women’s Cup, a first-of-its-kind event expected to bring top European clubs to Lynn Family Stadium in Louisville, Ky.

Racing Louisville FC season ticket members will receive first right to tickets once on sale. Others interested in tickets should sign up at InternationalWomensCup.com for the latest information.

On Wednesday, Aug. 18, Louisville will host Chicago before the international visitors meet to cap a doubleheader at Lynn Family Stadium, a soccer-specific facility with a capacity of 15,304 fans.

On Saturday, Aug. 21, The Women's cup's Day 1 winners will meet in the gold medal game and the losers in a bronze medal game when the NWSL sides see international competition.

“I think The Women's Cup is a fantastic initiative,” said Racing Louisville FC Head Coach Christy Holly. “You talk about building out the profile of the club not just on a state-wide level or national level, but we’re looking to be considered one of the biggest and most successful clubs in the world. The ability to bring in world-class talent to the city is definitely a first, and it’s something we want to do on a consistent basis.”

"It's an honor to participate in the The Women's Cup,” said Chicago Red Stars Head Coach Rory Dames. “This is a great opportunity to face world-class talent from around the globe. We're excited to represent Chicago on an international stage and showcase the ability the NWSL possesses."

The Women's cup is backed by a team of seasoned soccer and entertainment professionals with experience putting on numerous high-profile games around the world. Stakeholders intend to make Louisville an annual base for the event as the event expands.

“We are very excited to bring The Women's Cup to Louisville, as we believe it will become an epicenter of women’s soccer for years to come,” said event President Jaime Phillips. ”We can’t imagine a better place to showcase the best talent in the game today while building a healthy rivalry between U.S teams and their competitors from around the globe.”

The Chicago Red Stars, which began play in 2009, were NWSL runners-up in 2019 before a 2020 season interrupted by the COVID-19 pandemic. Chicago’s roster features, among others, U.S. Women’s National Team mainstays Julie Ertz and Morgan Brian Gautrat.

Also home to the USL Championship side Louisville City FC, Lynn Family Stadium opened in 2020 in the Butchertown Neighborhood just east of downtown. The facility boasts seating in close proximity to the pitch, ideal sight lines and a number of amenities, including a state-of-the-art video board and free WiFi throughout the venue.