Wednesday's NWSL Draft the next step in creating a 'sustainable' club

Racing Louisville will open proceedings with the No. 1 overall pick. 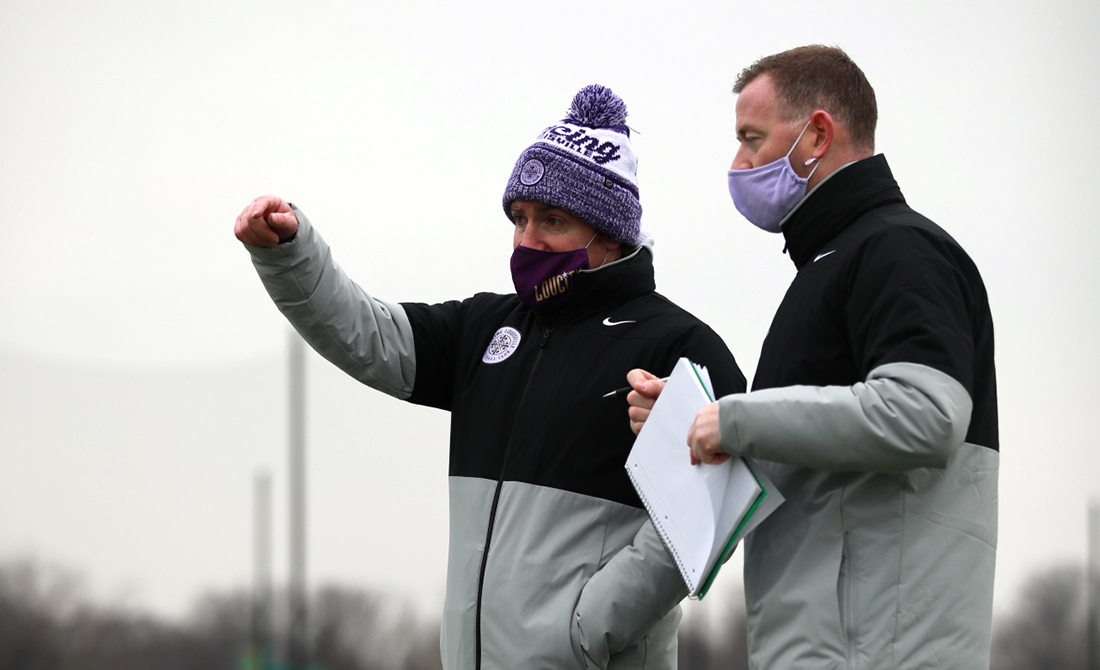 As Christy Holly prepares for his second draft while piecing together Racing Louisville FC’s inaugural roster, the head coach hasn’t wavered from his core goal of building for the club’s long-term future.

Racing Louisville is back on the clock, set to select at No. 1 and No. 5 overall in Wednesday’s NWSL Draft for college players. The event will stream live at 7 p.m. on the league’s Twitch channel and at RacingLouFC.com.

“There’s many different challenges, but for us, it’s making sure that rather than focusing on creating the best team for tomorrow morning, we want to create a club that will be sustainable for years and years to come,” Holly said. “Getting that structure right and getting the right people here is going to be everything.”

As an expansion club, Racing received the first pick and will also lead off the second round at No. 11, third at No. 21 and fourth at No. 31. The fifth overall pick arrived to Louisville via a trade last fall that also added Chicago Red Stars forwards Yuki Nagasato and Savannah McCaskill to the prospective roster.

In return, Chicago received protection from Racing in November’s NWSL Expansion Draft, through which Louisville claimed rights to 14 players. Similarly, clubs will select for college seniors’ rights in Wednesday’s draft.

The league moved to forgive the NWSL Draft registration requirement given the uncertainty caused by the COVID-19 pandemic. A number of college seasons will play out this spring, and some student-athletes have the option not to count the current school year against their college eligibility.

“You open up your net in terms of the width and depth of the pool that you’re looking at, so it’s a good opportunity,” Holly said. “I like to get a little bit geeky, and I like to be able to methodically go through every type of player. So maybe that gives us an advantage.”

Also not forgotten by Holly and his staff is the reality that Racing Louisville -- run by the same group as two-time USL Championship winner Louisville City FC -- is a newcomer to the women’s professional game.

Heading into Wednesday, Racing holds the rights to 19 players, with the most recent acquisition that of defender Brooke Hendrix, a world traveler who was claimed on waivers having played last for the Washington Spirit.

Aa the league’s Feb. 1 report date quickly approaches, Racing will soon have players in Louisville and on the pitch to prepare for a mid-April NWSL Challenge Cup, which will take place in multiple bubbles in various team markets. Following the Challenge Cup, a 24-game season will begin in mid-May with a schedule to be released later.