The Georgia native most recently played for the NWSL's Washington Spirit. 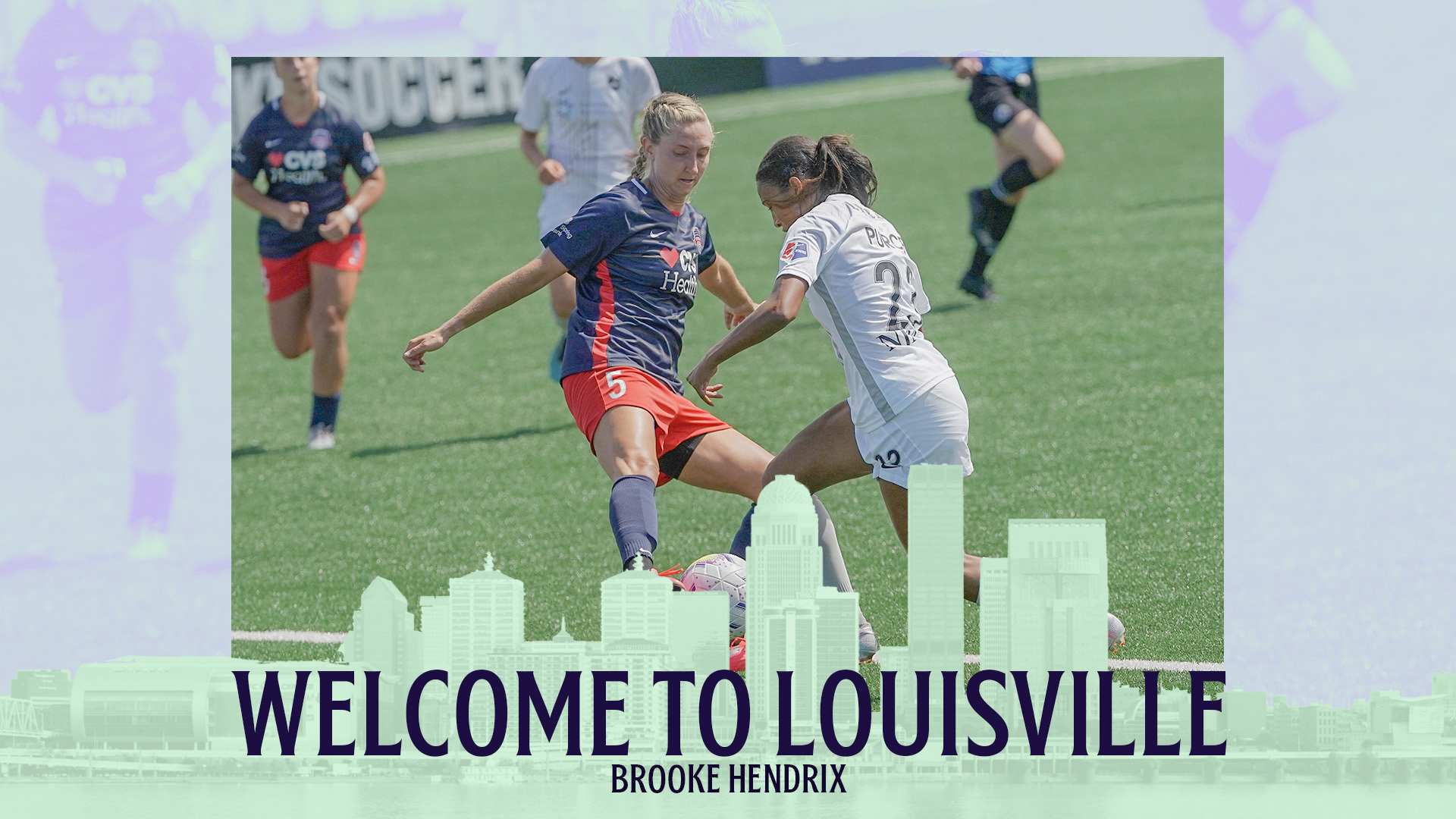 Claimed on waivers from the Washington Spirit, the 27-year-old totaled five appearances across the NWSL’s Challenge Cup and Fall Series in 2020, boasting an 86% pass completion rate during an abbreviated campaign.

“We are delighted to be able to add Brooke to our squad,” said Racing Louisville FC’s head coach, Christy Holly. “Her experiences playing around the world, coupled with her physical presence and willingness to put it on the line for the club, is something we are very excited to incorporate into the team.”

Before signing on for her debut NWSL season, Hendrix competed for West Ham United in the FA Women’s Super League. She saw time in 35 games for the English club, including in the 2019 FA Cup Final, during her two years there.

The Sharpsburg, Ga., native also has on her professional resume a stint with Serie A club Brescia Calcio Femminile. Crucial to the club’s 2017-2018 campaign, Hendrix helped lead her Italian side to a league runner-up finish, Round of 16 Women’s Champion League run and Women’s Super Cup victory.

Hendrix competed in 23 Brescia games, bagging two goals with two assists in her back line role.

“We are excited to be able to bring Brooke on board,” said James O’Connor, Racing Louisville’s executive vice president of development. “She is an experienced defender with solid attributes, and I’m sure she will prove herself to be a good addition to our team.”

Hendrix enjoyed a decorated college career as a four-year starter for the University of Southern Mississippi, netting seven goals during her time there while serving as the Golden Eagles’ minutes leader in 2014, her senior season.

With Hendrix’s addition, Racing Louisville has the playing rights to 19 players, with most of those obtained through the NWSL Expansion Draft back in November. The expansion side is also set to select at No. 1 and No. 5 overall in the Jan. 13 NWSL Draft for college players.

NWSL competition is expected to begin mid-April with the second iteration of the Challenge Cup, which will take place in multiple bubble environments, team markets, or some combination of the two before a 24-game regular season starts in mid-May.