Coach Christy Holly has visions of seeing her play at the national team level. 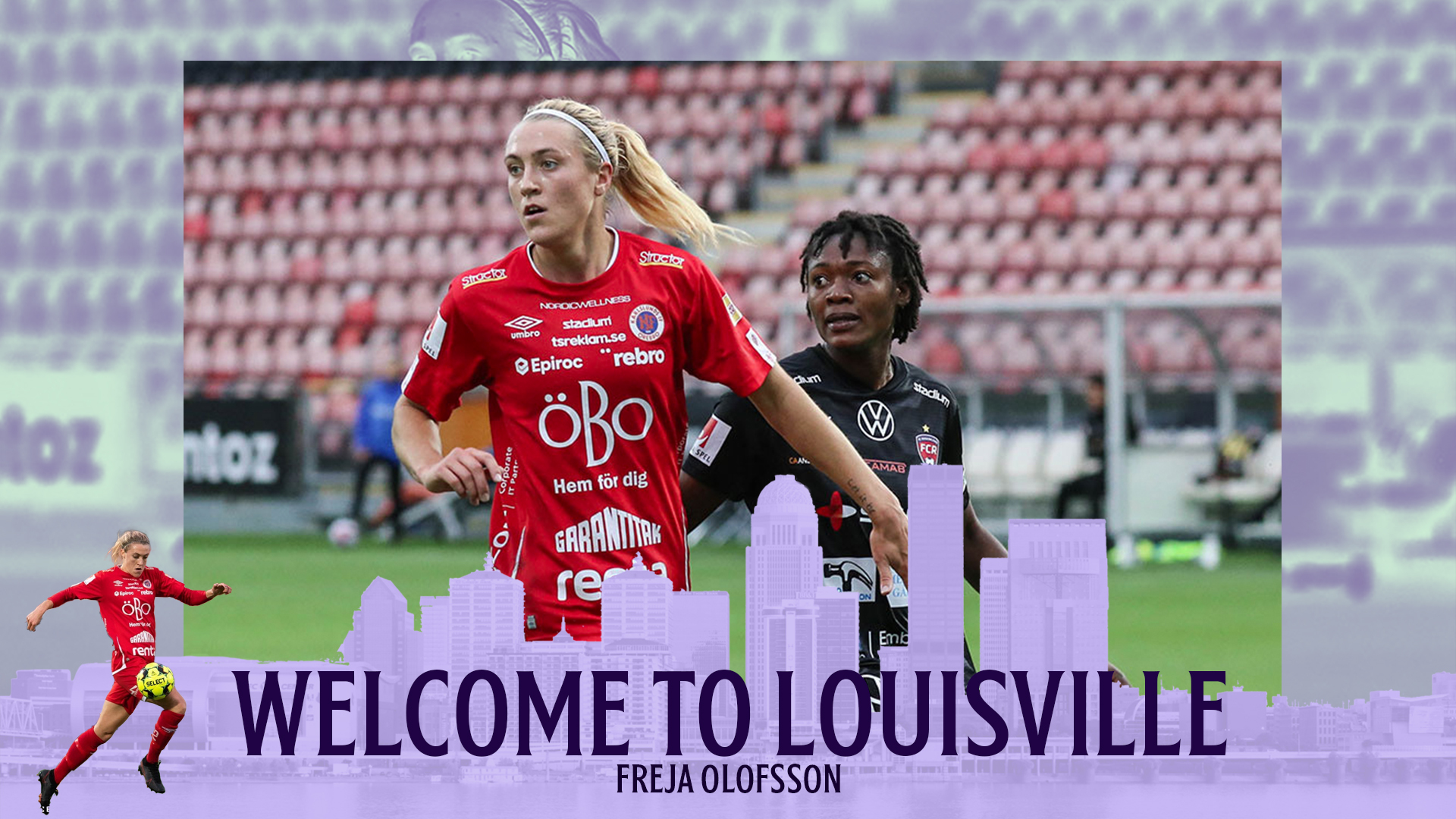 In its first roster move since the recent NWSL Expansion Draft, Racing Louisville FC has signed Swedish midfielder Freja Olofsson ahead of the club’s inaugural 2021 season, it was announced Tuesday.

A 22-year-old youth international currently training with Sweden’s U-23 squad, Olofsson played club soccer most recently for first division side KIF Örebro in Sweden. She will arrive to Louisville next year on a two-year contract.

“Freja's a very dynamic central midfielder who can cover ground,” said Racing Louisville FC coach Christy Holly, a former U.S. Soccer analyst who has seen Olofsson play in person multiple times. “We feel her physical attributes fit the profile of the type of player that will be successful here.

“She’s someone who we feel has tremendous upside,” Holly added. “We expect to see her representing Sweden fairly soon. We know she’s part of their plans. As a young player, she’s hungry. She’s got developmental work to do along with many other players we’re bringing in. We feel like this is a great platform for the next stage of her career.”

In his post for U.S. Soccer, Holly traveled the world scouting potential U.S. Women’s National Team opponents to prepare for the 2019 FIFA Women’s World Cup. Olofsson was among the players who stood out, leading to conversations with her and her family before the signing.

“I'm thrilled to be a part of this new club, and I consider the move as a great step in my career that will take my game to the next level,” Olofsson said. “I’m impressed by everything I've seen so far, and I’m looking forward to meeting my new teammates and to start training under Christy Holly. I can’t wait to get started and build something great together with everyone involved in Racing Louisville FC.”

Olofsson shows appearances for KIF Örebro dating back to 2015. Her career was interrupted due to a torn anterior cruciate ligament, from which she returned in 2020 to make 21 appearances — 18 of them starts — scoring two goals to go with an assist.

Prior to her injury, Olofsson also played for her country at the U-17 and U-19 levels.

“If she would have not been set back, my thoughts are that she might have made Sweden’s 2019 World Cup team,” Holly said. “Now it’s up to us to push her on to the national team. We knew there were Champions League teams expressing interest in her. We tried to sign her and show how much we valued her by getting this done early.”

Olofsson adds to a core of players transferred via a pre-draft trade with the Chicago Red Stars, forwards Yuki Nagasato and Savannah McCaskill, and forward Cheyna Matthews, who was picked up off the NWSL’s Re-Entry Wire. Racing Louisville FC then acquired the rights to 14 more players in the expansion draft.

Competition is slated to begin mid-April in 2021 with the NWSL Challenge Cup, which will take place in multiple bubble environments, team markets, or some combination of the two before the full 24-game regular season starts in mid-May. The schedule will be released later.