U.S. Women's National Team gets a game against the Netherlands

The Nov. 27 friendly marks the squad's first fixture since March. 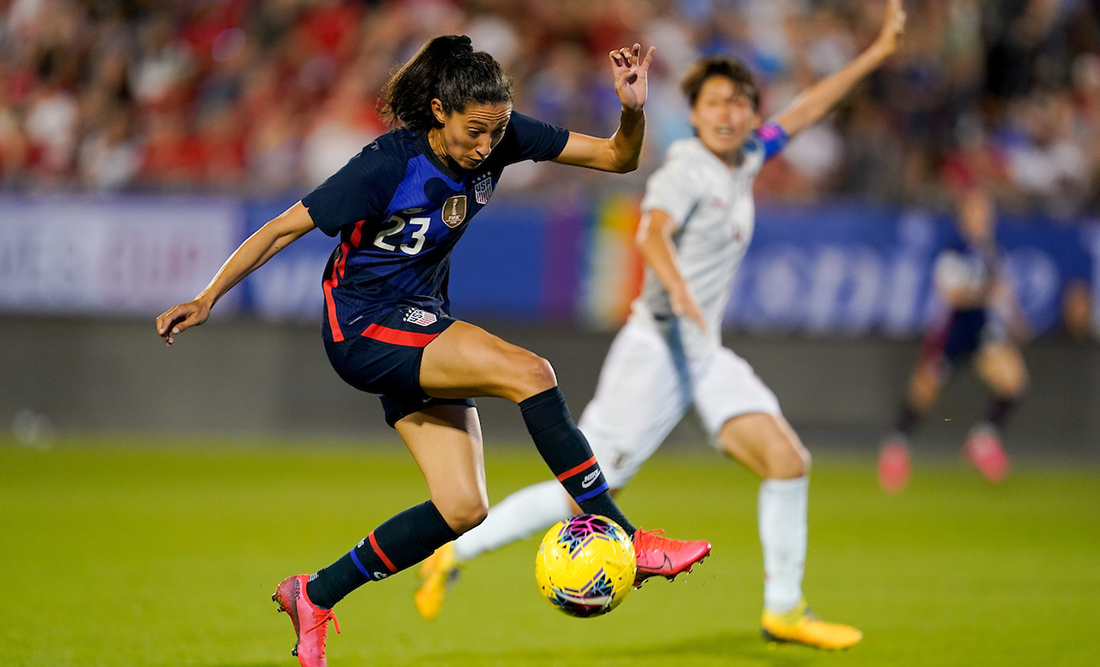 The U.S. Women’s National Team will return to competitive action for the first time in 261 days when it takes on the Netherlands on Friday, Nov. 27, at Rat Verlegh Stadium in Breda, Netherlands, about 67 miles south of Amsterdam.

The USA will have six training days in the Netherlands before the match, which will kick-off at 12:30 p.m. ET / 6:30 p.m. local and will be broadcast on ESPN2 and TUDN.

The USWNT is coming off a successful return to the field in the form of an 11-day training camp at the end of October in Commerce City, Colorado, that marked the first event for the team since the 2020 SheBelieves Cup in March. The match against the Netherlands, which will be played without fans in the stands, will be the first for the USA since March 11, when it defeated Japan 3-1 to win the SheBelieves Cup. The 261 days between games is the longest the team has gone without an international match since the program’s infancy in the early 1990s.

“First, everyone is just really excited to have an international match,” said U.S. Women’s National Team head coach Vlatko Andonovski. “That it’s against the Netherlands makes it even better and more challenging. We had to get back on the field for a real game at some point, so it might as well be against one of the best teams in the world. We have a lot of work to do before the Olympics and facing a really talented Dutch team will give us a good look at where we are at the end of this very unusual year.”

As they did during the training camp in Colorado, the U.S. players and staff will operate inside a highly controlled environment at the team hotel. The staging of the camp and the match will fall under the comprehensive U.S. Soccer Return to Play Protocols and Guidelines and in accordance with the UEFA Return to Play Protocols, with stringent collaboration by The Royal Netherlands Football Association. The U.S. delegation has received an exemption from quarantine provided to professional sports organizations. Everyone entering the environment will be tested for COVID-19 before traveling, upon arrival and every two days thereafter. The USA will not begin full team training until the results of all arrival tests are confirmed.

The USA and Netherlands will be forever linked in women’s soccer history after meeting in the historic 2019 FIFA Women’s World Cup Final in Lyon, France on July 7 of last year. The USA won 2-0 to lift its fourth World Cup trophy on goals from forward Megan Rapinoe, via a penalty kick, and a brilliant solo run and strike from midfielder Rose Lavelle.