The club will make its picks starting at 7 p.m. Thursday. 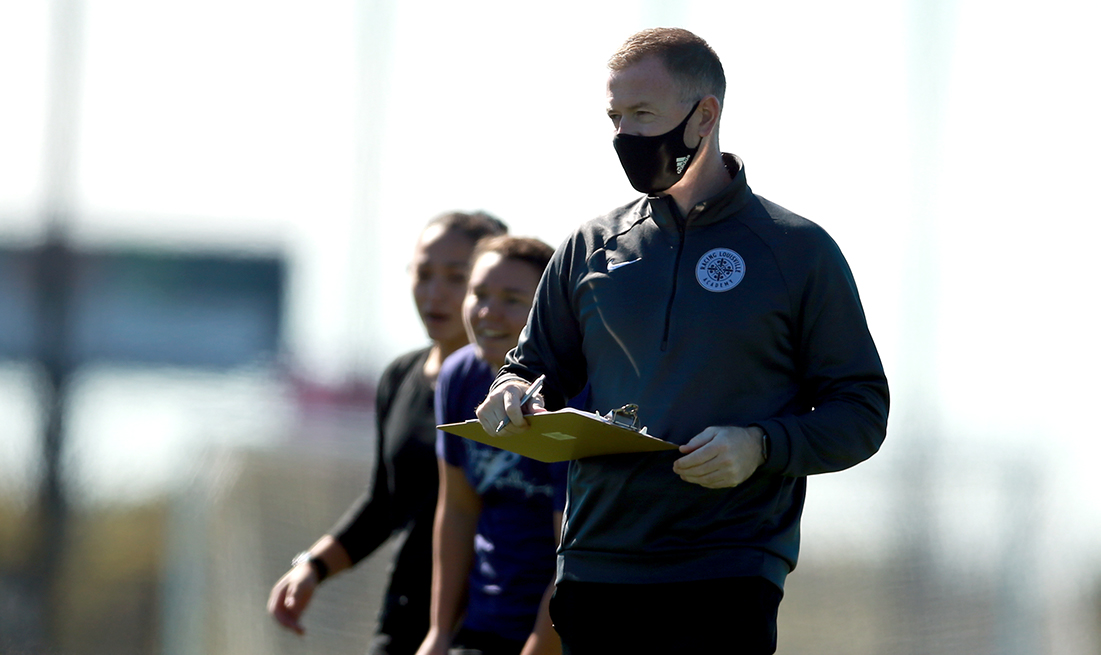 “Racing Louisville is at the very start of its journey,” Holly told reporters this week. “We need to identify players that align with our journey and have the same desires, ambition, hunger and energy as us to work through this project.”

The draft -- which spans 18 rounds beginning live at 7 p.m. on the NWSL’s Twitch channel -- offers Holly the opportunity to fill out Racing’s inaugural roster before beginning play in the top-tier women’s soccer league in 2021.

With the release of the NWSL’s protected/unprotected lists late last week, Holly and his team were able to put finishing touches on a plan they’ve spent months developing.

“I think there were only one or two surprises in there,” Holly said of the lists. “So we’ve been quite fortunate that over the last number of weeks and months we’ve been able to dedicate quite a bit of time to preparing for this.

“Ultimately, it was a case of trying to predict what each team was going to do with their players. Then as we go through those protections it’s about finding the players for us that we feel fit what we are trying to do with the organization both tactically and also culturally.”

On Thursday, Racing can select up to two players, or one U.S. Allocated Player, from each NWSL team and two U.S. Allocated players overall. The Chicago Red Stars, however, have full roster protection following a trade deal that landed Louisville forwards Savannah McCaskill and Yuki Nagasato.

With on-field success beyond year one front of mind, Holly is more invested in building a strong foundation for his club.

Another expansion draft looms next year as Angel City FC enters the league, becoming the NWSL’s 11th member. Holly will keep that in mind while trying to draft a core group that can develop over time.

“If we can build a foundation that we think is sustainable over a number of years, I feel that would be the more sensible and logical approach,” said Holly, who came to Louisville after working for Sky Blue FC and as an analyst for U.S. Soccer. “(It’s) in order to ensure that we don’t come out of the gates next year, have a good year, but then get ripped apart this time next year (in the next expansion draft).

“I’d be lying if I said I’m happy to acknowledge that history tells us to just sit, take our beatings, and in a couple years’ time be a part of the conversation. We really and strongly wish to be competitive in every single game. We wish to try and learn from people before us to take those lessons and hopefully apply it so that we can make a real good impact in the league from day one.”