The NCAA champ and Jamaican international will join the club after the birth of her second child. 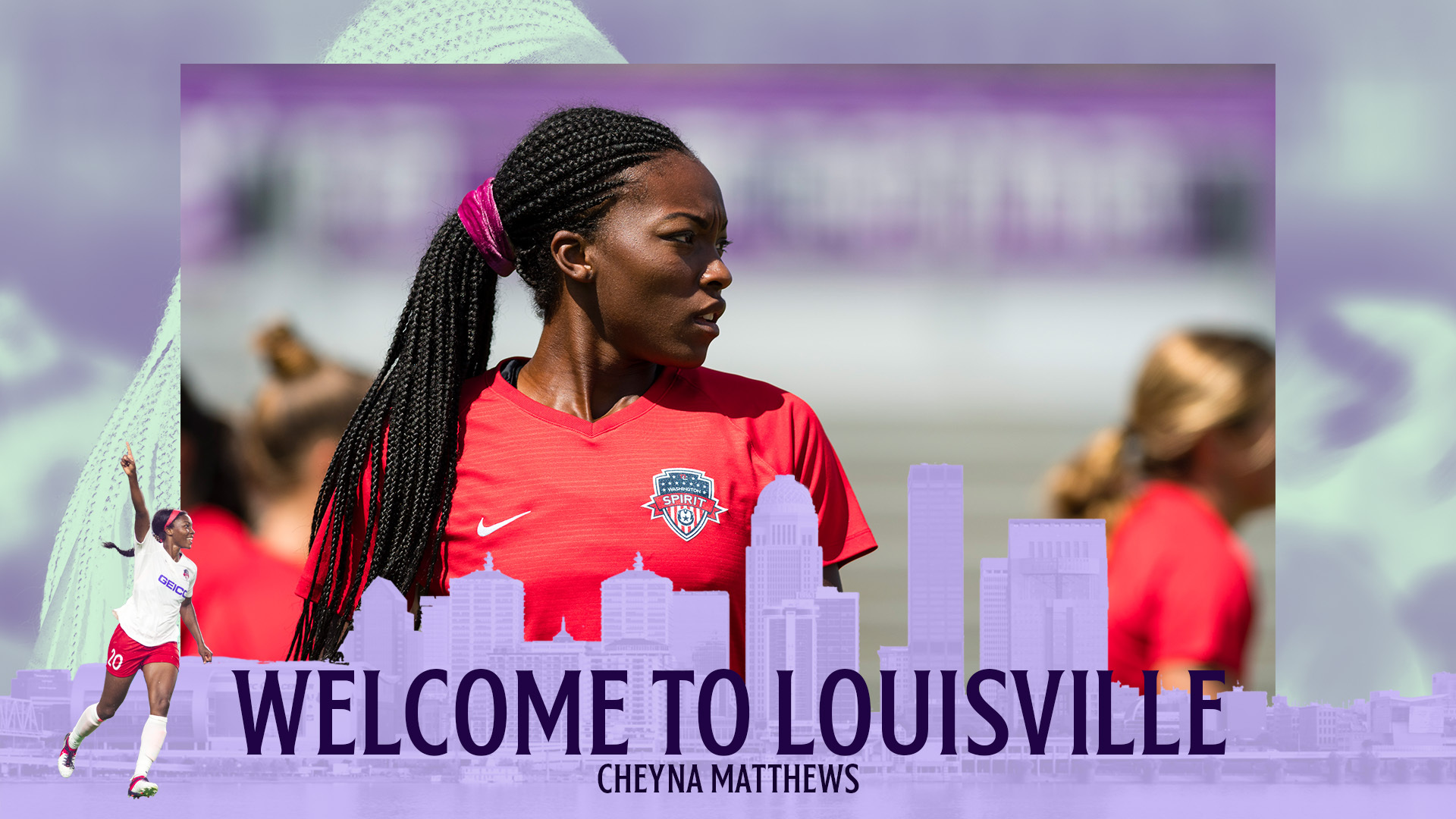 The 26-year-old has played the balance of her professional career for the Washington Spirit, which selected Matthews seventh overall out of Florida State in the 2016 NWSL College Draft. She became available to Racing late last week as the National Women’s Soccer League released its Re-Entry Wire as part of the End of Season Process.

“She’s an exciting, fast, goal-scoring forward with a good reputation across the league,” said Racing Louisville FC coach Christy Holly. “She can play in any position across the forward line, so her flexibility brings huge value to the team. Cheyna is the type of player we’re looking to recruit. Having spoken to her previous coaches and teammates, she commands a lot of respect.”

Matthews scored a trio of goals in 17 NWSL appearances in 2019. Internationally, she came on in two World Cup games that year as well before Jamaica — her mother’s home country — bowed out in the group stage.

During the World Cup, FIFA.com coined Matthews “Jamaica’s super mom.” The wife of NFL free agent wide receiver Jordan Matthews, she was back to training four months after the birth of her first son, Josiah. Matthews is expecting for baby No. 2 in December and will afterward ease into her role with Racing Louisville FC.

“All along, I’ve had every expectation of coming back to play in 2021,” Matthews said. “I’ve had really positive talks with my national team coach in Jamaica about next year, and I’m looking forward to having a new environment in Louisville.

“I’ve been very active. I feel better this time around than the last time. I don’t know if that means I’ll get back sooner. Whenever I’m feeling well enough to train, that’s when I want to be there and start building with the team.”

“We’re not going to rush her,” Holly added, “but Cheyna has already shown she came back from her first pregnancy quickly. We’ll be part of her journey and vice versa.”

Matthews is the third member of Racing Louisville FC’s prospective roster. Last month, to guarantee protection from the NWSL’s newest franchise in the Nov. 12 expansion draft, the Chicago Red Stars executed a trade sending forwards Savannah McCaskill and Yuki Nagasato to Louisville. McCaskill has played for the U.S. Women’s National Team, while Nagasato won the 2011 World Cup with Japan.

Matthews boasts an exemplary resume herself. After transferring from Vanderbilt, where she was First-Team All-SEC in 2013, Matthews started every game for Florida State’s first national championship-winning team in 2015, totaling 10 goals and seven assists. She then scored three goals in her debut pro season, 2016, and upped it to five goals in 2017.

A shift from Washington, D.C., to Louisville will keep Matthews closer to Nashville, where her husband is rehabbing from surgery and serving as a volunteer assistant coach on Vanderbilt’s football staff in hopes of earning another NFL contract.

“Having two kids with my home base in Nashville, when I saw that Louisville was an expansion team, my ears perked up,” Matthews said. “I was happy to learn of some mutual interest for me to come in and be part of a new club.”