The forwards were included in a recent trade with the Chicago Red Stars. 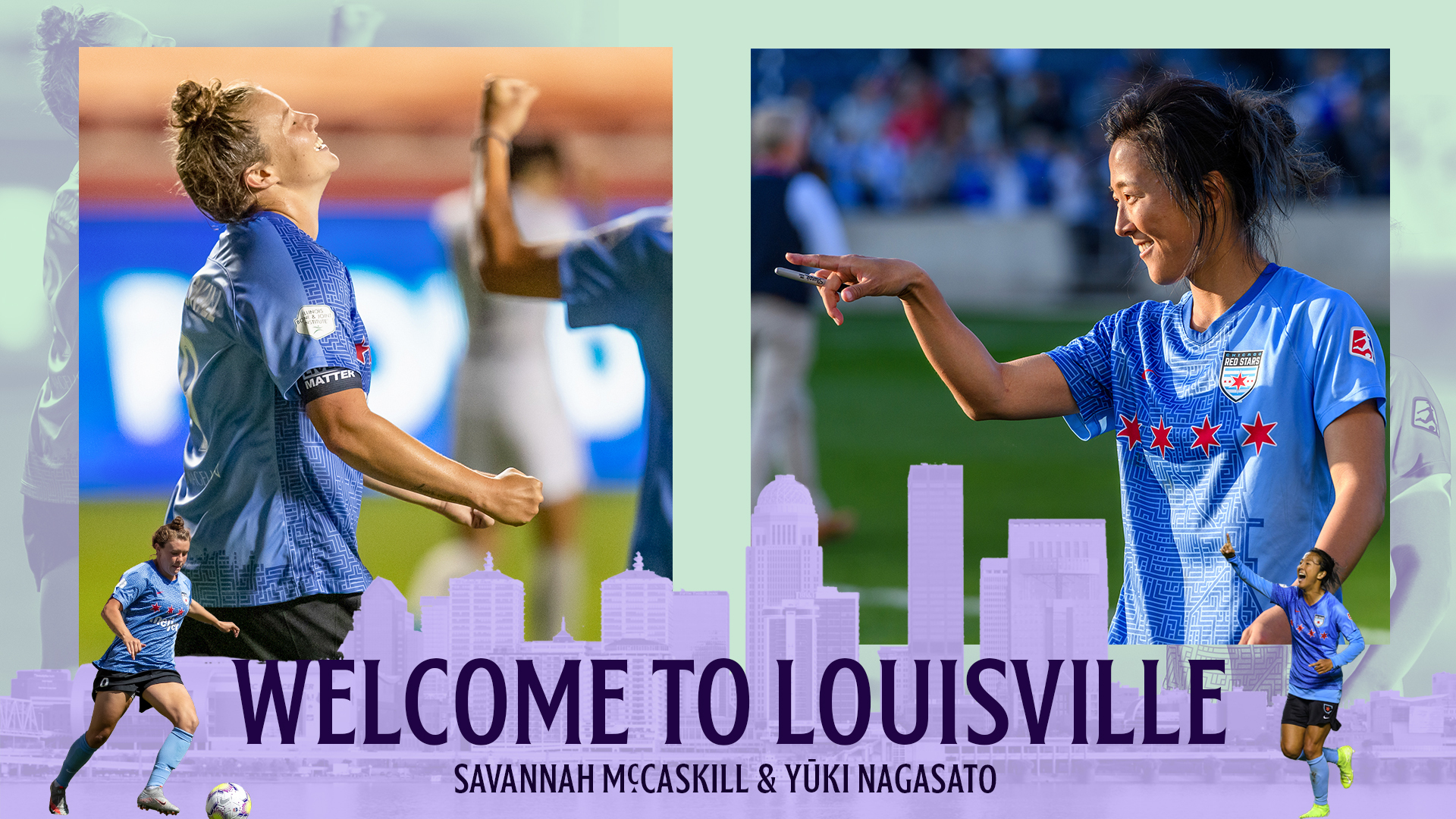 Racing Louisville FC has also acquired an extra international slot for the 2021 and 2022 seasons as well as the Red Stars’ first-round pick in the 2021 NWSL Draft — meaning the club can expect to select at No. 1 and No. 5 overall. In exchange, the rest of Chicago’s squad received protection from Racing Louisville FC in the Nov. 12 expansion draft.

The deal was executed as the NWSL’s trade/waiver window closed Thursday at the conclusion of 2020 competition.

“We are proud to have Savannah and Yūki join our club,” said Racing Louisville FC coach Christy Holly. “Both players bring a wealth of talent to our organization and will be influential on and off the field. We feel that they both possess a combination of hunger and experience that's instrumental as we lay the foundation to what we feel will be a very exciting and talented team for the 2021 NWSL season and beyond.”

“Both are outstanding players and more importantly great people,” added James O’Connor, Racing Louisville FC’s executive vice president of development. “We feel both players will prove to be great additions for us."

With three seasons of NWSL play along with United States Women’s National Team experience, McCaskill will arrive to Louisville with an already impressive resume. Selected No. 2 in the 2018 NWSL College Draft by the Boston Breakers, the striker was quickly picked up by Sky Blue FC in the 2018 NWSL Dispersal Draft. McCaskill hit the ground running with Sky Blue, appearing in 26 games over two seasons and finishing her rookie campaign as the NWSL Rookie of the Year runner-up.

McCaskill also made her National Team debut in January of 2018 during a friendly against Denmark and went on to appear in all three of the United States’ SheBelieves Cup games. The 24-year-old from Chapin, S.C., has starred in Australia’s W-League, too, scoring twice in the championship game while on loan as Sydney FC won the 2019 title.

Nagasato — a 2011 World Cup winner with her native Japan and the 2019 NWSL assist leader — played three seasons for the Red Stars. Since 2004, the Atsugi, Japan, native has suited up for her home country in three World Cups and two Olympic Games, tallying 132 caps and 58 goals for the team.

The 33-year-old striker was a catalyst in helping Chicago reach its first-ever NWSL championship game in 2019 with eight goals and eight assists on the season. Most recently, Nagasato signed a loan deal through the NWSL offseason with the Hayabusa Eleven that has seen her become the first woman to compete professionally for a men’s team in Japan.