Full NWSL Fall Series schedule set with 18 games in all

Five games will air on CBS as the NWSL Game of the Week. 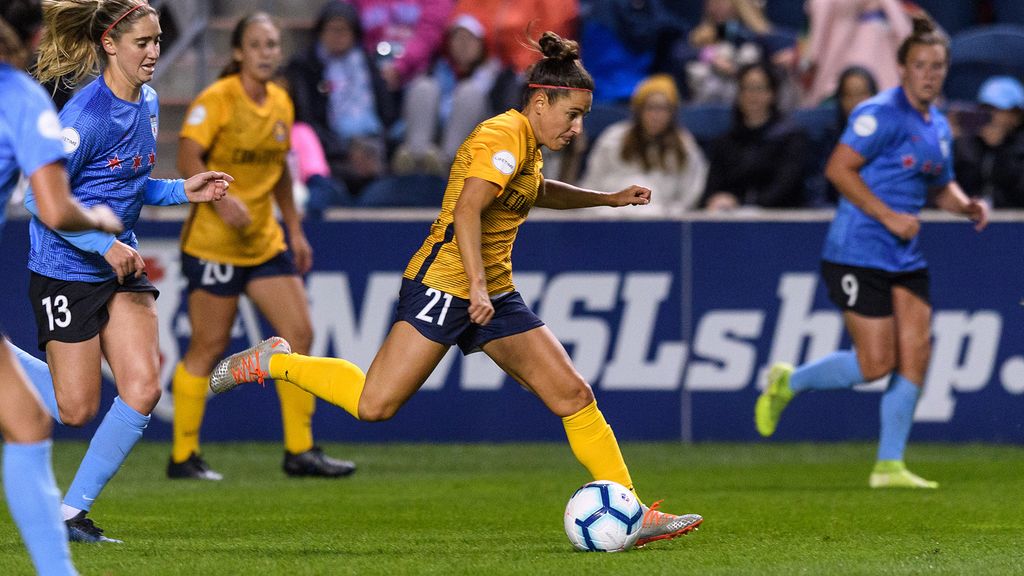 The National Women’s Soccer League on Thursday released the remaining games of the 2020 NWSL Fall Series.

Sky Blue FC and Washington Spirit will kick off the series on at 1 p.m. ET Saturday at Segra Field and play will conclude with two matches on Oct. 17 between Orlando Pride and North Carolina Courage, and OL Reign and Utah Royals FC.

Both the opener and the final game between Orlando and North Carolina will air on CBS.

There will be a televised NWSL Game of the Week on CBS a total of five times, including every Saturday in September and one of the final games on Oct. 17. In addition, CBS Sports Network will televise the NWSL Game of the Week two Saturdays in October. CBS All Access will exclusively stream four games as well as the CBS broadcast coverage. Twitch will exclusively stream seven games globally, including in the United States, and every game internationally.

The NWSL fall series will include 18 games over the course of seven weeks featuring three, three-team pods that will all play one another and enable the league to minimize travel.

The NWSL has also announced that play-by-play announcer Jenn Hildreth and analyst Lori Lindsey will call all NWSL Games of the Week on CBS and CBSSN. Play-by-play announcer Mike Watts will also be joined by Lindsey for the four exclusive CBS All Access games. Marisa Pilla will serve as CBS’ sideline reporter, providing fans with pre-game, halftime and post-game interviews with players and coaches.

Lori Lindsey is a former U.S. women’s national team player whose professional playing career spanned 13 years. Lindsey is one of only four players to have played in all three of the U.S. professional women’s soccer leagues. She now works in broadcast, calling soccer games for the NWSL for the last 3 seasons, including most recently, the 2020 NWSL Challenge Cup that took place in Utah in June and July.  Lindsey serves as an analyst for the Philadelphia Union and LAFC in MLS, as well as during various USL games, and ACC and SEC games. Lindsey also travels the globe speaking, raising awareness and advocating for women’s equality and the LGBTQ community.

Mike Watts earned his first professional broadcast assignment with the NWSL’s Sky Blue FC in 2014, calling league matches for a fifth year – the last three for NWSL media’s coverage on Verizon and Yahoo Sports. Watts most recently called all games for the NWSL’s Challenge Cup on CBS All Access. Watts has commentated premier worldwide events for ESPN, Concacaf, United Soccer League, and U.S. Soccer. Beyond soccer, Watts is the preseason TV voice of the Cincinnati Bengals in addition to covering the NBA, NBA G League, WNBA, and NCAA.