Sky Blue, Washington and Chicago will get familiar with each other beginning Saturday. 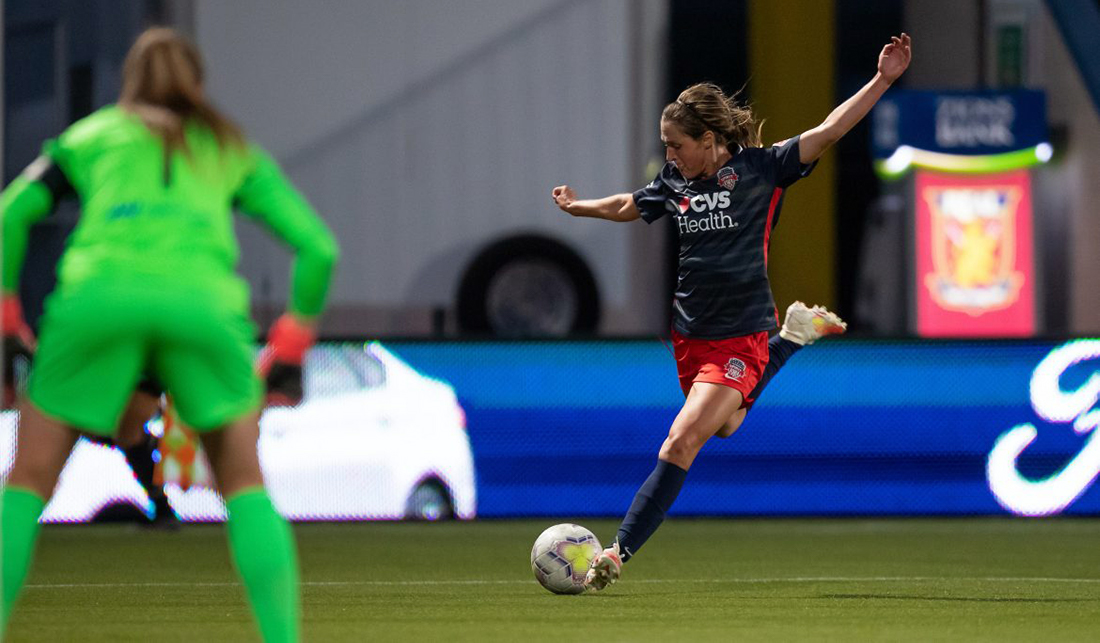 The National Women’s Soccer League is set to launch its Fall Series on Saturday complete with 18 games from three regional pods, minimizing travel for its nine teams.

The Northeast group will kick off the series when Sky Blue FC travels to take on the Washington Spirit on Saturday in the NWSL Game of the Week broadcast at 1 p.m. ET on CBS.

Here’s what to know about the Northeast…

After many offseason moves and a new head coaching hire, Sky Blue went from winning five games in the 2019 season to making it to the NWSL Challenge Cup semifinals earlier this summer. The team has made drastic improvements, evidenced in a 2-0 Challenge Cup victory over eventual champion Houston Dash, and will look to continue growth in this new series.

Zerboni came over to Sky Blue in the offseason after spending three seasons with the defending league champion North Carolina Courage. The veteran helped to cement the Sky Blue midfield in the Challenge Cup by appearing in all but one game. She tallied one assist in the tournament and boasted a 78% passing success rate.

The Spirit opens up the Fall Series looking for revenge against Sky Blue after falling to them in the knockout round of the Challenge Cup on penalties. With 16 players under the age of 25, the Spirit is building a team for the future and offered glimpses into how good they can be in the Challenge Cup, where they were even on goal differential while going 2-1-1.

Hatch will look to continue to lead the Spirit attack during the Fall Series. Since joining the club in 2018, the attacker has tallied 12 goals and four assists.

The Red Stars fell to the Houston Dash in the Challenge Cup final after a slow start, going 1-2-1 before the knockout rounds. Chicago also added many players in the offseason to strengthen its attack. The Red Stars struggled to find the back of the net consistently, however, being shutout in four of their seven Challenge Cup games.

McCaskill saw action in all seven of Chicago’s Challenge Cup contests, finding the back of the net once and tallying two assists. With Rachel Hill out on loan, McCaskill will look to pair up with Kealia Watt and help to rejuvenate the Red Stars attack.

The remainder of the Fall Series schedule will be released at a later date.