Start of NWSL Fall Series schedule out with CBS broadcasts

In all, 18 games will be played over seven weeks. 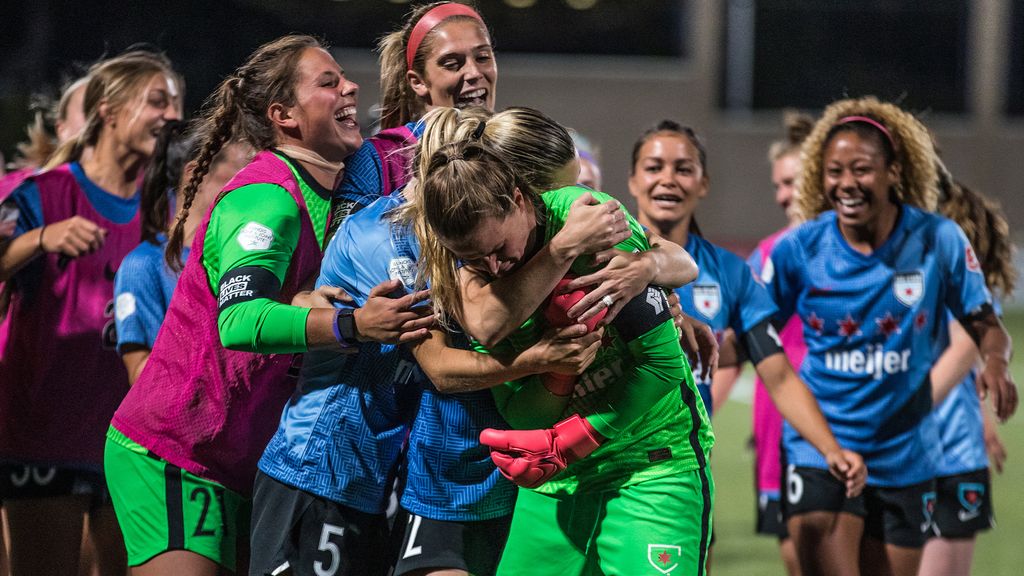 The National Women’s Soccer League on Tuesday released the schedule for the first three weeks of the 2020 fall series, including the opening matchup between Sky Blue FC and Washington Spirit at 1 p.m. ET Saturday at Segra Field. The opening match will also be the NWSL Game of the Week, airing on CBS.

The NWSL fall series will include 18 games over the course of seven weeks, featuring three, three-team pods that will all play one another and enable the league to minimize travel.

“I’m thrilled that we’ve been able to put together a schedule that gets our players back out on the pitch and showcases their talent for a global audience, while limiting travel as much as possible and keeping player and staff health and safety our top priority,” said NWSL Commissioner Lisa Baird. “I want to thank our players, club staff, and our entire ownership group for their collaboration and continued flexibility as we navigate this unique moment in time. I can’t wait to watch this fall series unfold.”

The full schedule for the initial three weeks of the series is available below. The Game of the Week will feature every NWSL club at least once, including OL Reign at Portland Thorns FC on Sept. 12 and Orlando Pride at North Carolina Courage on Sept. 19. The remaining games will be announced in the next week.