The Lavender Legion and LouCity Ladies are both now accepting members. 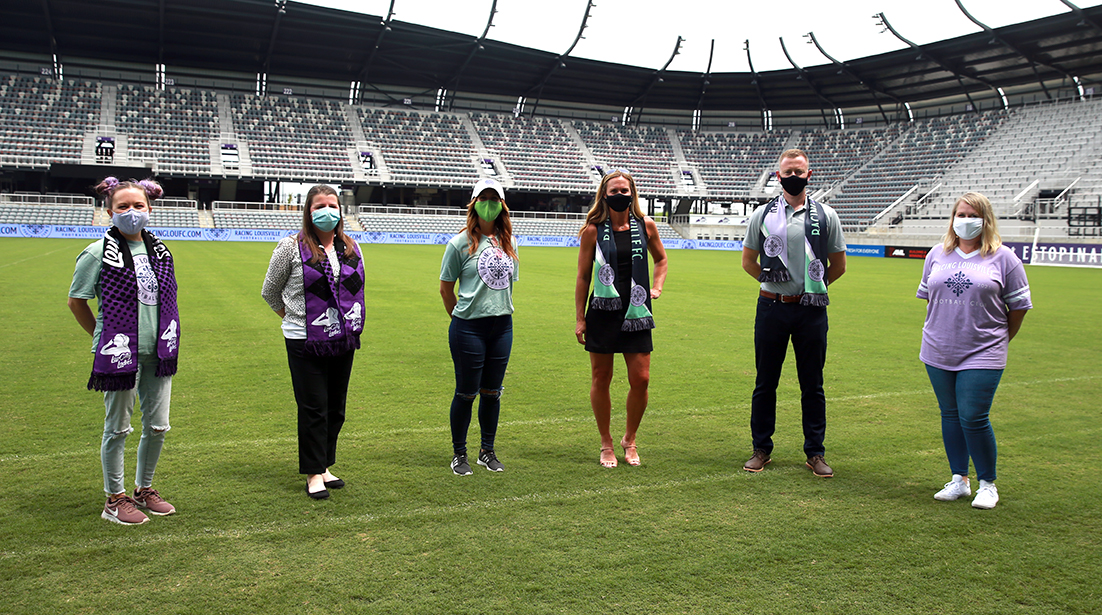 Racing Louisville FC, the National Women’s Soccer League’s 2021 expansion franchise, is approaching 3,000 season tickets sold for its inaugural campaign. Accordingly, a pair of supporters’ groups have formed to back the club.

The Lavender Legion (lavenderlegion.com) this week began accepting members at an apt cost of $5.02. Leigh Nieves, the group’s president, expects these supporters to occupy the closed Estopinal End of Lynn Family Stadium similar to The Coopers at Louisville City FC games.

“Our main goal is to raise awareness of women’s soccer,” Nieves said. “I think people are familiar with the national team but not so much about the NWSL. We just want to be super open and bring people in.

“I’m grateful that our board is a diverse group of people who really want to make an impact. We’re really looking forward to building something from everyones’ perspective.”

The Lavender Legion is a registered nonprofit, with Nieves saying the group is likely to support LGBT-related organizations and charities. Knowing Racing Louisville FC has sold season tickets to people in all states neighboring Kentucky, another goal for the Legion is expansion into nearby cities such as Cincinnati and Nashville.

Racing’s other official supporters’ group, the LouCity Ladies, are a more established bunch having launched before the 2018 Louisville City FC season.

The LouCity Ladies (loucityladies.com) are open to women and those who identify as such, with dues of $5. A majority of members sit with family or friends outside the designated supporter zones at Lynn Family Stadium, but they’ve come together away from those 90 minutes on the pitch to advocate for each other.

“All the supporter groups are wonderful, but we wanted one that could showcase women’s voices and opinions all over the stadium — not just behind the goals,” said LouCity Ladies president Michele Wilkinson.

Aside from game day support of Louisville City FC and Racing Louisville FC, the LouCity Ladies also engage in charities, involving themselves with, among others, Louisville Grows, Active Heroes and the #FeedtheWest initiative designed for food justice in underserved areas of Louisville.

“Through every charity we’ve worked with, we’ve brought more people into watching soccer and caring about soccer,” Wilkinson said. “And we’ve brought people who care about soccer into these organizations around Louisville. That’s what we do.”

“It’s that whole circle. You grow the soccer community and take care of the community where you live.”

Visit RacingLouFC.com/tickets or call (502) 568-2489 to secure your Racing Louisville FC tickets today. As recently announced, the team will be coached by Christy Holly, who most recently served as opposition analyst for the United States’ 2019 FIFA Women’s World Cup-winning run. The NWSL season typically begins in April with the league including international stars such as Megan Rapinoe and Alex Morgan, among other household names.