Racing Louisville FC fans will want to know about these players from close to home. 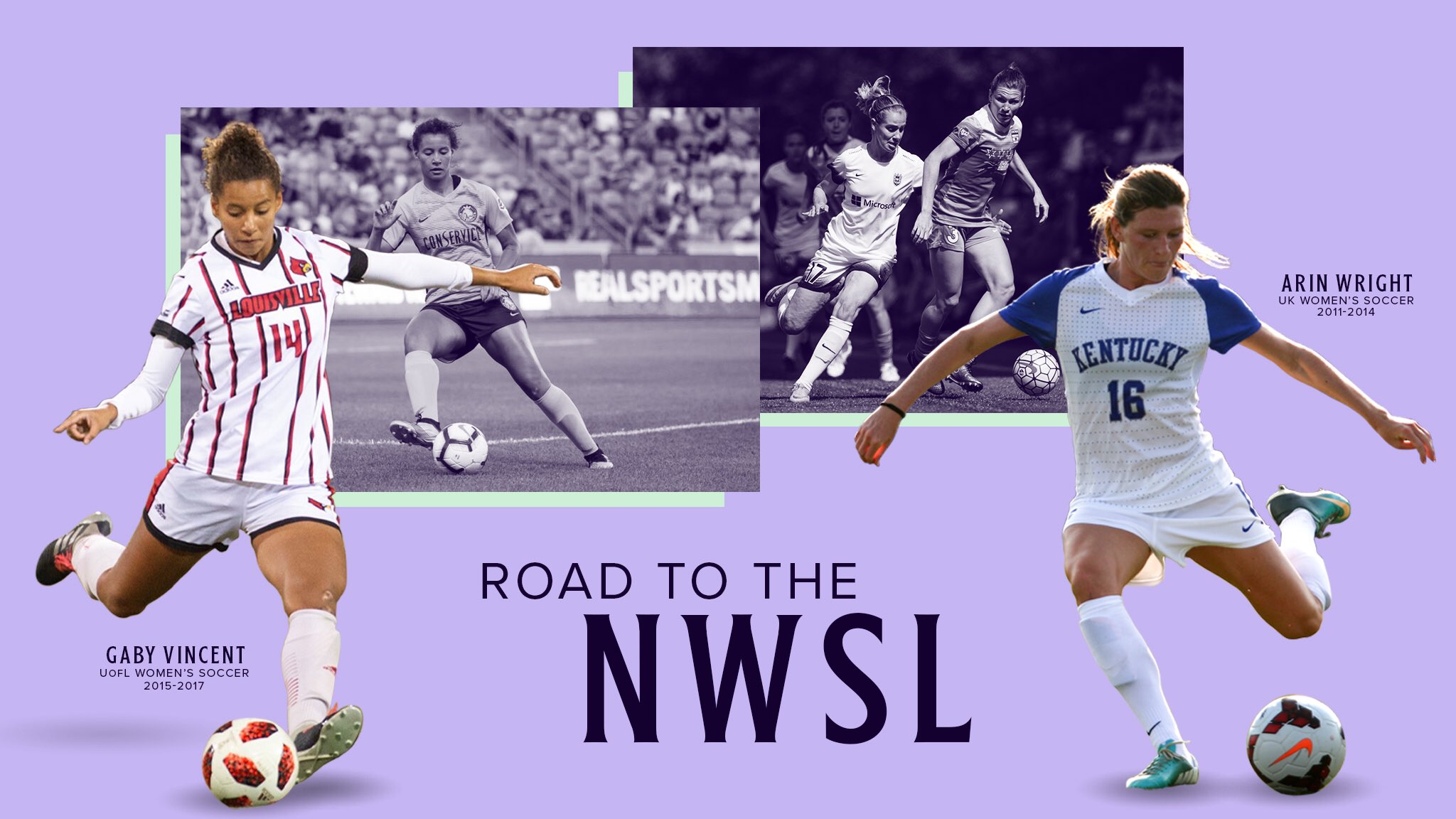 Home to players from all over the world, the National Women’s Soccer League also contains a few personalities with ties to Kentucky and the regional footprint stamped by Racing Louisville FC.

Three current NWSL players played collegiately in Kentucky, and a few more call nearby states home. Here’s who to know before Racing Louisville FC kicks off in 2021...

This is a player that is the very definition of Kentucky made. She grew up in Lexington and stayed home to play for the University of Kentucky, where from 2011-2014 she earned her fair share of awards. Most notably, Wright was a finalist for the prestigious MAC Hermann Award -- given to the best collegiate player in the country -- her junior and senior years. In 2014, Wright was also named SEC Defender of the Year and First Team All-SEC while finishing up a college career numbering 30 goals and 25 assists. Wright went eighth in the 2015 NWSL College Draft to the Red Stars and in 2016. Since then, the defender became the first player from Kentucky to earn a senior United States Women’s National Team call up.

A native of Maryland, she attended the University of Louisville, appearing in 54 games for the Cardinals -- all starts -- while scoring six goals and registering three assists. After going undrafted, Vincent found herself invited to open tryouts around the NWSL, including with the Utah Royals. During the 2019 season, the Royals signed her to a supplemental roster; she went on to start seven games while the club’s international players were away for the World Cup, then signed a full contract in July of last year. Vincent led all Royals rookies in minutes played as a result.

From Elk Grove Village, Ill., Hubly spent three seasons with the University of Kentucky, including a 2014 campaign in which she and Wright helped advance the Wildcats to their first ever Sweet 16 appearance. After redshirting, Hubly finished out her collegiate career at DePaul University, where she led the Big East Conference in assists with 5 in 2016. Like Vincent, she went undrafted, but in 2017 Hubly signed a contract with the Portland Thorns. Hubly has since worked herself into the Thorns’ lineup, appearing in five of six games for the club during the recent NWSL Challenge Cup.

While those end Kentucky’s direct connections to the league, these other NWSL standouts hail from neighboring states...

Bledsoe is one of four players on the Spirit that call Cincinnati home. Bledsoe attended Wake Forest. where she played more than 8,000 minutes in goal and still holds the school record for most shutouts in a season at 14. In addition to the NWSL, in which she’s played for Sky Blue FC and the Orlando Pride, Bledsoe is a regular with Sydney FC of Australia’s W-League during the offseason. In 2018-2019, she was named the W-League’s Goalkeeper of the Year and that same season received her first USWNT call up.

This Cincinnatian also attended Wake Forest. While with the Demon Deacons, Feist played in 78 games, scored 22 goals, and registered 10 assists. She was drafted by the Spirit with the 17th overall pick in 2019. Feist was an important piece of the Washington attack during the Challenge Cup as she started four of five games and scored a goal.

The third of Washington’s Queen City players has been with the Spirit since the NWSL began play in 2013. Huster and Bledsoe actually went to the same high school, Saint Ursula Academy, and played a season there together. Huster went on to attend Florida State University, where she started 91 appearances for the Seminoles. She was Washington’s second pick in the 2013 NWSL Supplemental Draft and currently has the fifth-most regular-season NWSL appearances with 138.

The most well-known name to come out of Cincinnati, Lavelle attended Wisconsin before going as the No. 1 pick in the 2017 NWSL College Draft to the Boston Breakers. After the Breakers folded in 2018, Lavelle was also the first pick in the dispersal draft to Washington. In 2019, she added World Cup and Bronze Ball winner to her growing list of accomplishments, with Lavelle putting an exclamation point on the USWNT’s run thanks to a goal in the final.

Brooks is from Evansville, Ind., not far from Louisville. She attended the University of North Carolina, where she was a two-time captain for the team and won NCAA titles in 2009 and 2012. Selected 23th in the 2013 draft by the Portland Thorns, Brooks has journeyed around the league, totaling 123 regular-season appearances.

In addition to these players of local interest on rosters, there were 10 players available in the 2020 NWSL college draft with ties to Kentucky or neighboring states -- evidencing a strong pipeline that could lead one to Racing Louisville FC when the club begins play in 2021.