Ahead of Sunday's championship game, these strikes showcase the league's quality. 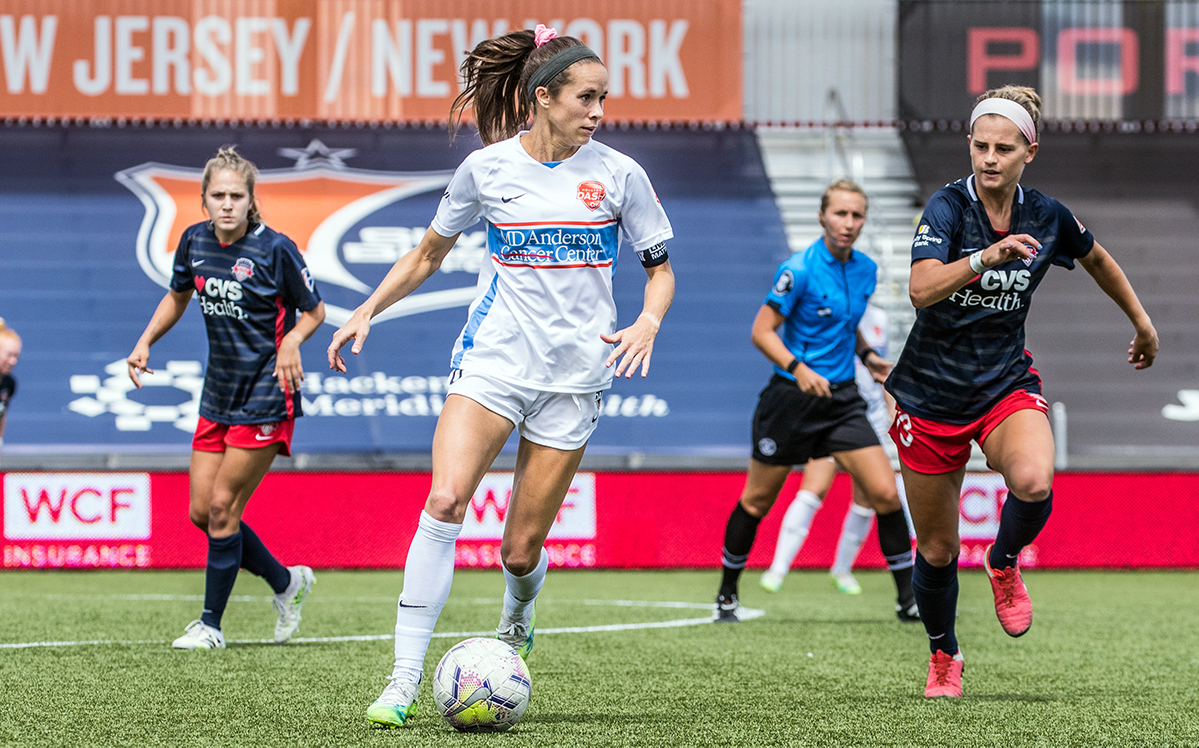 The NWSL Challenge Cup’s final is set for 12:30 p.m. Sunday, with the CBS broadcast between the Chicago Red Stars and Houston Dash bringing to a close an exciting tournament out in Utah. Before a champion’s determined, let’s look back at these six top strikes.

The Houston Dash forward has scored two terrific goals in the tournament so far, making it tough to decide which was better. So we’ll highlight both.

The first goal came in a 3-3 draw against the Utah Royals in which Groom was wide open and put away a first-time shot from just inside the top of the box.

Against OL Reign, Rachel Daly delivered a cross to the box that Groom absolutely hammered home. Groom got up high and put away a powerful cross to help Houston earn a 2-0 win that day.

Shea Groom notches yet another magnificent goal in the #NWSLChallengeCup! pic.twitter.com/vCLmlEH8OW

Veró Boquete against the Houston Dash

This strike also came in that 3-3 thriller between the Houston Dash. After a foul just outside the box, the Utah star was able to place a free kick perfectly into the side netting past Dash keeper Jane Campbell.

Sam Staab against the Portland Thorns

In the 77th minute, the Washington Spirit was able to find an equalizer goal against the Thorns thanks to a Staab header. Off of a corner kick from Dorian Bailey, Ashley Sanchez sent a backheel flick into the box, where Staab was there to head it home and force a 1-1 draw.

Nahomi Kawasumi against the Houston Dash

Upon seeing Houston’s Campbell positioned off her line, Kawasumi had the perfect touch and chip her to place the ball into the back of the net. The goal was one of two for Sky Blue in this victory.

A chip that harkens back to the 2011 @FIFAWWC @NahoKawasumi_9 is tonight's @budweiserusa Woman of the Match! #NWSLChallengeCup pic.twitter.com/mDrSaTpytC

Lynn Williams against the Washington Spirit ​​​​​​

Williams, one of the fastest players in the league, proved it again on this solo strike. After falling, the North Carolina Courage standout recovered and took the ball all on her own for a goal.

"It's not IF Lynn Williams will punish you, but WHEN."@lynnraenie with a solo masterpiece