The club will feature top facilities in a town known for winning soccer titles. 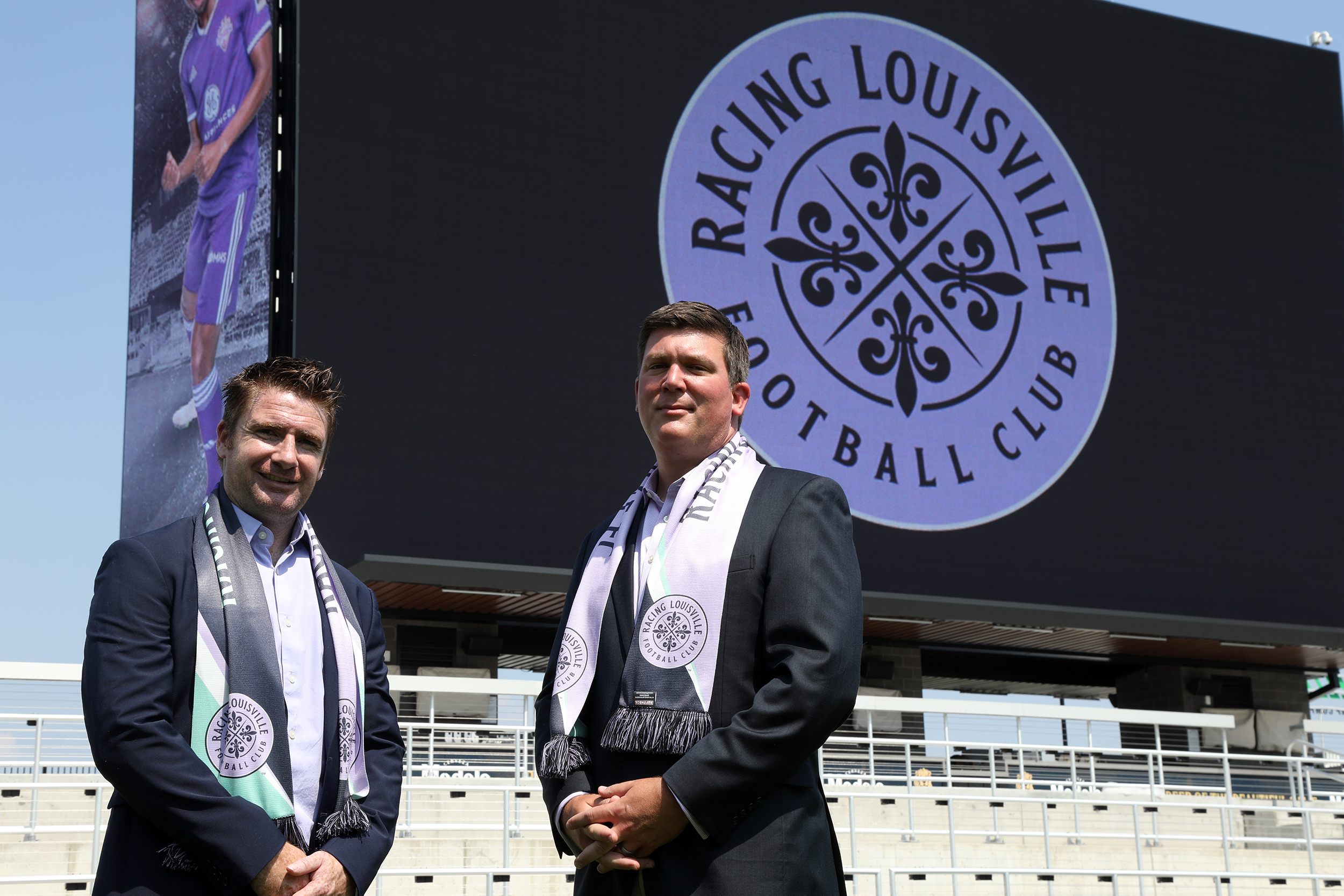 In helping announce Racing Louisville FC’s crest and colors this week, O’Connor also delivered a message fit for NWSL players, a number of which are household names with an important part in the United States' run through the 2019 FIFA Women’s World Cup.

“When you look at the brand and the phenomenal job that the club has done in launching the brand, I think straightaway people can see it’s serious,” O’Connor told reporters Wednesday as Louisville’s new Lynn Family Stadium served as a backdrop.

“We’re standing in a ($65) million stadium. We’ve got a multimillion dollar training complex that’s going to be here. I think any prospective player that looks at it will go, ‘Well, they’re really serious. They’re really ambitious.’

“It’ll be a place that players will really enjoy playing. They’ll be made to feel at home, but they’ll be given the facilities to be able to get better. I think as a player, that’s what you always want.

“You want to play for a club that’s striving to achieve things but also to improve you as an individual. I think every player will get that here.”

O’Connor cited an expansion draft coming later this year, the task of filling four international roster spots and January’s college draft as points on the calendar for Racing Louisville FC’s supporters to note.

Within a month, too, parent company Soccer Holdings, which runs both LouCity and Racing, could make a hire for the women’s side coaching position.

“We’ve got down to the final few on a short list of great candidates,” O’Connor said. “There’s a couple in particular that really excited us, so we’re finalizing that, and we expect to make an announcement probably in the next three to four weeks hopefully.

“I think we’ve been blown away by the interest that we’ve had both nationally and internationally.”

Racing Louisville FC will debut in the spring of 2021 at Lynn Family Stadium, which hosts its inaugural game Sunday as the USL Championship restarts. Pittsburgh Riverhounds SC will visit for a 5 p.m. game airing on ESPN2 and SiriusXM FC.